Greg Hill plans to ascend 100,000m in a month. It's a challenge that will test his mind and body to the absolute limit and demand all his powers of endurance to succeed. As yet, he doesn't know if it's possible.

In March Suunto ambassador Greg Hill will attempt to ski 100,000 vertical meters. That's up, as well as down. If he pulls it off, it will be an awe-inspiring achievement. 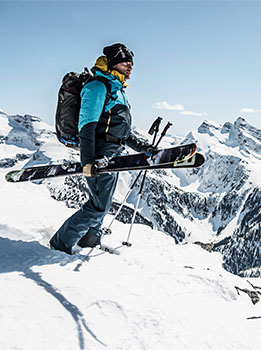 What makes it all the more challenging is that these will not be repeated ascents on well-groomed pistes at his local ski resort. Instead, in true Suunto style, the ascents will be made in the heart of Canada's backcountry wilderness. Greg will be exploring new lines and making first descents. Nothing will be repeated.

“I've always been curious about my human potential and to see what I can do,” Greg says in his new video about the project.

“I'm a little scared. There are avalanches, there are injuries, there are lots of things that could happen. But I'm going to try.”

He'll use his Suunto Ambit2 to record his ascents and you'll be able to follow his progress on Movescount.com.

The challenge – in which he’ll struggle to eat enough food to maintain body weight while burning thousands of calories per day – will almost certainly be a first in ski mountaineering. 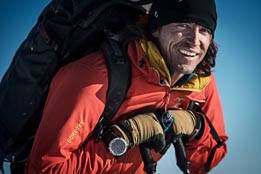 It will require him to spend every waking hour of every day climbing, skiing, eating and traveling and will also involve considerable logistical planning.
“It's intimidating,” he acknowledges.

The challenge will take place in the 38-year-old's backyard — a remote part of British Columbia, Canada. It's the ideal playground.

“There are so many un-skied mountains and lines in the Canadian wilderness around my home. It's just waiting to be explored,” he says.

Check out the video and Greg's website for more details on the project. We'll also be sharing updates on our Facebook page.