One half of the Berghasen blog and training resource, Susi is concerned many endurance athletes, whether trail runners, mountaineers or cyclists, believe they can skip the gym altogether or just do a little bodyweight training and that will suffice.

“One of the most common myths in the endurance world is that athletes should avoid lifting heavy weights, as they don’t need that for endurance, or that it will cause them weight gain and may slow them down,” Susi says. “This is just a myth. Actually, HIRT will make you faster, stronger and less prone to injury.”

Scroll down for five reasons why to make HIRT part of your training plan. 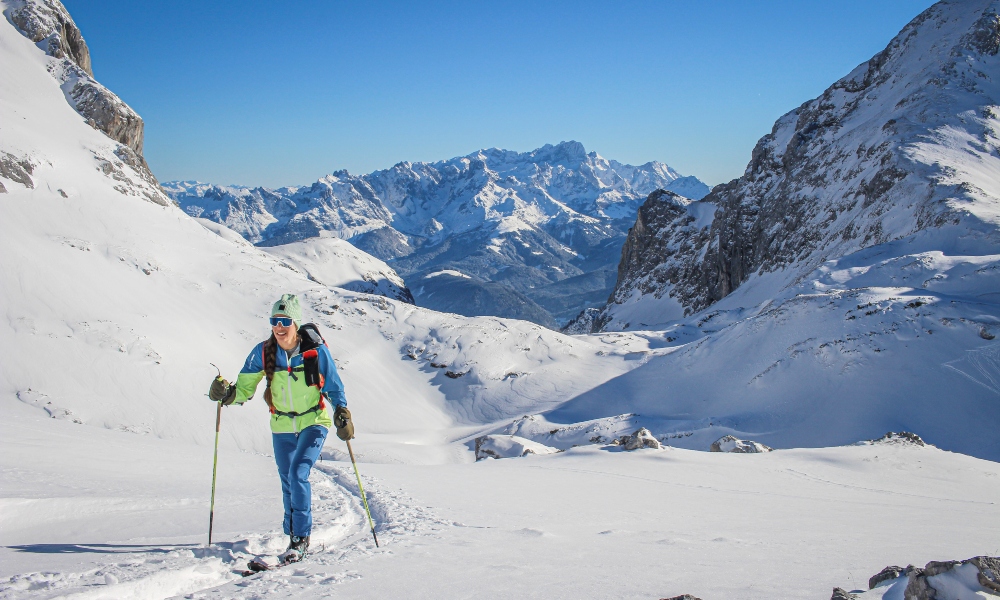 Susi is a passionate ski mountaineer. Photo by Berghasen.com

HIRT is a high intensity form of strength training that aims to enhance maximal and explosive power, Susi explains. The goal is to build the level of strength optimal for a particular sport rather than becoming as strong as a powerlifter or as ripped as a bodybuilder. HIRT involves lifting heavy loads for only a few repetitions and focusing on the quality of movement and technique. The purpose is to stimulate the muscles and other structures in the body so they become used to heavy loads. Another general rule of HIRT is to lift the heaviest weight you can maintain throughout the sets, without compromising form.

A 2018 meta-analysis published in the International Journal of Sports Physiology and Performance, found endurance athletes (including runners, cyclists, cross-country skiers, and swimmers) benefitted from adding a strength training component to their training. It found athletes improved their energy cost of locomotion, maximal power, and maximal strength. Specifically, high weight, low repetition sets - HITR - were found to provide endurance athletes the best performance gains in addition to their endurance sessions.

Gets your body used to heavy loads

To continue getting faster for longer season after season as an endurance athlete, your body needs to be able to handle increased loads without breaking down. Lifting heavy weights provides exactly that by strengthening tendons, ligaments, collagen, and bone density. It gives the feedback your body needs to get used to carrying load on inclines and at distance.

Lessens the likelihood of injury

Being strong is one thing, but staying injury free is another. The ancillary effects of weight lifting include stronger ligaments and tendons, as well as the creation of new neural pathways, which can help you stay healthy.

Endurance sports have some of the highest rates of injury of any [professional] sport. Most of these injuries are due to overuse or ankle sprains, which can be prevented with HITR. Building up a bulletproof body will also allow you to withstand more training stress. The culmination of these two things is consistency in training, and that leads to faster race times.

Studies have found that weight training can maintain healthy bone density and protect our joints. As we get older, bones can lose their density and osteoporosis, a common disease, can cause them to weaken and become more brittle. HITR helps to prevent this and strengthens the supporting cast of muscles surrounding joints, resulting in less force going directly to the joint structure.

But first, establish a base

Before launching into HIRT make sure you have first established a decent level of base strength. Do not start HIRT if you haven’t done much strength training before. Instead, begin with a bodyweight training routine first and develop strength safely and gradually. To avoid injury while working out, also make sure to learn the correct technique for each exercise before you start increasing the weight.