Brody Leven recently cycled from Portland, Oregon to Seattle, Washington, with the goal of climbing and skiing huge volcanoes that were 'on the way'. Surprisingly, he tells us the downhills were harder than the ascents...

What the idea behind this trip?
The goal was for two college friends, who hadn't had an adventure together in years, to ride bikes from Portland to Seattle...the long, hard, and painful way – effectively tripling the typical route's distance – in order to climb and ski Mt. Adams, Mt. St. Helens, and Mt. Rainier, three huge Washington volcanoes. Personally, I wanted to combine two activities that I love, ski mountaineering and bike touring. We also wanted to remind ourselves that we don't need big budgets, helicopters, worldly knowledge, or even a passport to have a good, old-fashioned adventure.

What bike were you riding?
It's a hybrid cyclocross/touring bike – a triple-ring, aluminum frame, with a carbon fork, fenders, comfortable touring seat, racks, five panniers, and customized single-axle trailer. I've only ridden the bike three times in four years: solo across the United States in six weeks, around the coastline of Hawaii in two weeks, and now the hard way from Portland to Seattle in two weeks. I'd never put a trailer on it before this trip.

How hard is it to cycle with all that gear?
It isn't even like riding a bicycle. It feels as though you're riding something different, something other than a bike, some sort of vehicle. If you look over your shoulder and swerve, you're going in the ditch (which I learnt the hard way). You can't just throw your leg over the top and start peddling – instead, you need to do this weird running push-start. The weight made it incredibly difficult to ever get out of the granny gear. 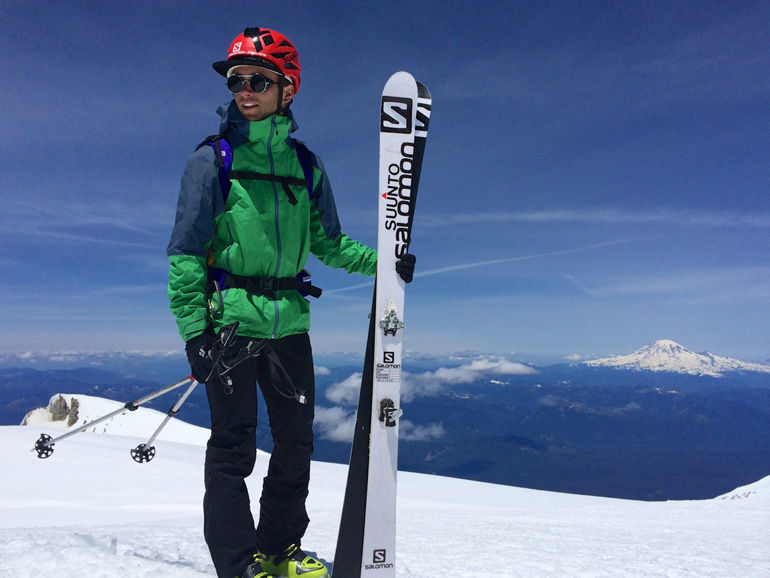 How were the downhills?
I wasn't comfortable enough to really get moving fast down hills until ten days into the trip, when I started to use my body as a sail to slow down. This is noteworthy because going downhill was often much more difficult than going uphill, since my brakes were almost worthless with that much weight moving the bike. You had to keep it perfectly upright in order for it not to fall over, and the trailer was constantly in danger of jack-knifing.

Road or off-road?
Maybe 75 miles (120 km) we biked were on loose dirt, gravel, or sandy roads. But they accounted for about 90% of the trip's overall effort, as they were often on the biggest hills.

Did you have to push?
Not uphill! But descending hills was so hard that I occasionally had to step off and walk my bike for a while, allowing my brakepads and rims to cool off (they were very hot to the touch, noisy, and ineffective). Even walking it down hills was difficult, because balancing it perfectly upright was essential or all of the weight would topple it over.

Click here to see Brody's 120km ride from Portland to Hood River – and here to see his ski tour on Mt Adams.

Biggest challenge of the trip?
Riding the 15-mile, 3,500-foot, dirt, gravel, and sand Mt. Adams approach road after biking 40 miles that morning was so hard. Also, not eating every cinnamon roll and huckleberry shake in a 400-mile radius tested my self-control!

All images ©Brody Leven. Check out more of his adventures on Brodyleven.com