It’s the Royal Canadian Geographical Society’s Expedition of the Year – the Bell Island Mine Dive. Suunto ambassador Jill Heinerth is part of the team exploring the vast and submerged mine system. Scroll down to learn more and to see images of this incredible dive site. 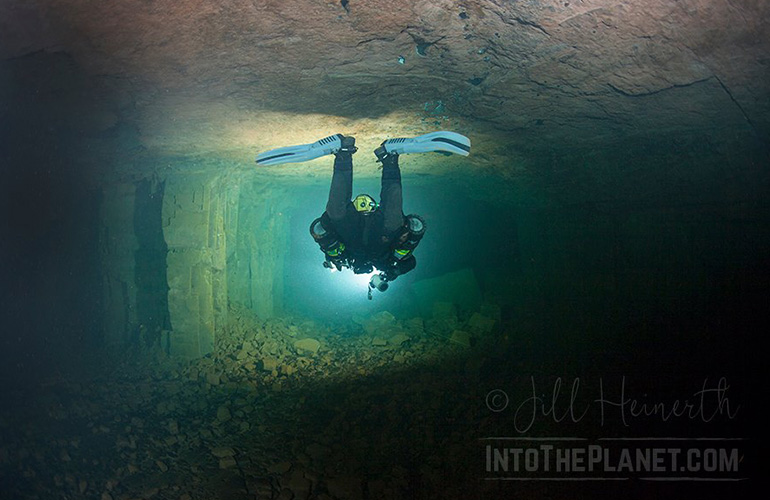 Canadian underwater explorer and technical diver Jill Heinerth is part of a team now exploring 100 km of long-abandoned mining passages beneath the seafloor of historic Bell Island, which lies off the coast of Newfoundland, Canada

“The plan is to open this site for guided cave diving for experienced divers,” Jill says. “Ocean Quest Adventure Resort already boasts the ‘Truk of the North’ in terms of shipwrecks. Couple that with the mine, icebergs and humpback whales, and you have one of the finest diving destinations on the planet.”

“Shipwrecks, the mine, icebergs and humpback whales – one of the finest diving destinations on the planet.” 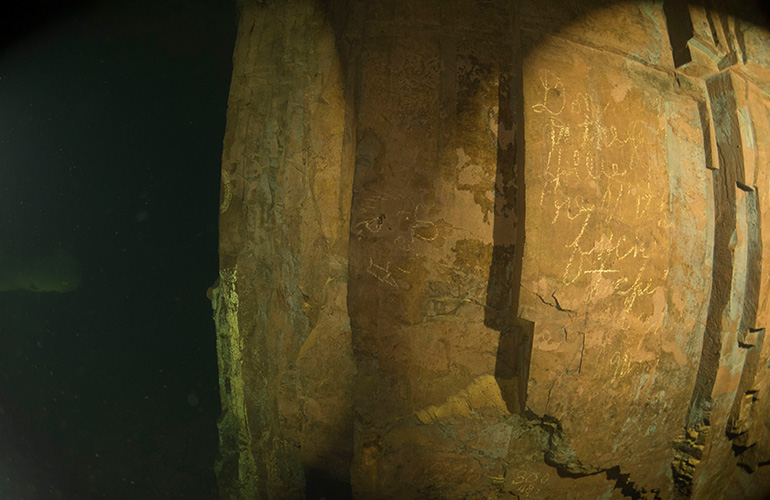 The plan for the expedition is to establish some primary guidelines for others to follow in the future and to get an idea of what was left in the mine when it was abandoned in 1966. So far, they have found everything from the remains of a miner’s lunch kit, an antique Pepsi Cola bottle, to large pumping equipment and pressure dampeners.

“The walls of the mine also tell an important story; miners left behind basic graffiti on the walls such as columns of addition but also painted caricatures in lampblack and white crosses where their colleagues died. It all tells the anthropological story of mining.” 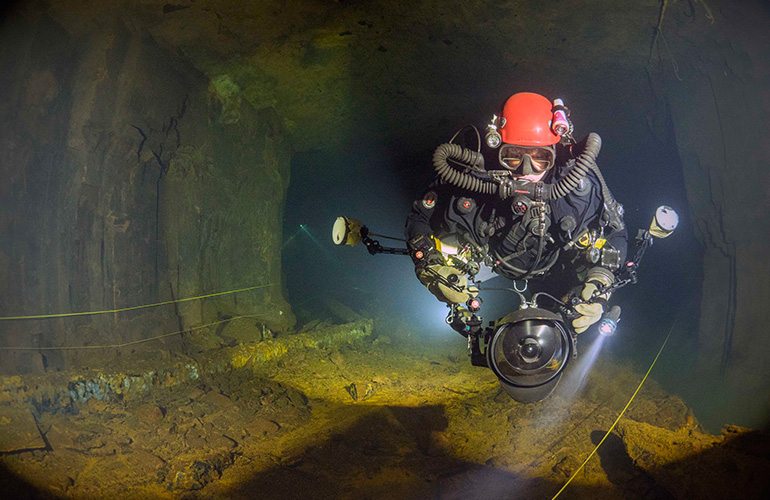 The expedition will also explore the island’s staunch local culture and WWII shipwrecks in its harbour.

“The high-grade ore coming from the Bell Island mine was critical to shipbuilding during the war,” Jill says. “In 1942, a German U-Boat sunk four ore carriers and blew up the loading wharf on Bell Island. Seventy men died. The four shipwrecks are a part of this project and I will be back to document them in summer.”

Engineers have helped the team assess and mitigate risks in the dry part of the mine. The hematite ore walls can collapse simply by leaning against them. Underwater, they have experienced whiteout conditions from inflowing meltwater. The remaining electrical supply line is an entanglement hazard.

“We have to employ very prudent and conservative diving protocols to keep everyone safe and that means a big team topside to help in the logistics and safety.”

“It all tells the anthropological story of mining.” 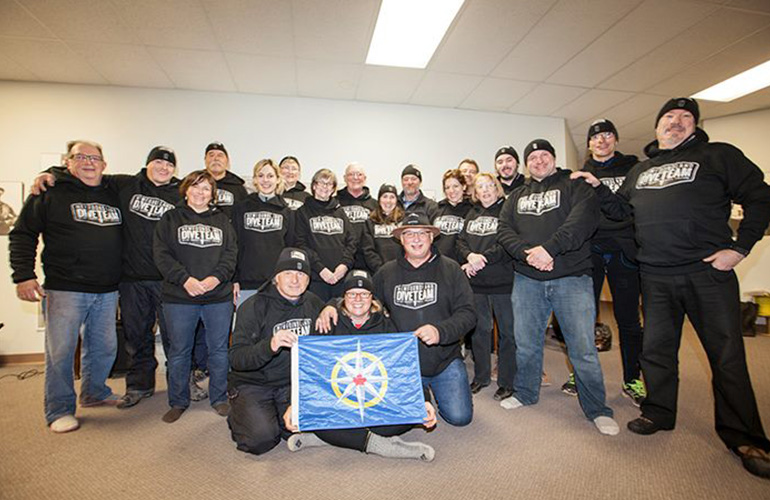 The team includes some of the best technical divers in the world. Most are from Canada, and two others are from Britain and Germany.

“The majority of the team is using rebreathers in order to lessen the impact of percolation from the ceiling and to increase warmth and comfort.” 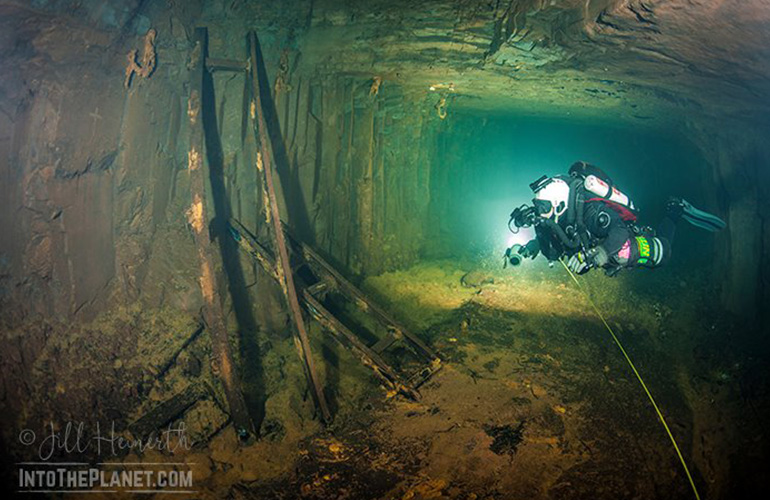 Fierce weather has created problems for the expedition. Blizzards, gales, floods and complete melts have each made things difficult.

“The weather made travel across the Tickle to the island impossible on some days and on others we had a river of rushing meltwater flooding the infrastructure we had built for the project. It has not been easy, but we are learning about the forces of nature that will affect further exploration here.”