FREE SHIPPING OVER Kr. 750 | OUTLET | SIGN UP FOR NEWSLETTER

Seven time world triathlon champion Conrad Stoltz, aka Caveman, has a secret: in his free time he enjoys getting his hands dirty with some old fashioned manual labor.

Caveman Conrad Stoltz wouldn’t be where he is without a lot of hard work.

After all that blood, sweat and tears getting to the top as a triathlete, you might guess the four-time winner of the XTERRA World Championship favors lazy days in his downtime.

Nope. Not Caveman. Instead he likes getting his hands dirty with some hard graft. 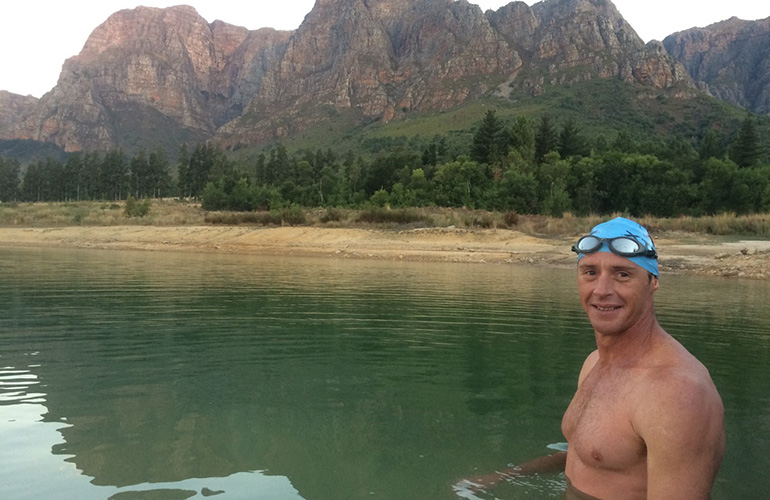 Caveman built his own pool to cut down travel time. © Conrad Stoltz

This predilection first grew out of a problem: a few years back Conrad needed somewhere to swim when he was staying at his family’s remote farm in South Africa.

Rather than travelling a long distance by vehicle to the closest spot, he rolled up his sleeves and made his own swimming pool in the backyard. Over three summers he dug out a 25 m long trench, lined it with sandbags and plastic before hooking up a pipe and filling it with water from a nearby stream. No diggers, all by hand.

“For some reason I enjoy hard manual labor and then seeing a solid result at the end,” he says. “Whereas with a lot of the other work I do, with training and triathlon, I work really hard, but at the end of it you don't really have something concrete to show for it.” 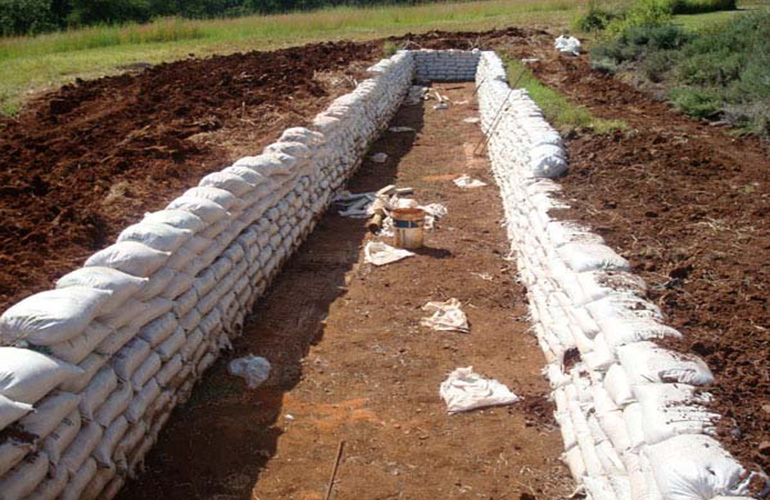 After completing his pool, Conrad moved on to a new labor of love: he built a dirt pump track for the local kids in a poor community nearby his home in Stellenbosch.

A pump track is a small, looping trail with dirt mounds and is designed for bicycling without pedaling. Riders use a pumping motion to maintain their speed as they ride around and around.

Conrad and friends were given land on the edge of town for the project. With the help of a digger and about five men, they had it built in a few short hours.

“Pump tracks are a fun way for kids to learn to love cycling,” Conrad says. “It’s a social gathering place and a breeding ground for budding mountain bike or BMX riders.

“Kids like being challenged, learning new stuff, being active without feeling like its serious training. When kids have fun on bikes they tend to stay off the streets and out of trouble, which is the main reason I built this track.

“I’m quite passionate about it and will do some coaching there too.” 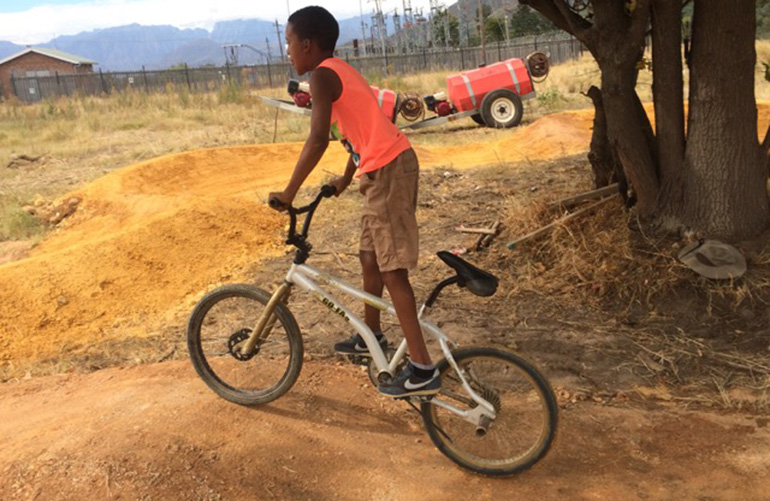 Previous
ryan-run-tips
Next
Will Profile