Underwater explorer Megan Cook is taking over the @suuntodive instagram for a week, starting today, August 1, 2016. Join her as she retraces the first US ocean exploration expedition. 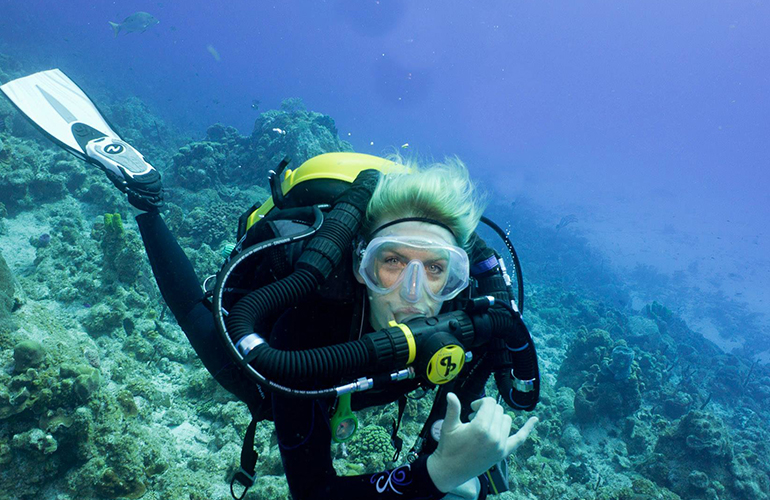 Who are you and where are you from?

My name is Megan Cook and I am an underwater explorer! I work for a deep ocean exploration and education group called Ocean Exploration Trust and am proud to have fed my insatiable ocean curiosity as a reef fish researcher, marine debris mitigator, freediving instructor, science communicator, and Rolex Scholar. I currently live in Newport, Rhode Island but am inviting you, the SuuntoDive family and fans, along on an adventure with me in Washington State’s Salish Sea on the US west coast.

I’m joining my friends to #retracethewake of the United States’ first ocean exploring expedition which travelled the world from 1838-1842. In 1841, the six ships of the US Exploring Expedition rowed and sailed their way around Puget Sound, British Columbia’s Salish Sea and the San Juan Islands pioneering the discipline of oceanography and gathering a rich scientific record to the region. The trouble is…they weren’t divers. We know now they were rowing over the top of some of the richest marine habitats and most productive ecosystems on the ocean planet. Come with me as I sail along the path of these 19th-century explorers diving at their study sites and introducing you to the fascinating life they missed underneath the waves.

Where do you dive?

I dive wherever I have the chance. I was originally certified in southern Idaho- my home state - hundreds of miles from the nearest ocean. I saw seven tires and one fish in that desert reservoir. Since that time I’ve been thrilled to dive in many beautiful pieces of water from Switzerland to South Africa, Australia to Antarctica!

What inspires you in the underwater world?

I am inspired by the vastness still waiting to be discovered in our oceans! Over 90% of the ocean remains unexplored. We have barely started reading the owner’s manual for the most important life support system on our planet. I love introducing new people to the ways the ocean touches their life, even if they have never touched the waves. I learn something new every time I put my face in the water and that wonder will never cease.

Is there a story that you wish to tell with your images?

Rather than highlight my greatest shots, I’m bringing followers live on an adventure as it unfolds. Together the crew share three decades of dive experience, but diving from the S/V Whistledown, a 35 foot, Spencer sloop will be a brand new adventure for everyone involved in this project.

This trip has helped me remember that for every brand new possibility on a mile of ocean, there is also a rich history. Many of the creatures we’ll meet during this photography trip will be well-known aquatic neighbours, yet the possibility of discovering new views, and fresh perspective is constant. Moving at sailing speed, I’m looking forward to glimpsing views of the inland ocean that astounded the sailors over 170 years ago. Come along with us using #retracethewake or by following me at @missmegancook. #RetraceTheWake will continue for five weeks sailing around Puget Sound and the San Juan Islands.