Now's the perfect time to be out there running, says Suunto ambassador Ryan Sandes, well – at least it is in the southern hemisphere. The Cape Town based runner is making the most of mid-summer weather to gear up for a couple of big projects for 2015, as he tells us below.

What's in your sights:
I'm very excited by the challenge of new races. I'm looking forward to TransVulcania in May. The distance of 83km will suit me.

What else?
The Western States. I've done it twice so I'm going there with high expectations! I've never run the UTMB and hope to run that in 2016. Another key 100 miler on my list is the Raid Reunion. 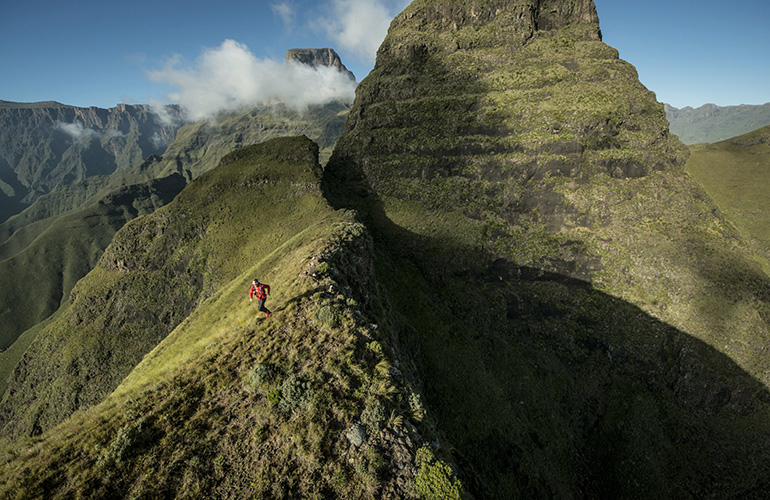 Racing or FKT, what makes your heart beat?
I enjoy racing but what drives me is the FKT movement. [Fastest Known Times: the challenge of setting a record time on a set route, typically up or across mountains, organised independently.]

I enjoy the whole adventure of setting yourself a challenge, the whole behind the scenes thing, checking maps, preparing, not knowing what lies ahead, it beats my soul. That really excites and motivates me. In a race you know you will finish. With an FKT you don't actually know if you will and that's really exciting. There are a few FKTs I'm looking at. Most are in Africa around Kenya and Tanzania. 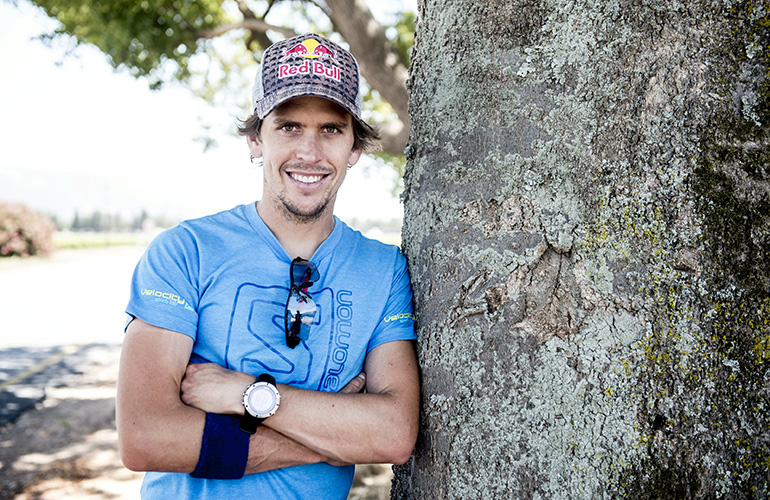 Tell us about the Grand Drakensberg Traverse.
[In March 2014 Ryan Sandes and Ryno Griesel smashed the FKT for the 204km traverse of the Drakensberg mountains in South Africa, running the wild mountain ridgeline in 41h and 49m.]

It was really cool to achieve but it wasn't just about running the fastest time. It was the whole experience of crossing the mountains north to south.

What was the hardest part?
The preparation when we scouted the route! We had really bad weather – I've never seen anything like it. There was snow, hail, lightning and torrential rain. It was pretty scary! The next time I got hammered by the altitude. Every time an element humbled me.

Peak or Sport?
I'm using the Ambit3 Sport Blue and really enjoying that. The Suunto Movies are really cool. But for my longer runs I'm more of a Peak guy for the longer battery. It's really useful to be able to track my distance and climbs.

What's next?
I'm setting up an FKT that other people can try but can't say any more at the moment!