Get the results from the first ever summer edition of Suunto’s annual World Vertical Week.

Wow. 70,000 participants in seven days. That’s how many people chased vertical meters with us in the first summer-fall edition of World Vertical Week. The Suunto community’s outdoor summer sports enthusiasts raised the stakes in more ways, proving they can hold their own with the vertical appetite of the winter outdoor sports tribe any day. The ball is now in your court winter tribe!

Read on to see the results of the national and sport-based rivalries and see who came out on top!

Austria deserves an applause. It’s the country with the highest average climb per activity, 465 m, a little higher than its winter result, when it also achieved first place. The alpine nation has held first place in this category for five of the last six editions. It only lost its crown in 2019, falling to fifth place. What’s more, it finishes in the top five of six more categories. Well done Austria! 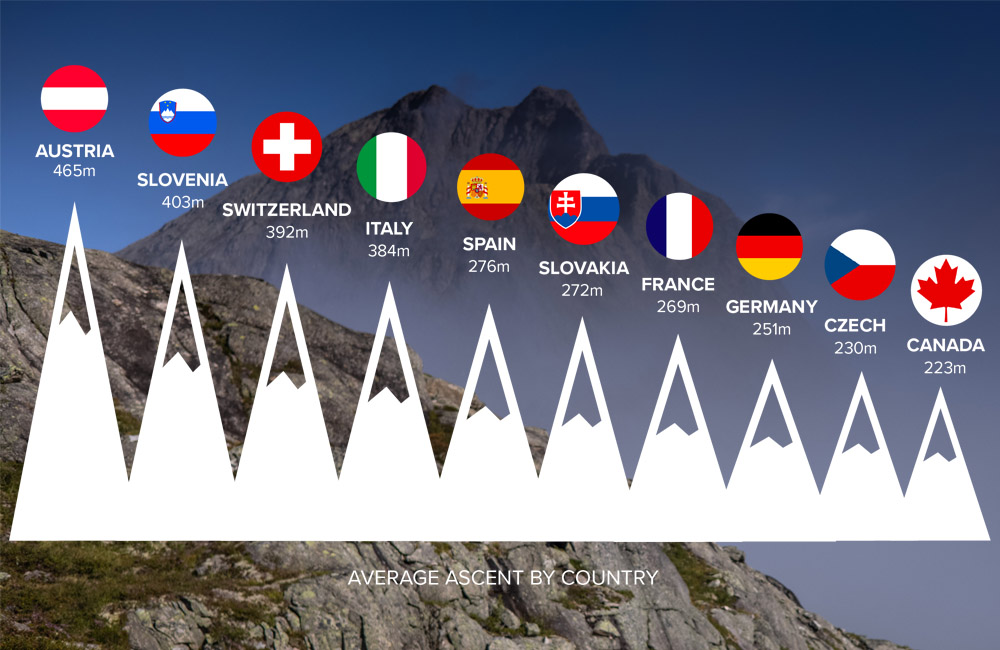 Punching above its weight

Slovenia, a tiny mountainous nation of 2.1 million people, clearly has a serious appetite for  pushing uphill. Aside from Austria, it’s the only other nation to feature in the top five of seven categories. Respect!

Spain comes in first for the total ascent per country, followed by Italy and France. These three are always battling for pole position in this category. Spain has come first in this statistic for two editions straight now. 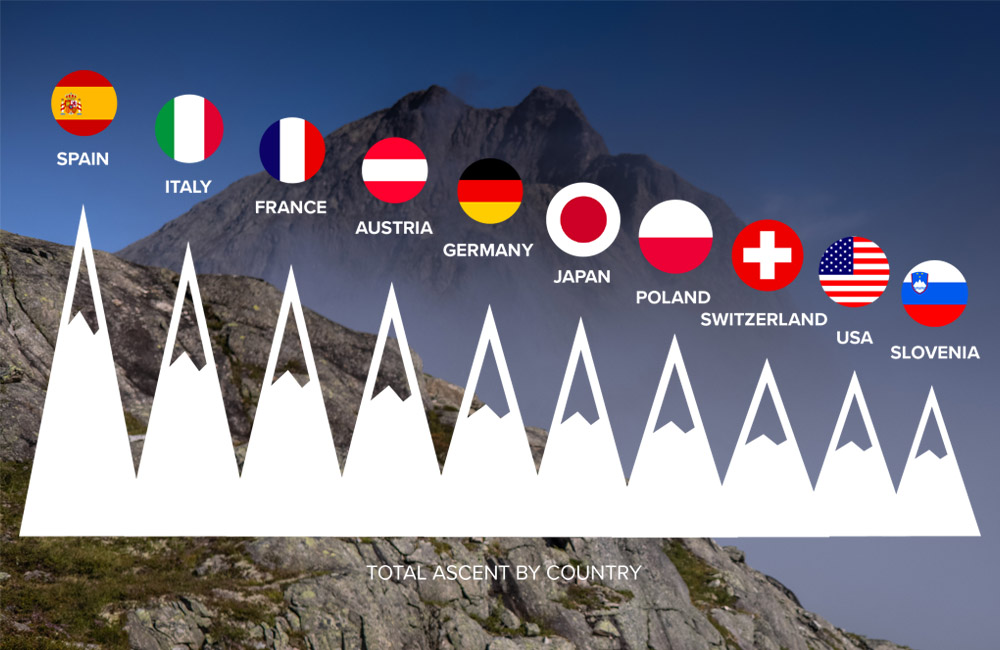 Perhaps one of the biggest surprises from this edition of the World Vertical Week was the massive individual performances. Whereas during the previous winter edition there was only nine individuals who surpassed 10,000 m of vertical gain over the week, this time there have been 59 people to do this - that’s a 500% increase!

Also a big increase was the number of individual activities that involved more than 3,500 m of vertical ascent. There were only 89 of these in the previous winter edition, and 218 this summer edition. Impressive!

They say mountaineering is 75% perspiration and 25% inspiration because it’s the outdoor sport that involves epic, often gruelling vertical ascents. That’s why it comes in first place for the highest average vertical ascents per activity type, with trail running coming a distant second. 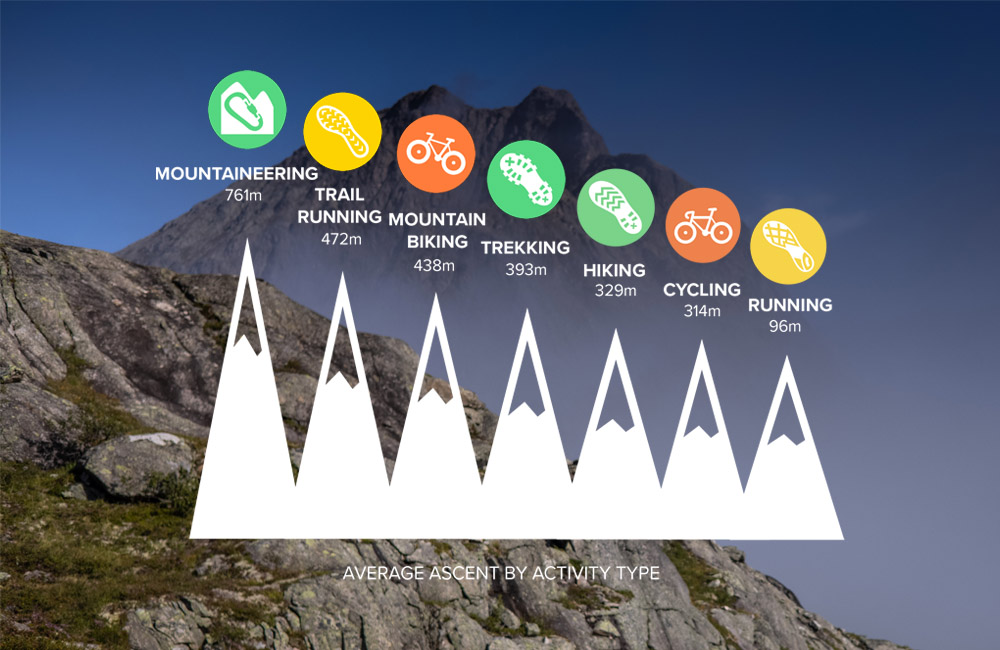 Italy, Austria and Switzerland all enjoy incredible alpine landscapes so no wonder mountaineering is so popular among them. Respectively, they take first, second and third for the highest average meters in the mountaineering activity type by nation.

We know Japan is a mountainous nation with an incredible trail and hut network. So it’s not a surprise to discover trail running is hugely popular there. Japan came out on top for the highest average vertical meters per activity for trail running: 806 m. Is Japan the next big trail running destination?