trail runner and mountain lover
Running is all about being in nature, in the mountains and forests. There's so much freedom to be had and the best time is being in the mountains, where the clock and the world outside don't count. Mountains are simplicity, freedom and responsibility — everything that I love! 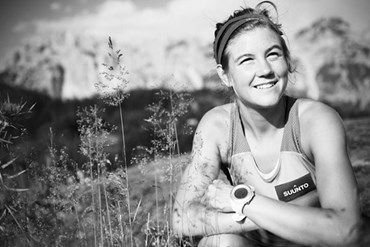