After winning XTERRA UK, the Suunto ambassador Conrad Stoltz now has Denmark in his sights. Is there any stopping him?

But the so-called 'caveman' put all that behind him after triumphing at the UK course.

“I finally did my form justice and put together a phenomenal race. It's what I love best!” he says.

“XTERRA UK is a race with real mountain biking and trail running – true XTERRA terrain, so I was super excited to race this course. This year I have been really disappointed with a lot of the courses which weren't technical. They were 'roadie courses’ – mostly fire roads which has been super frustrating.” 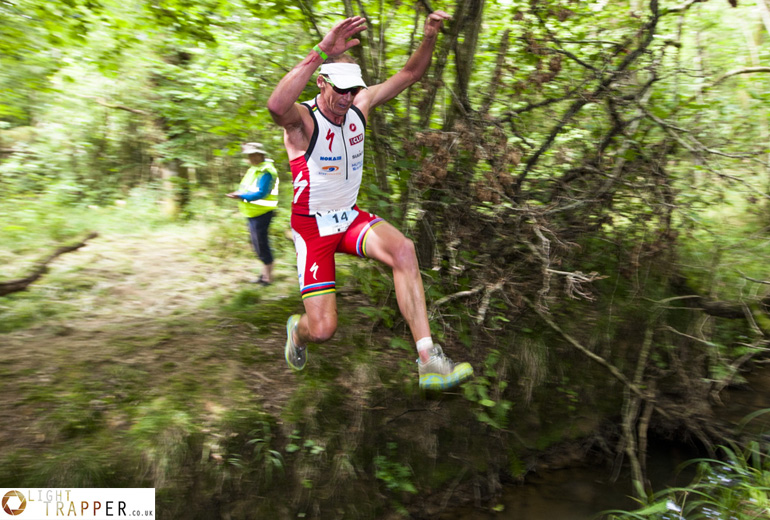 “XTERRA UK put up a great event with very technical bike and run courses,” he adds. The running course saw athletes having to leap across ditches and jump over trees, for example. Check out this video to see Conrad running the route.

“I was out of the swim 1min behind the leader and came off the bike with a 5 minute lead and a silly grin on my face,” adds Conrad.

“It was adventurous and fun. I hope other organisers take note and make sure their routes include actual mountain bike trails!”

Next on the calendar is Denmark this weekend and Conrad is as focused as he's ever been.

“I hope to repeat my performance here,” he says.