If there’s one word that will strike fear and awe into an iron distance athlete it’s Kona. It’s the race every triathlete aspires to do – at least once. What’s behind it’s magnetic pull? Ahead of the 2015 edition of the race this Saturday, we set out to find out.

Last year marked the 25th anniversary of an event remembered only by hardcore Ironman fans but it’s one that symbolizes much about the epic race – the struggle, the glory and the pain involved. 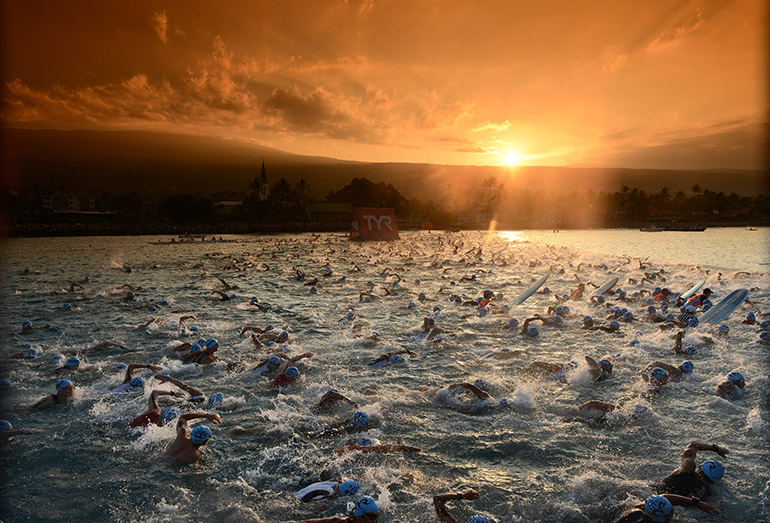 It was the year of the so-called ‘Iron War’, an epic duel between arch rivals Mark Allen and Dave Scott at the 1989 Ironman World Championship in which they fought neck and neck over the 226.2km course to finish just 58 seconds apart. The fierce rivalry and incredible endurance of the two athletes set the stage for the race to become one of the most popular challenges to feature on anyone’s ticklist.

“The spirit of Kona is really special,” says Suunto 9 product manager Markus Kemetter, who has competed in the race three times. “It’s the legendary place where Ironman triathlon was born and the race where the best-of the-best in long distance triathlon are competing every year.

"It’s also one of a few races where most of the competitors are present at the location for a whole week before the race so you can see the world’s best triathletes walking around the village.”

The fact that it’s been nearly the same course over the years adds to its attraction, says pro athlete Åsa Lundström. “That means that all the legends of my sport have been racing on the same circuit. Every corner has stories to tell of legendary clashes of triathlon titans. And the best part is that you have the opportunity to be a part of those stories in the future.” 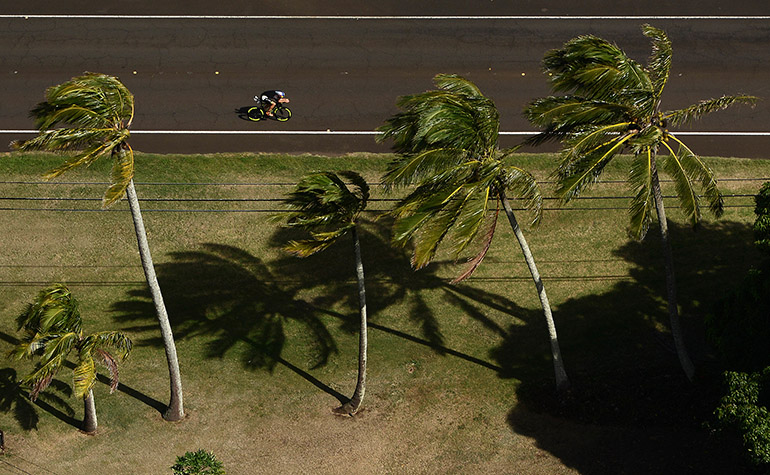 The race was famously the brainchild of a Naval officer John Collins, whose idea was to combine the three toughest endurance races on Hawaii into one race. What followed was a challenge to endurance athletes to see who was the toughest: swimmers, bikers or runners? On February 18, 1978, 15 competitors took part in the first ever Ironman.

It is now one of the most highly sought after – and difficult to enter races on the planet. A victim of its own popularity, competitors have to qualify to enter and it’s intensely competitive – 80,000 will vie for just 2,000 slots. 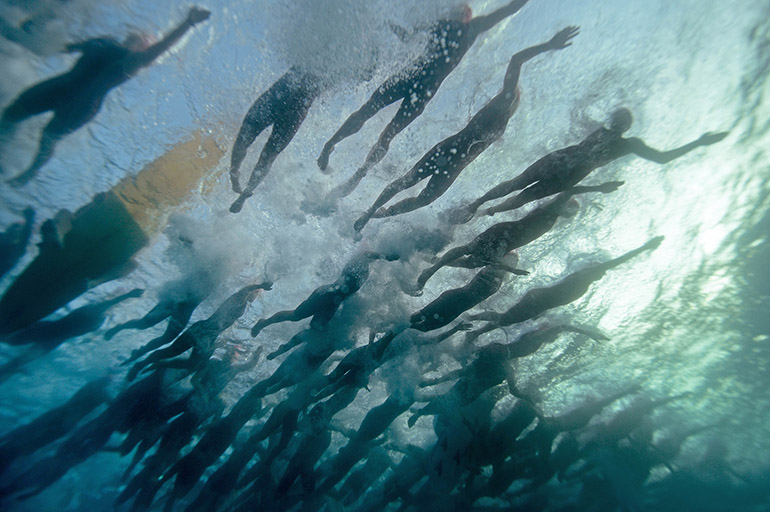 “It’s so competitive now,” says triathlon coach and ex-pro Richard Hobson, who competed in 1994, 1995 and then again in 2010. “To win my age group I’d have to race as fast as I was as a pro.” The experience of taking part can vary hugely for athletes, he adds. “When you race as a pro it’s all about doing well but it can be a pretty miserable experience. It was only having coached people who'd had such amazing experiences that I realised it’s not just about the race, but everything around it.”

Mainstays of Ironman tradition now include the Underpants Run, a 2.4km pre-race fundraiser. What started out as a protest against athletes wearing speedos around town is now an established pre-race event. 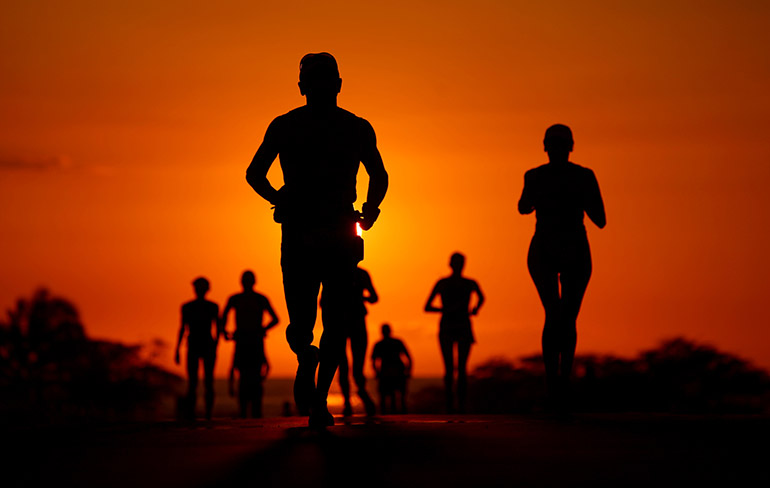 Apart from the atmosphere the one thing that makes Kona unique is the location itself and the course. It’s famed for its heat, humidity and wind. The swim is relatively straightforward provided the sea is calm but the bike leg can be brutal.

“The ocean is impressive, but not the big challenge of the race,” Suunto's Kemetter says. “The challenge starts on the cycling leg where strong side and head winds are common and can be strong enough to throw you off your bike. The black volcanic landscape is beautiful and the wide open views from ‘Queen K’, the famous highway leading to the turn point at Havi, are just amazing.

“On the run the countdown starts. This is when your ability to withstand the heat, control your energy and hydration is truly tested. The run starts at the hottest time of the day and sucks everything out of you by the time you finish.

“Crossing the finish line at Ali'i Drive in Kona is one of the greatest moments in a triathlete’s life.”

For pro athletes such as Lundström taking part, there’s only one thing on her her mind – and that’s to do well. “I raced last year but the saying is that it takes one tri run to get to know the race. That means that this year will be the first time I can really hit it and don't have to hold back! I know that I have the potential of top 10.”

For other athletes, Hobson advises not to go with the goal of doing well. “Go out to have a fun experience and enjoy the whole thing. So often people spend so long trying to qualify and they have a bad race and wonder what it was all about. You have to enjoy being out there and chances are, if you do that, you will have a good race.”