Most alpinists are happy when they summit two or three peaks during a trip. But then Ueli Steck is not your average mountaineer. Yesterday, the Suunto ambassador embarked on an epic summer challenge – to climb 82 4,000 m peaks in the Alps in 80 days with the German guide, Michi Wohlleben. Even more challenging, the pair plan to cycle between each stage. In all, they'll cycle 1,000 km and climb 100,000 m of altitude. 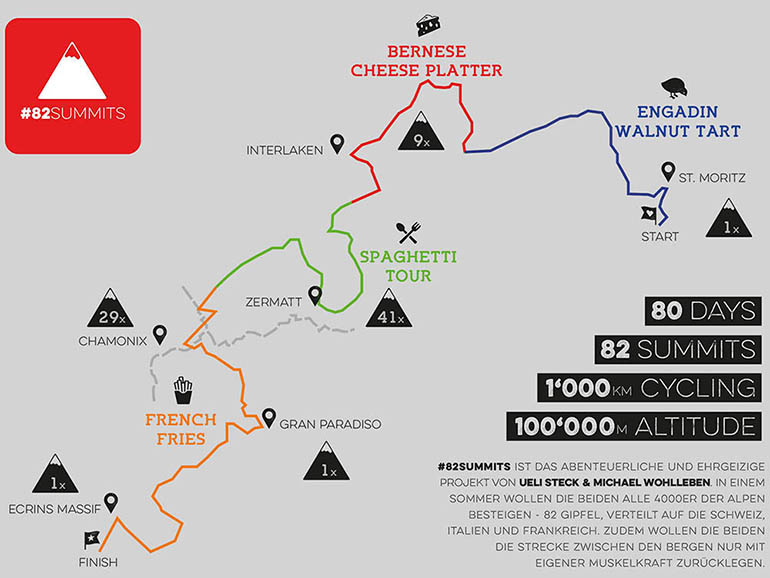 Amazingly, Steck says the trip is all about calming down, taking his foot off the pedal and not pushing records but just doing what he loves. “It’s about a message I want to send, to myself as well,” he told Swiss newspaper NZZ. “The message is that striving for records bears risks. If I stay in this routine of always going faster, higher, further I know that it will at some point have a deadly ending.” 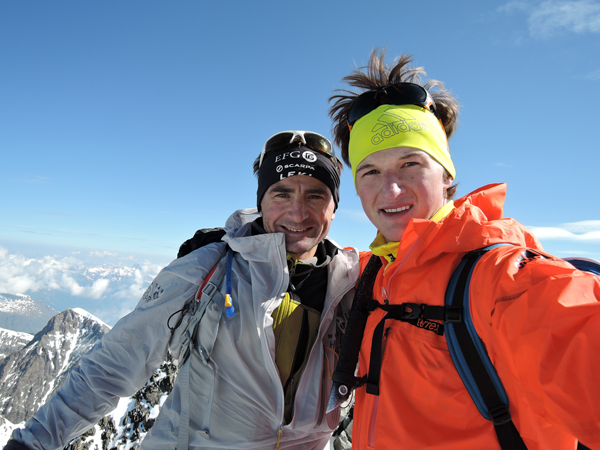 The pair reached the first summit, Piz Bernina, yesterday. 4049-meter high Piz Bernina is the most easterly 4000-meter peak in the Alps.