FREE SHIPPING OVER ฿6,000 | EASY RETURNS | SIGN UP FOR NEWSLETTER 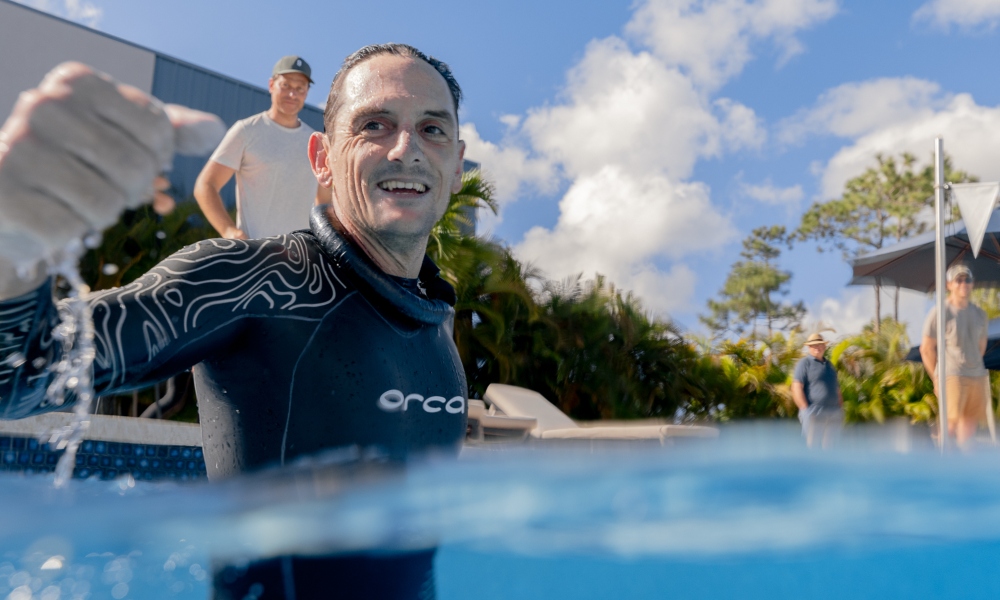 Depth freediving is unlike most other sports. To be successful, you need to be like a Zen master - calm and clear minded. Adrenalin, anger, stress, the flight and fight response are the sworn enemies of champion freedivers like Suunto ambassador William Trubridge. Instead, they cultivate calm and relaxation through a combination of mental and physical methods.

It’s his decades of exploring, developing and mastering these methods that led William to launch his new Mental Immune System program. It’s a double-pronged approach that uses these methods to dissipate stress, as well as to create barriers to its formation.

We caught up with the underwater Zen master himself to discuss the system. William just set a new underwater endurance swimming record by completing a distance of 50,575 m underwater on a breath hold, with no propulsive assistance. The distance was swum as 2,023 underwater laps of a 25 m pool in Nassau, Bahamas. He did it to raise awareness about the mental health crisis facing the world today.

Read on for our Q&A with William.

What is the Mental Immune System?

It’s a system for dealing with stress or anxiety issues. Or the general pressures of our age, and mental health problems that have become a real crisis in recent times. It’s like an app you can upload into your brain to work in the background. The idea is that it is programmed into your subconscious mind. It involves breathing and mental techniques that both have proven to have huge benefits for maintaining calmness and equanimity.

How did you come up with the idea?

I came up with the idea just by seeing how applicable the mental and breathing techniques that I used in freediving throughout my career were to deal with daily stress. Freediving is not like other sports in that the stress response, the adrenalin, the fight or flight reflex, cannot be channeled into a better performance in the same way they can in boxing or sprint running. In freediving it’s counterproductive because you’ll end up using oxygen quicker, maybe panicking underwater, which is the worst case scenario.

And the same applies to stress in our day to day lives. We’re not confronting sabertooth tigers anymore or living in the wild. Stressful situations normally involve family, loved ones, business, work, day to day life and in pretty much all of those if you respond with a flight or fight response you’re not going to go very far in life. The more calmness we can generate in those situations the more we will thrive. So freediving is very similar to daily life in that respect. I saw how effective these techniques were in freediving and when I started to use them myself in day to day life I found they were helpful and started recommending them to others and teaching them. I feel like it would be a crime for me to not make these techniques readily available.

We’re living in an age of mental health crisis. It was getting worse before COVID, and then the pandemic catalyzed it. The statistics are frightening. 40% of adults suffer from anxiety disorder and/or depressive disorder. It’s not just that people feel a little anxious now and then; it’s an actual disorder. And a lot of people are taking drugs to cope, which is creating other dependencies. Then there’s the younger generations which is maybe even worse. Kids who are run into the ground by these anxiety problems. It’s something that is very difficult for our species at this point in time and we need all the techniques we can get to help us, especially methods that don’t come at a cost by causing dependencies and other stuff. The Mental Immune System is long lasting and it is self-replenishable and has no side effects. 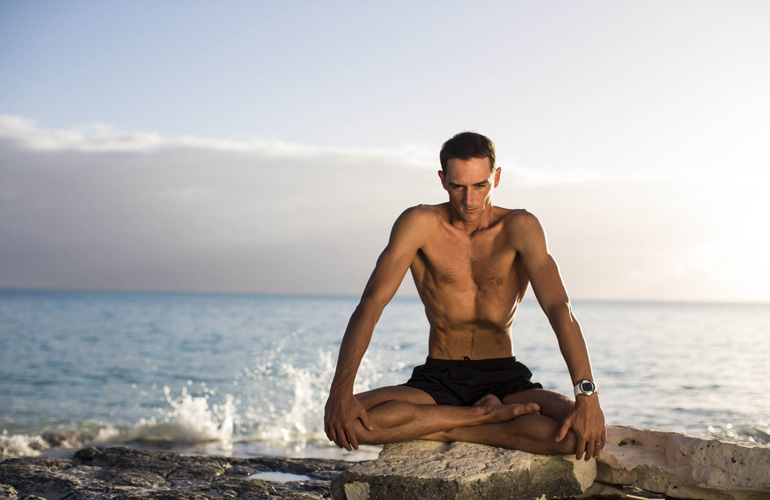 Freedivers use a variety of breathing exercises.

How does the program work?

It’s a double prong approach. Because stress attacks us mentally and physically we need to respond with mental and physical techniques. The physical mostly revolves around breathing techniques; a specific type of breathing that’s simple enough to learn and switch over to and is hugely powerful. The mental techniques are similar to mindfulness. It’s basically a variation of mindfulness that uses the brain itself to break the spiraling thought patterns that we get into and the negative self-talk we do.

How is it different from mindfulness?

The game changer, the thing I think that makes the system so powerful, is it is programmed into the subconscious mind. If you’re freaking out, the last thing you’re going to do is sit in a corner and practice some funky breathing method or meditate with your eyes closed. You cannot do that in a business meeting or during an argument with another person. It has to be a technique that is there in the background and operating without your conscious involvement so you can be carrying out your role, whatever that may be. That’s the game changer - to program it into the subconscious mind. In the same way that our physical immune system is completely autonomic; we don’t tell our white blood cells to go and fight a virus. It has to be automatic. I think the same applies for the mental immune system.

15 tips for beginners to fall in love with snorkeling