On the first Monday in September one hundred teams of two will stand on the shores of Sandhamn in the Stockholm archipelago. They will face one of the toughest endurance challenges in the world, the Ö till Ö Swim Run Championship.

Ö till Ö (island to island) is a unique race in which teams of two swim and run 75 km across 26 islands. One of the teams this year is The Baltic Sea Action Group Swim Run Team.

“About 65 km of the total distance is running and 10 km openwater swimming. This means that about a quarter of the race time is spent swimming,” Juha Lindfors, a Baltic Sea Action Group Swim Run Team member says. 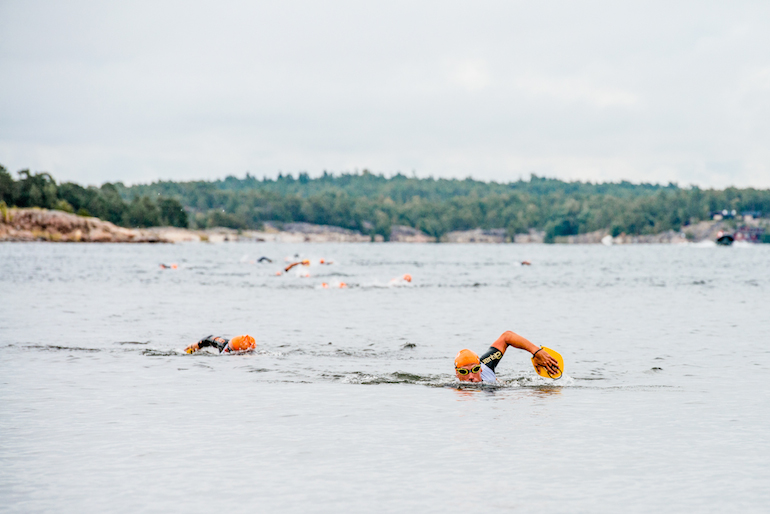 Finnish Lindfors and his German teammate Armin Hummel are both experienced swimmers. Both have won multiple national championship titles in swimming. Last year they took part in Ö till Ö for the first time.

“The race last year came as a surprise with only a three weeks’ notice as one of my friends who originally came up with the crazy idea of participating in the race could not make it. There was really no time to get prepared. However, we made it and the event itself was magnificent.”

“One of the most fascinating things in the race is experiencing the nature in the beautiful Stockholm archipelago and in the Baltic Sea. First feeling after the race was that we must come back again – and maybe with some more preparation.”

This year the team has two goals: to break the 10-hour barrier and most importantly to increase awareness about the state of the Baltic Sea.

“Already after the race last year I had the idea that we could also increase general awareness of the work of the Baltic Sea Action Group and get more people and organizations to commit on actions to save the Baltic Sea.

“For me this is very important as I live by the sea, sailing on it, and especially when going for a dip in the sea. I really hope that my children can keep on enjoying the same privileges.” 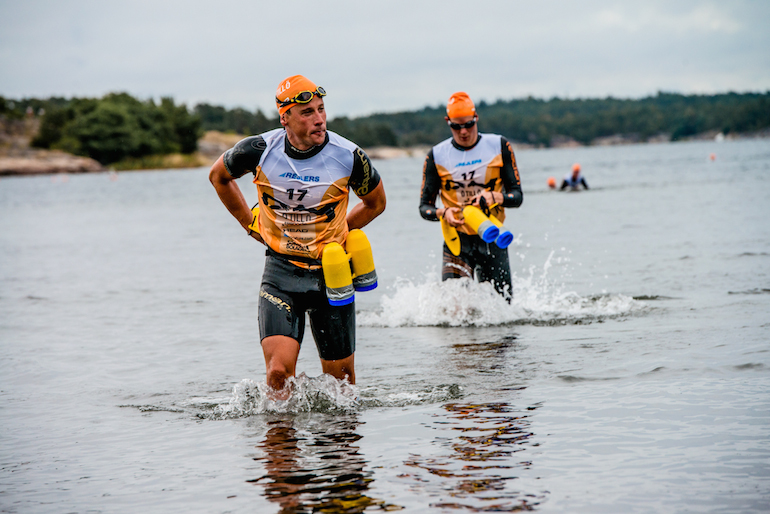 An important part of the swim run event are the transitions in and out of the water.

“A one minute loss in each transition adds up to a whole hour in the end,” Lindfors says.

To make the challenge even bigger, the competitors have to carry everything they need with them through out the race, which results in some interesting and novel gear solutions – they swim with their running shoes and run in wetsuits. Teams will also use hand paddles and pull buoys.

Swimming in shoes is particularly tricky.

To compensate for the added drag of the shoes, many of the teams use pull buoys to improve buoyancy. But that too comes with a price: you will then have to find a way to carry the buoyancy aid during the run stages.

Also choosing the right shoes can be tricky: they have to be superlight even when wet but also have a good grip for the wet and slippy beach rocks.

“Last year I wore orienteering shoes. This time I have chosen to race in ultralight trailrunning shoes,” Lindfors reveals.

Ö till Ö Swim Run Championships will take place in Sweden on September 1st. More info and live tracking can be found at www.otillo.se

More info about the Baltic Sea Action Group can be found here.