Suunto senior manager and triathlete Janne Kallio endured one obstacle after another – even a hurricane – to earn a place at Kona. It’s a tale we can all learn from. 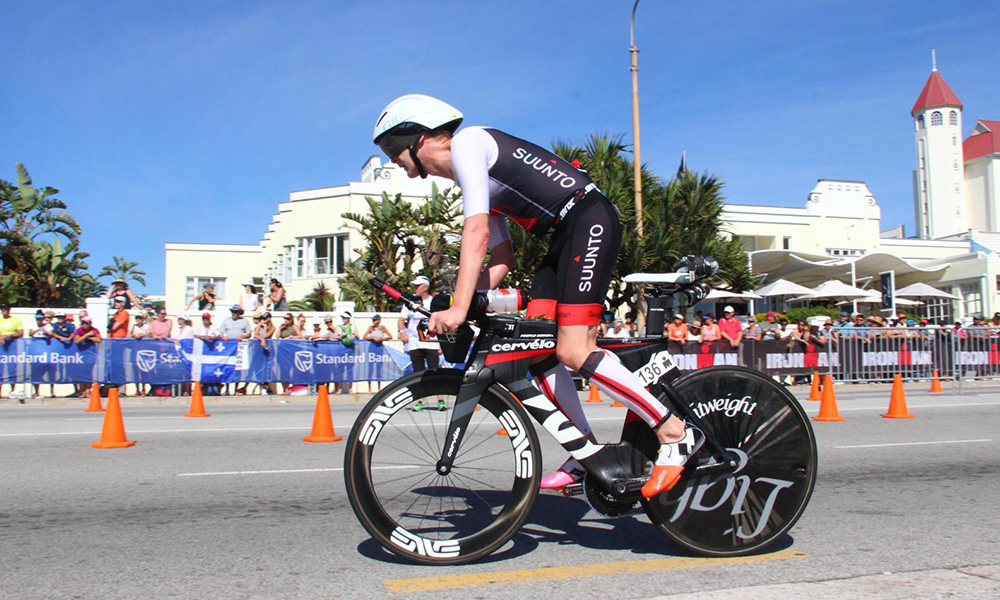 The good news for Janne Kallio is it’s going to get easier. Now 44, it’s his last year in his age group, and qualifying for Kona gets easier in the one above. “That’s because the competition is older and I’m getting faster,” he says, laughing.

One thing Janne definitely can’t say about the last few years of racing is that it’s been easy. In May, Suunto HQ threw a surprise party for him to congratulate him on finally, after years of irritating setbacks and disappointment, earning a spot on the Kona startline.

“Even though I’ve had disasters, it’s all a learning curve,” he says. “Even though it’s been frustrating, I always felt positive because I was progressing in my training, and felt I was reaching a higher level. The race should be the goal, not just to qualify.”

Janne has been competing in tri for almost 30 years, and wrote a book about training for triathlon with the help of technology. He started racing full distance Ironman in 2010, and began trying to qualify in the last few years. “You can’t really ‘qualify’,” he says. “All you can do is train as best as you can and then the qualification will come.” 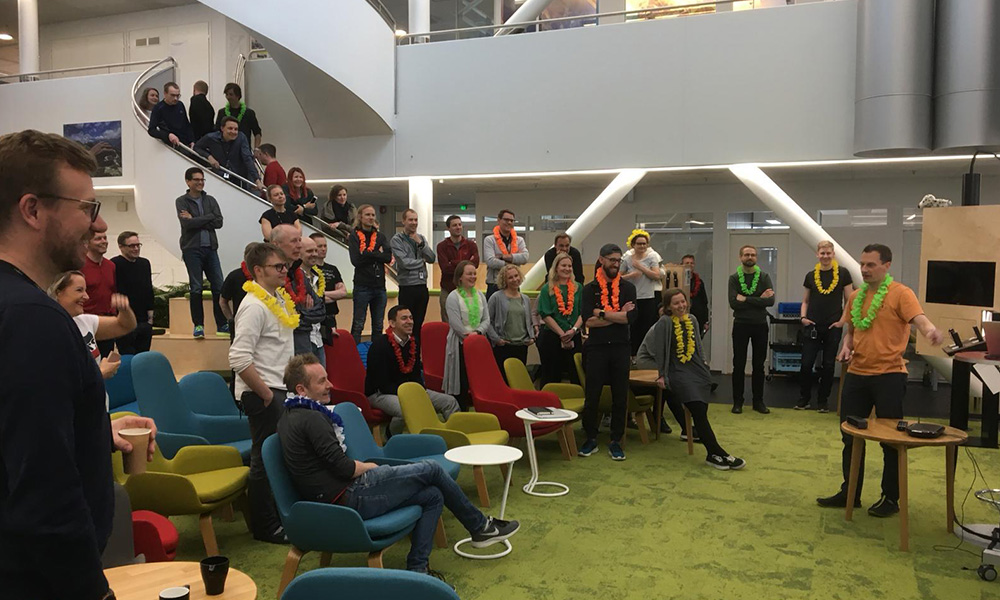 Janne’s 12 lessons from his long road to Kona

Janne was feeling good, racing well, and pushing it on the ride. Maybe a little too much. It was raining hard, and he slipped and crashed resulting in a broken hip, and a loss of training time.

Lesson: Be careful in wet weather. It’s not worth risking injury.

Hamstring surgery in fall 2012 meant Janne was out for the rest of that year. He wasn’t ready to race again until nearly one year later. It wasn’t pretty, he hobbled through the marathon, but made the finish line.

Lesson: Be grateful to be on the start line. It’s already a great achievement to start an Ironman race.

Despite not qualifying, Janne was happy with this race. He says it was the first time he felt he was really able to run well during an Ironman marathon. The competition was faster. The feeling of having mastered the full distance compensated for not qualifying.

Lesson: Be patient with long distance Ironman. Each race is a learning experience. The next one will be easier.

This race hurt. Janne felt confident he could qualify for Kona. To compensate for a loss of run training in previous months, due to injuries, he “smashed the bike like a lunatic”. He had the second fastest bike time, but destroyed himself in the process and ended up walking the marathon. “All the confidence of mastering the Ironman I’d gained in the previous year was lost,” Janne says. “I decided to get a coach; it’s better to have someone to look from the outside into your training.”

Lesson: Get help – find a coach.

With a new coach on his team Janne felt ready to rock this race. But alas, after a good swim, a bumpy road meant he lost his drink bottles on the ride. The liquid at the aid stations wasn’t enough to compete with the intense African sun. He bombed on the marathon, and missed qualifying for Kona by 40 infuriating seconds.

Lesson: Learn to handle surprises – they are bound to happen. Never neglect proper fueling or hydration.

Janne finished seventh and missed a slot at Kona by 90 miserable seconds. All because he was given a five minute penalty for drafting. “This was the only time that has ever happened to me,” he says. “When the guy passed me, I kept riding with him. I kept the legal distance, but from the referees perspective it wasn’t long enough.”

Lesson: Your perception of distance might differ from the referee. Penalties hurt; be extra sure and keep your distance.

He’d put in the training, was feeling strong and ready, and then caught a cold a few days before race day. “I was shivering on the start line and when I was cycling and running I couldn’t push,” he says. “Shit happens.”

Lesson: Things happen you have no control over. Don’t let it phase you – that’s life.

Stick to the plan

Janne arrived two weeks before the race to adapt to the heat. He was in good shape, had a great swim and a good ride. On the run he was in third place and feeling good. Except, for some inexplicable reason, he felt the urge to consume more liquid and gels than he’d planned. “My stomach shut down,” he says. “I was putting too much in. Somehow at 20 km I was sitting on a toilet and flushed out everything I’d consumed.” His energy crashed, and didn’t recover. He missed qualifying for Kona by a few disgusting minutes.

Lesson: Have a clear nutrition plan for the race and stick to it.

This is one race where Janne muttered a very long list of expletives. The first two stages went well. He started the run in second place in his age group. Then he came to a corner and wasn’t sure which direction to run in. He asked an official who pointed, but Janne misunderstood, and took a wrong turn. It was over: DNF.

Lesson: Study the course in advance and add a route to your watch. It’s the athlete’s responsibility to know the route.

Still feeling disappointed the day after Tallinn, Janne wasn’t ready to give up. He discovered the Ironman Copenhagen was two weeks away and jumped at it. Because he was in good shape and didn’t run the marathon in Tallinn, he thought he would be fine. Not so. “On the bike, I couldn’t keep the power where it should have been. When I started running, I ran really fast and my pace started to plummet. “My legs were fine, but I was mentally tired. I felt unfocused and totally deflated.” He withdrew on the run.

Lesson: Be prepared and focused. If you aren’t, you won’t get the result you are after.

It’s only a sport

After a string of disappointments Janne was psyched and ready for this race. But then Hurricane Michael swept across the Florida Panhandle leaving a trail of destruction in his path. It was the first Category 5 hurricane on record to hit the region, and the third most intense Atlantic originating hurricane in history to make landfall. The race was cancelled.

Lesson: “You can’t control everything,” Janne says. “And it’s only a sport; a race doesn’t matter when people have lost their homes and even their lives.”

After a year of racing absurdity, Janne hoped things would turn around in 2019. Then he got the flu 10 days before the Ironman Texas. “I was out of training completely, especially swimming,” he says. “I was close to not even flying there.” After everything, Janne roused his inner tri warrior and decided to go. On race day, his symptoms were gone, but his heart rate and power numbers until then had been rubbish. And sure enough, he couldn’t push as much as he would have if fully fit. There were seven Kona slots available in his age group. Incredibly, Janne finished sixth, and finally qualified!

Lesson: Never give up.