Cyclist and mountain biker Ross Lovell is one of the four winners from our Instagram selfie contest. Here the 30-year-old Briton tells us about his passion for endurance sports and adventure... 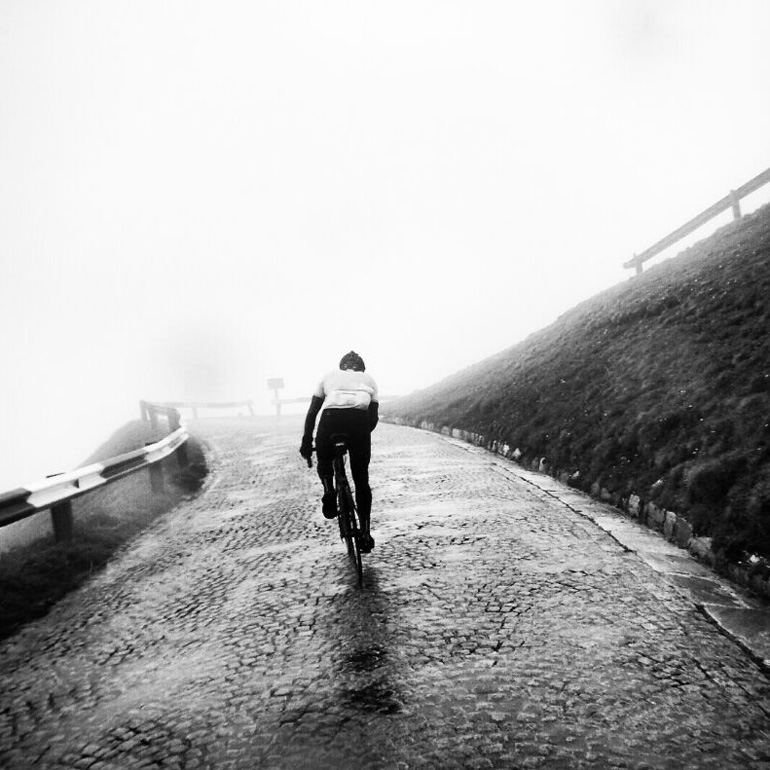 Riding the cobbles in the Alps.


How does it feel to win?
Incredible! I’ve been using an original Ambit for a couple of years and it has revolutionalised how I train. The depth of information is invaluable for enabling me to hit my targets, so I can’t wait to explore and challenge myself with the Ambit3 Sport. Just as importantly though, it’s really nice to have my photo picked by such a dedicated athlete as Conrad Stoltz.

Tell us about the shot.
The photo was taken on the second day of eight-days riding through the Alps. The day before we had ridden the 211km Salzkammergut Mountain Bike Trophy (with 7,000 m of ascent!), and as a shorter recovery ride we decided to take on the Kitzbuheler Horn. Wow, it was such a ferocious climb – relentless all the way to the top. On tired legs it was quite a fight. The last few switchbacks really get the burn going, with the gradient pitching to around 23%. Fighting the gradient, and whilst also trying to hold the bike in a straight line one-handed (not easy!) I quickly snapped the shot of our struggle. 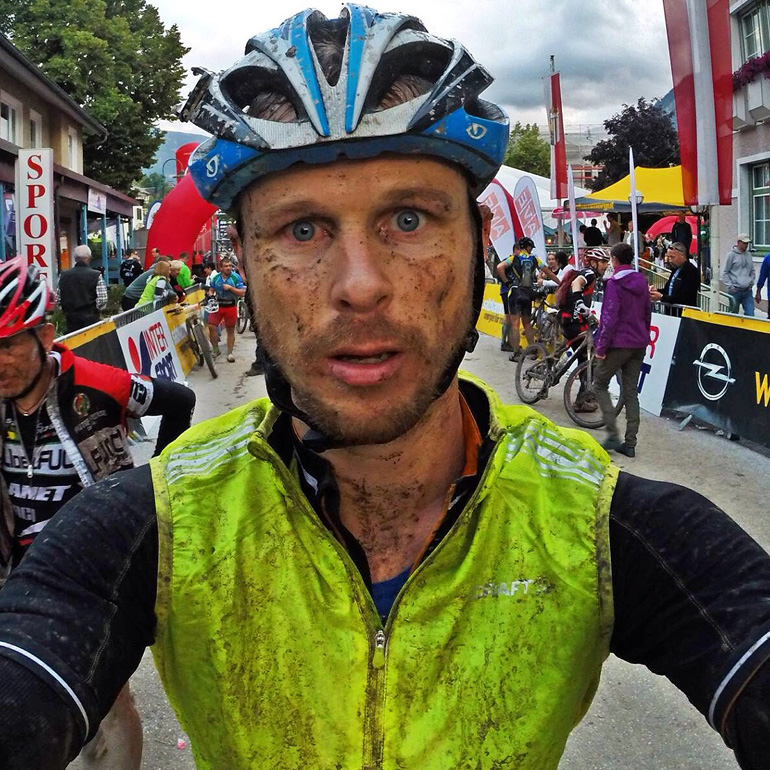 What are your sports?
Cycling, mountain biking, running, climbing, although I wouldn’t say I’m great at any of them, I just like a good challenge and an adventure.

Tell us about your adventures.
I’ll have a go at anything really, so have quite a varied list of previous challenges. I’ve raced the Cape Epic and Transportugal mountain bike races, climbed in the Alps and Pyrenees, swum up rivers in Sweden, kayaked non-stop for 26-hours, run ultra marathons like The North Face 100 in the Blue Mountains and Dusk til Dawn in the UK, twice finished the Norseman Xtreme Triathlon, ridden the Tour du Mont Blanc 3-times, cycled from London to Alpe d’Huez…

Anything else?
My first big adventure was when I was just 18 and spent six months cycling and climbing around Europe. We were completely spontaneous – just looking at maps and deciding where to go next, sleeping on beaches and on mountains. It was total freedom. We even ran the Swiss Alpine Marathon in Davos while we were there. A couple of years ago we cycled from London, through Holland, Belgium, Luxembourg, France, Germany, Lichtenstein, Switzerland, mountain biked across the Alps to Lake Geneva and then ran the GR20 across Corsica, all in just 14-days. 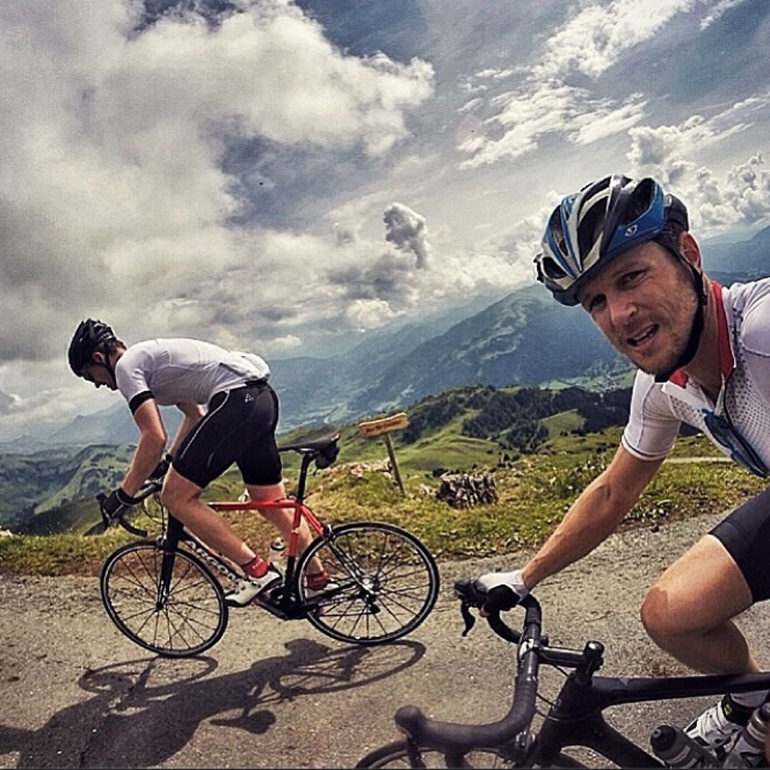 A recent adventure you're really proud of?
On the final day of our eight-day cycling tour of the Alps, we finished with the 330km Tour du Mont Blanc, with its eight climbs and 8,000 m of ascent. The weather had one final sting in the tail. As we came over the penultimate pass – the Cormet de Roselend – we were hit by an almighty storm which caused trees to come down, lightning all around us, big hail stones, landslides. Only 50% of the riders who started the day made it to the finish, which made the accomplishment all the more special, especially after the full-on week we had already tackled.

Features you'd most like to use from the Ambit3 Sport?
I’m really excited by the smart mobile connection and the functionality of sharing photos with Moves. I always like to capture my adventures with cool photos and to share them immediately via social media whilst I’m out in the hills, so the additional capability for controlling this through the App and Movescount is really smart. Hopefully I’ll be able to reach and inspire more people with my images.

What's next?
Over the weekend of September 28th/29th I will be running 120-miles non-stop across my home county of Devon in the south west of the UK – from Coast-to-Coast.  www.lighthouse2lookout.co.uk.