See our photo story of the Suunto ambassador’s Phantasm24 challenge.

It was an impressive attempt. Kilian ran 134.8 km in 10 hours and 20 minutes on a 400 m track in Måndalen, Norway. He didn’t achieve his goal of running for 24 hours, but he achieved his other goals; to push his limits and learn more about training.

Scroll through the photos below and learn more about Kilian’s attempt. When Kilian began his Phantasm24 running challenge on November 27, thousands of fans around the world watched Salomon’s live stream of the event on Youtube and expressed astonishment in the chat box that Kilian could run for 24 hours in that kind of cold. 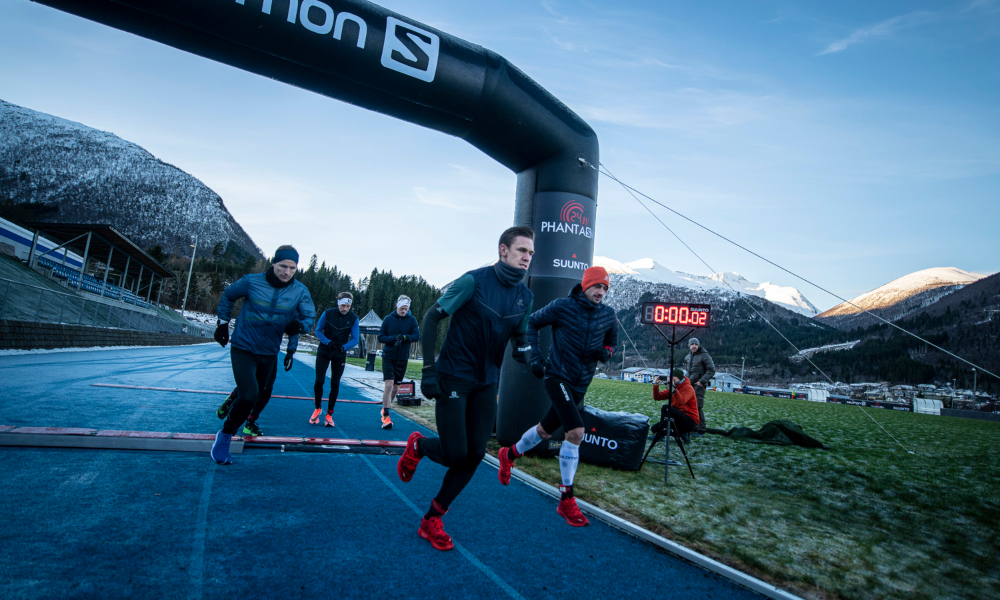 It was -1°C in Måndalen, Norway, the location of the 400 m track, and the steam from the breath of Kilian and five Norweigen ultra runners competing was visible as they ran on a thin strip of blue track, with sparkling white frost covering either side. The track had to be de-iced to make it safe for the runners. As always, Kilian wanted to test his limits, and to continue to develop his knowledge of endurance training. The main goal of the event was to run for 24 hours, and to see who could run the greatest distance in that time. Despite his impressive split times, it wasn’t to be. 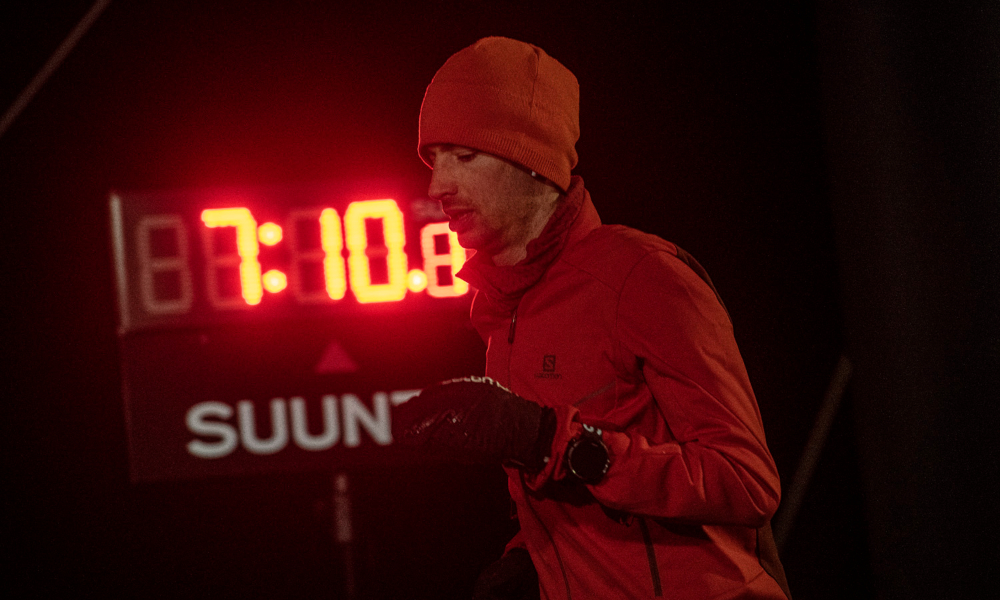 “I was feeling pretty good, with the normal ups-and-downs of a long race like this,” Jornet said. “My body felt good, my legs felt good and then, suddenly, I felt two intense pains in my chest and started to get very dizzy and very exhausted. The medical people came to me and checked me out, and said it was best to go to the hospital.” 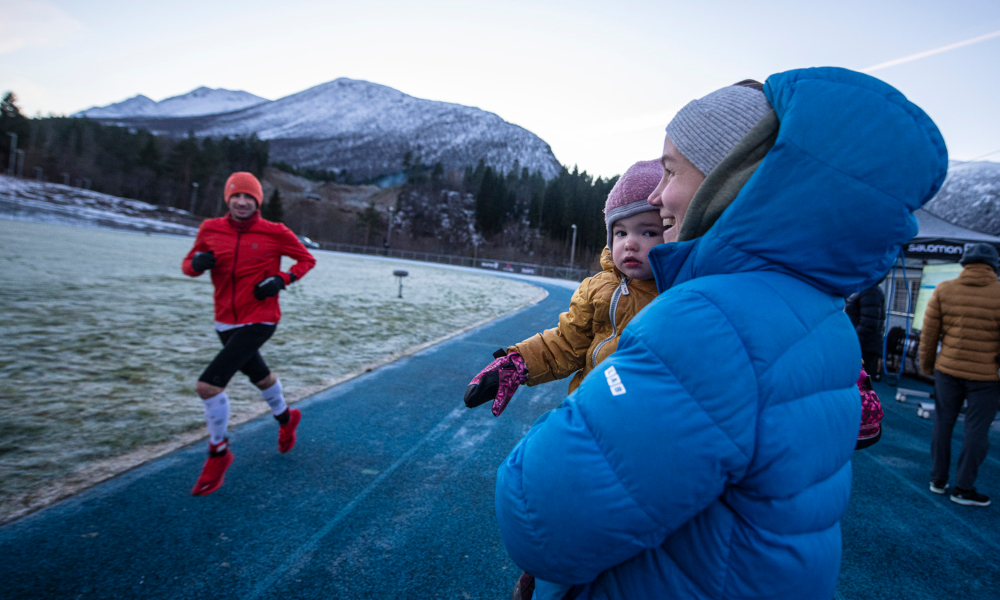 Earlier in the day, Kilian’s partner Emelie Forsberg and their daughter Maj were there supporting his attempt. The track is located near to their home in Ramsdal. 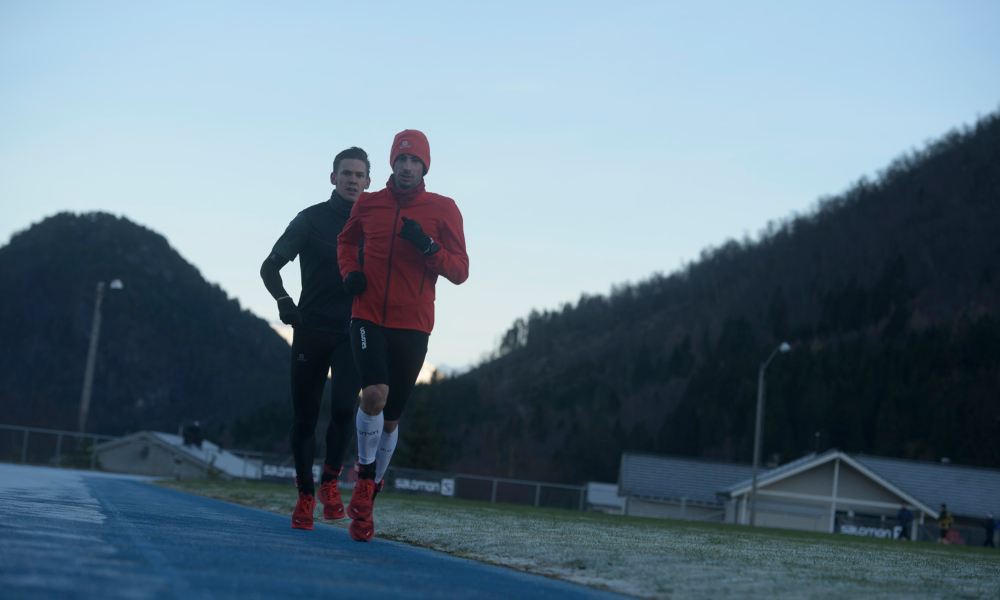 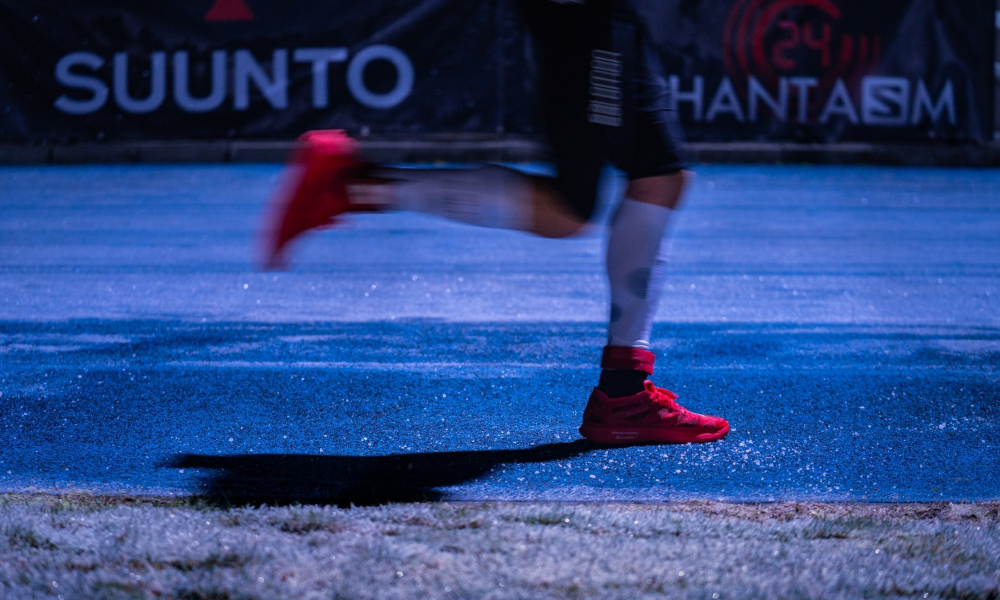 While he’s disappointed he had to withdraw early, Kilian says he learned a lot about training and nutrition in the process, which will help him tackle future challenges.

“I got this idea about a year ago to run for 24 hours on a track so I went to Salomon to help organize the run,” he says. “I wish it went differently, but it’s still fun to explore different things and new projects. So I want to thank Salomon and Suunto for supporting the project and everyone who helped organize the event, from the track volunteers to the community in Måndalen and the people at the track club. I think it was colder for the volunteers than for the runners!”