One race you can definitely count on happening this year is the Wings for Life World Run. To be held on May 9, it will be a virtual race with app-based events happening in more than 70 locations around the world. Lock it into your race calendar because it’s going to be fun and for an awesome cause – 100% of the entry fees goes to finding a cure for spinal injury.

Suunto ambassador Ryan Sandes is also ambassador for the race and the captain of Team Suunto in the event. Every year, when he’s not off racing somewhere hardcore, he’s pumped to run it because of the fun atmosphere, the thrill of being chased by the Catcher Car, and because he feels passionate about running for those who can’t due to spinal injuries.

Who better to ask then about how to prepare for the unique race? We caught up with Ryan and asked how he approaches it. “The cool thing with this race is the finish line is constantly moving according to the speed you’re running,” Ryan says. “Whereas with a marathon, you know you will run 42.2 km. Preparation wise this does change things a little.”

Read on for Ryan’s nine tips! 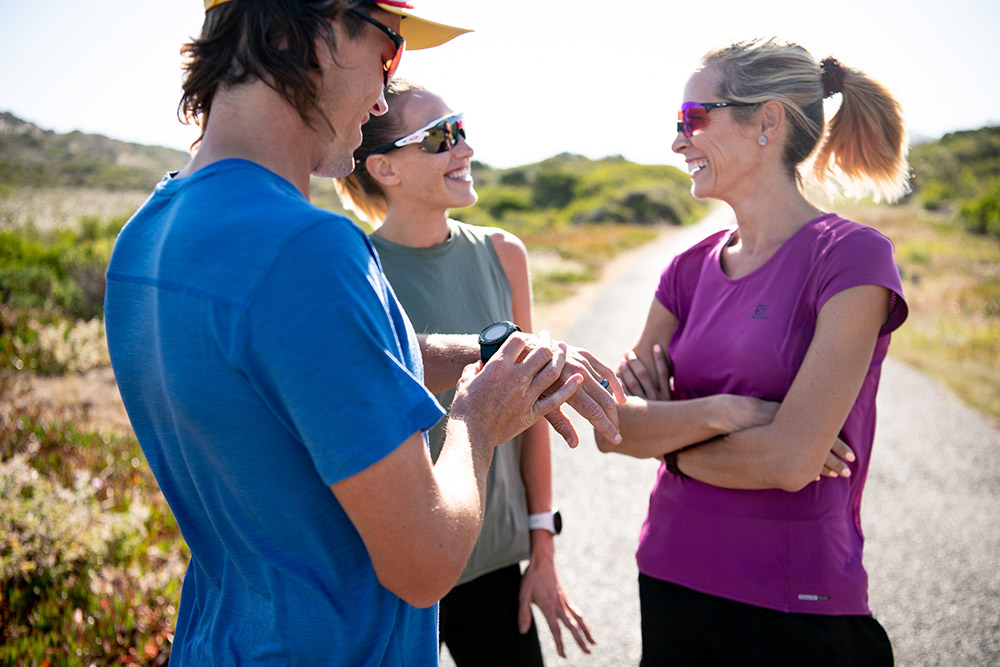 With that moving finish line it’s helpful to choose a distance you aim to run in the race. Maybe that’s a 10k, a 30 km, a marathon, or going ultra distance. “Make that distance the focus of your training,” Ryan says.

Use the official race Goal Calculator to determine how long, in terms of duration, you’ll run to achieve your desired distance, as well as the pace you’ll need to maintain.

As a passionate trail runner, and like all trail runners being wary of road running, Ryan says preparing for the race shouldn’t stop you training off road if that’s more your schtick. With this year’s race being held virtually via the Wings for Life World Run App, it doesn’t matter where you run. But choose flatter, flowing trails so the Catcher Car doesn’t have too much of an advantage over you.

Wings for Life World Run races are usually held in urban locations that involve plenty of asphalt. If your goal is to stay ahead of the Catcher Car for as long as possible, then Ryan recommends getting used to running on the road and doing the race that way. 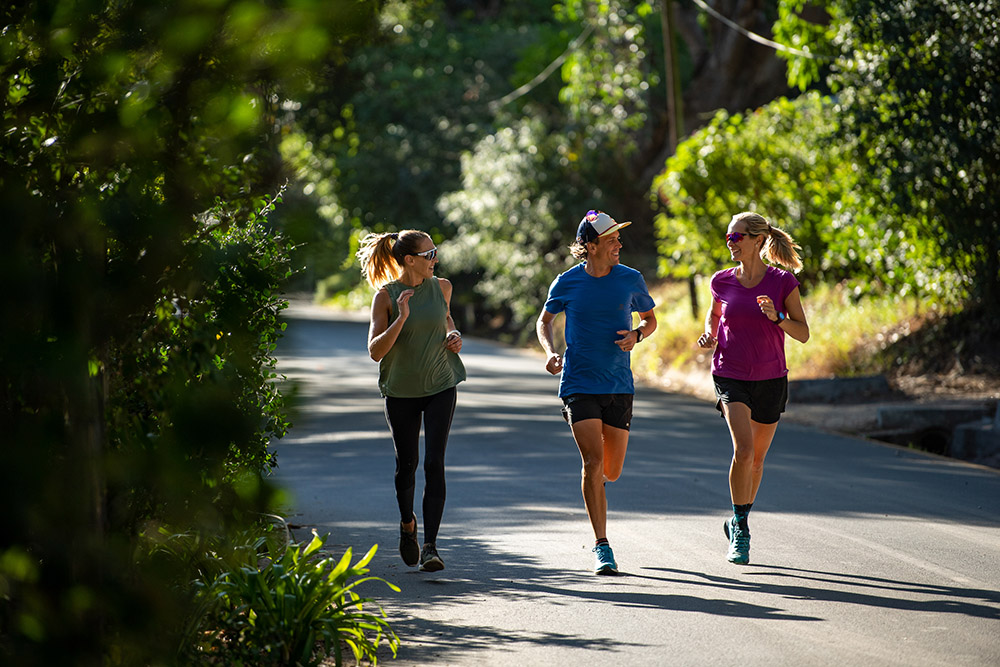 When Ryan trains for the Wings for Life World Run he focuses on two key training runs a week: one interval or fartlek session and one long run with stride bursts. Let’s look at each more closely.

Interval or fartlek session: Fartlek is the Swedish word for “speed play”, and basically refers to a form of running training when you mix up the speeds you run at. Interval training is basically the same, but the focus is on running high intensity segments interspersed with a slower pace.

Ryan recommends, depending on your fitness level, doing one of the following:

Each interval should be a notch or two faster than your usual long run pace. Make sure you warm up first before starting them and be careful not to overdo them. You should have a good level of running fitness before trying them because it’s not uncommon for runners to get injured while doing interval training.

The long run with stride bursts: Long runs can be anywhere from an hour, to three hours or longer, and the crucial point is to remember that to gain the physiological adaptations they can offer over time it’s essential to do them at an easy pace. Ryan recommends doing one long run a week and adding a little twist if you’re ready for an extra challenge – doing strides.

Stride bursts, commonly called strides, involve running at 90 or 95% of your max pace in short bursts. Try doing six to eight 10 to 15-second long strides in the middle of your long run. These are an excellent way to improve speed and coordination.

Use the Catcher Car training feature with your Suunto

It enables users to train against a digital version of the iconic Catcher Car, so you’re ready to take on the real thing come race day. You’ll see how far back the Catcher Car is, and the estimated distance and time duration left before it catches you.

“Something else I’d do is a little barefoot running on a rugby or soccer field, just 10 to 15 minutes once a week to strengthen your feet and lower legs,” Ryan says. “Because I find when I run on the road my calves get quite fatigued and tired.” 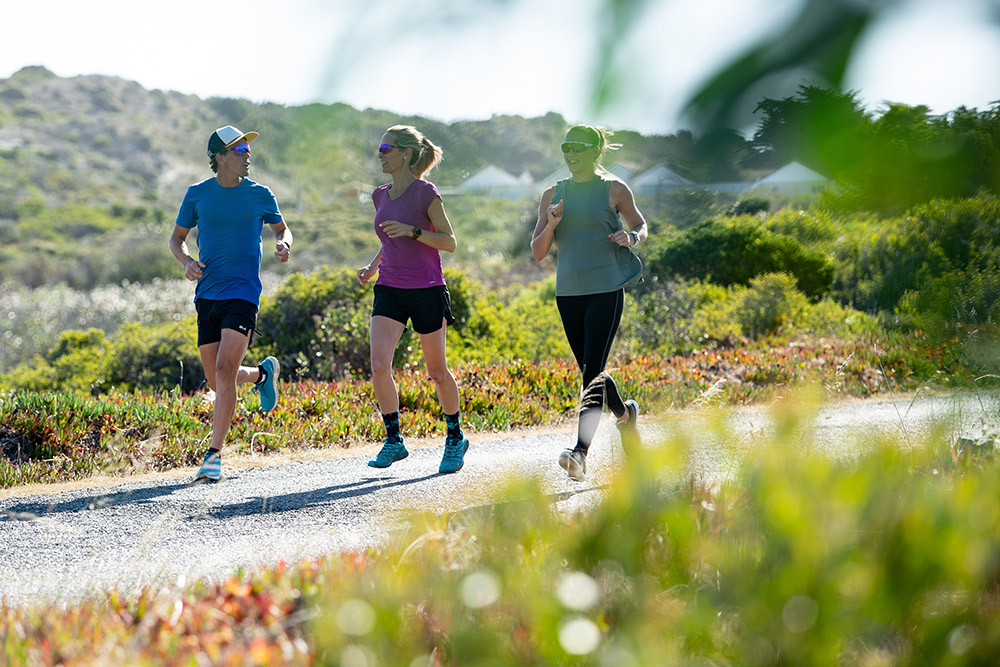 If you’re like Ryan and more of a trail runner and mountain athlete, then the repetitive motion of road running can be tough on the body. Over time it’s easy to lose mobility in key joints, especially the hips, back and shoulders.

Wings for Life World Run, like Suunto, is all about community. It’s a run we do together for the benefit of others. So, Ryan suggests signing up as many friends and family members as possible, both for your training and the race, and to join Team Suunto to raise money for spinal cord injury research.

“It’s such an awesome cause,” Ryan says. “It’s a really fun and dynamic event so team up with some friends for some of your training and try to get people involved. Even if it’s just doing an easy run with a friend once a week.”

Be smart on race day

“Maybe where you are you’'ll be running at night so get used now to running with a headlamp,” Ryan says. “If you’re running in the afternoon sun make sure you stay hydrated. Plan your mealtimes relative to the race time; don’t race on a full stomach or when you’re hungry. When I ran it in Melbourne the race started in the evening so it’s important to stay hydrated throughout the day, to keep eating, and maybe do some mobility exercises to stay loose.”