Summer arrives for the Under the Pole team

Summer arrives for the Under the Pole team

“Summer arrives, icebergs melt, mosquitoes are everywhere!” So begins the latest newsletter from the Under the Pole team. The expedition, which consists of explorers, scientists and divers, is journeying up the coast of Greenland in a bid to chart the west coast, both from above and below the waterline.

The team set off from France at the beginning of January on the 18m schooner WHY and spent the month of June moored in Ummannaq, which means 'heart shape' in Greenlandic.

There the team carried out some decompression research. Says Ghislain Bardout: “We performed nine dives with similar profiles (80 m 1hr 30 immersion) which were 'listened' to afterwards via a Doppler device by Julien Hugo, scientist at BF Systèmes and specialist in measuring circulating bubbles concerning diving decompression.

“The study is part of a scientific collaboration that aims to create a better understanding of decompression physiology in the arctic environment.” 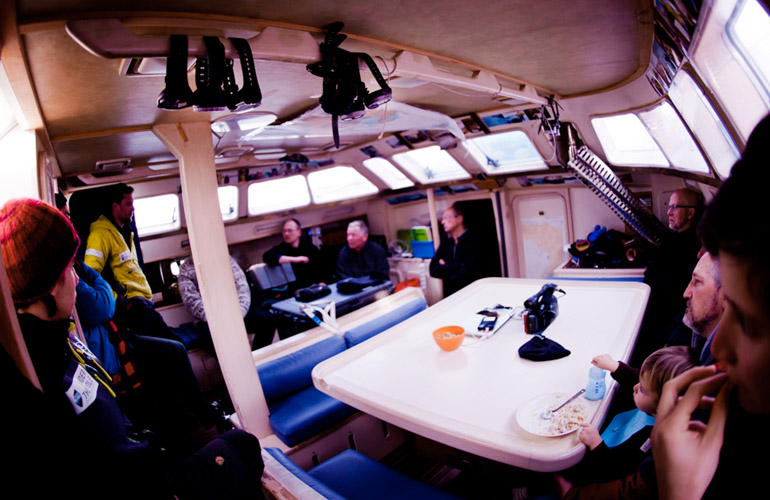 Suunto dive computers take a rest in between research dives. © Lucas Santucci / Under The Pole

At the time of writing, the team were out of communication, en route to Upernavik and across the famous Melville Bay where they hoped to wait for the arrival of narwhals – tusked whales. The plan is then to head to Qaanaaq where they will over-winter.