Suunto is committed to achieving Level AA conformance for this website in conformance with the Web Content Accessibility Guidelines (WCAG) 2.0 and achieving compliance with other accessibility standards. Please contact Customer Service at USA +1 855 258 0900 (toll free), if you have any issues accessing information on this website.
AUTUMN SALE IS ON | $250 OFF SUUNTO 5 NOW HERE
All sports
#SuuntoRun
#SuuntoRide
#SuuntoDive
#SuuntoTri
#SuuntoSwim
#SuuntoClimb
#SuuntoSki
#TutorialTuesday
#SuuntoAdventure

Mentorship in the mountains

Mentorship in the mountains

“Somehow, somewhere I gathered enough wisdom from others, and as much knowledge from the mountains to be in a position where I am now a mentor,” writes Greg Hill as he reflects on his own path in the mountains.

When I think back to my first introduction to the mountains, I remember watching our mountain guide and wondering how he was so confident to lead all of us clients. Then I learned how he had grown up in the Alps and learned from various experienced mountain guides, and from his own experiences. Several years later, when I started immersing myself in the mountains I reflected on his mountain education and understood its merits.

In those early days, my excitement would easily overcome my knowledge and I knew I had to learn some mountain sense, otherwise I would not last long. Luckily for me, there were many courses available, and I jumped into these with enthusiasm. 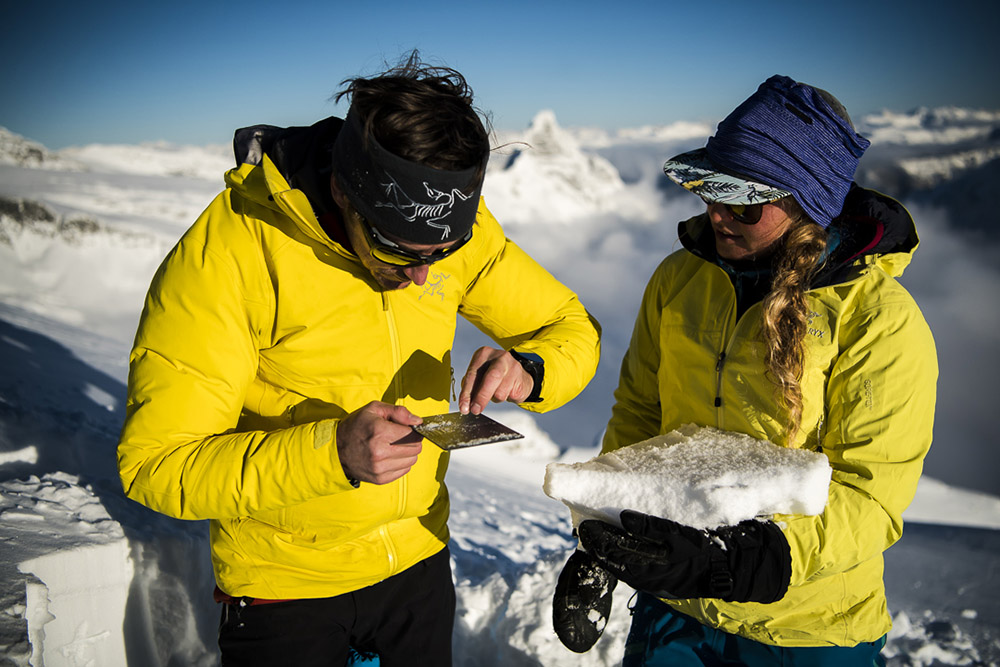 I took my Canadian avalanche course, a 7-day intensive, that sorrowfully ended in us being part of a rescue. A sad day that re-affirmed my need for more knowledge. This near miss taught me so much and made me vow to learn as much as I could. To keep myself safe as well as those I skied with.

I searched out ways that I could spend time with more experienced people. Sponging up their thoughts and skills as best I could. I can honestly say that “always ski from the top” told to me in a Swiss accent has saved my life countless times… plus many other tricks and techniques for traveling through hazardous mountain terrain.   This knowledge and its value became very clear a few weeks after learning it.

I was out skiing solo in the mountains near Whistler. I had worked my way up and safely into the alpine and all seemed stable. As I neared the summit I was fatigued and ready to head down. I was still about 100 m below the summit but from where I was I could edge my way out and onto the face and head back to the car. Doing this would mean I was undercutting the top 100 m pitch but stability had looked good. As I wondered about this action, his wise words echoed in my head.  Realizing what I was about to do, I toured up to the summit of Vantage peak.  Easing onto the summit face I felt better knowing there was no snow hanging perilously above me. The second turn in I triggered the whole slope and watched a class 3 avalanche thunder to the valley floor. Looking down below my skis I realized how close I had come to having cut below this slope and had it drag me to the valley below. 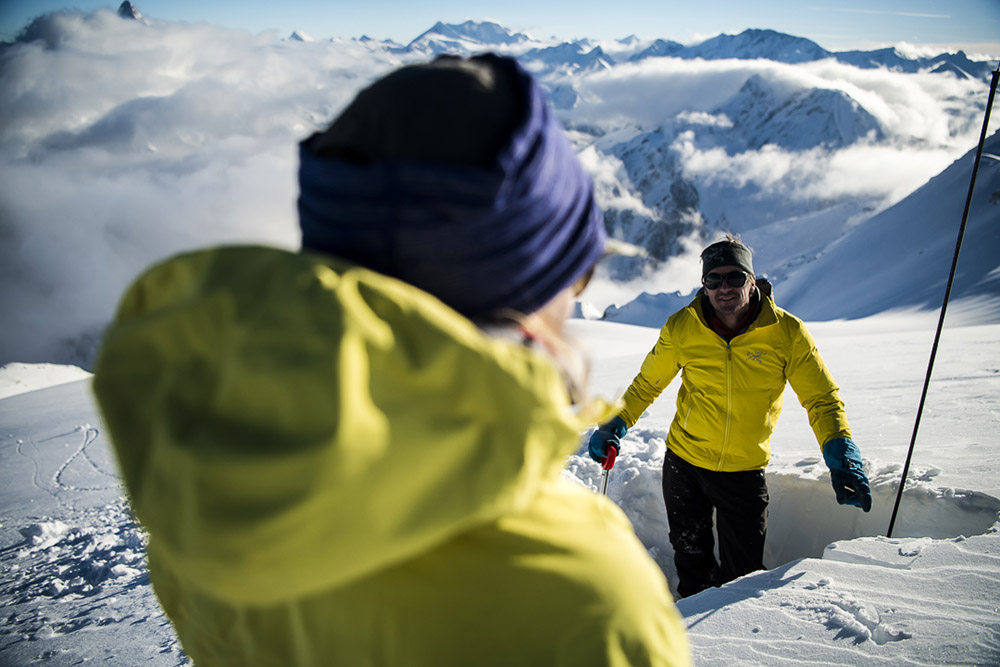 "Somehow, somewhere I gathered enough wisdom from others, and as much knowledge from the mountains to be in a position where I am now a mentor," says Greg Hill.

Each of us learns differently and looks at the world in our own unique way, so my mentorship process had to have several aspects to it. It had to involve many different mentors so that I could create my own mountain sense. It also seemed that time spent taking the skills and I had learned and testing them in the mountains was as worthwhile. That the mountains could be as much of a mentor as the guides I was learning from. Without those words of advice from experienced people, I could not have gone out and learned even more from the mountains.

Once my base was solid enough, I spent as much time out and touring around as possible. Watchful and listening; the mountains taught me a lot.  Being self-critical I tried to always analyze my actions and see if they were the appropriate ones. Even if nothing went wrong, I would constantly question my skin tracks, and wonder if my actions were the right ones. Mountains often give you false positives, where you think you did the right thing, but really you just got lucky.  By examining my actions and discussing with my friends the education continued.

Many years later and I find myself on the other end of the stick. Somehow, somewhere I gathered enough wisdom from others, and as much knowledge from the mountains to be in a position where I am now a mentor. Not that my own learning is over, it never will be, but I have enough tricks and techniques that I can pass this on to others. Ideally giving them the tricks that keep them from making mistakes in the mountains.

#SuuntoRun, #SuuntoRide, #SuuntoClimb, #SuuntoSki / Mar 13, 2020 The nation that climbed the most in World Vertical Week is …