Top alpine climber Luka Lindič says learning to move fast and fluidly in the mountains has been the foundation of his success. 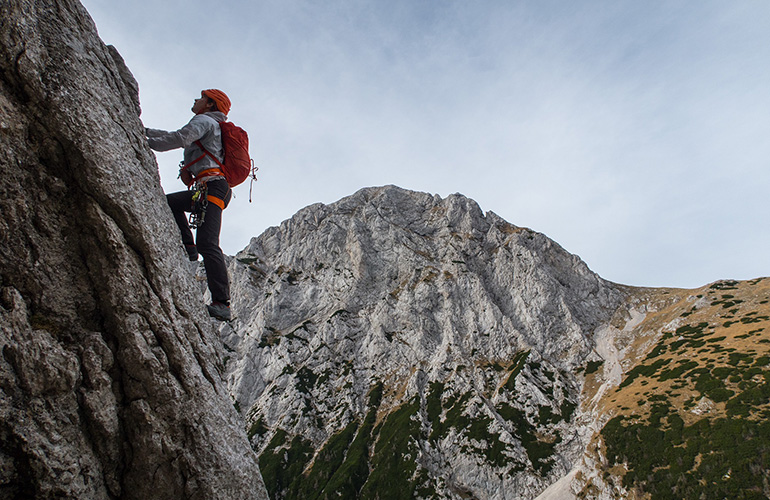 Slovenian climber Luka Lindič, 27, sees becoming a skilled alpinist as similar to building a house. With a strong foundation, the rest is possible. Without it, you’ll eventually run into difficulties.

“It's really important to spend a lot of time in the mountains moving in all kinds of terrain, learning to be comfortable, because only then can you climb harder routes,” Luka says. “For me, building a foundation has been about climbing many, many relatively easy classic routes in the Slovenian mountains.

“Many times I’ve realised I can do hard climbs, but if I don’t move a lot in easy terrain for a while then I lose this feeling of moving fluidly. You get stiff. You become slow. You don't have the flow to just move. I think it's really important to keep that.” 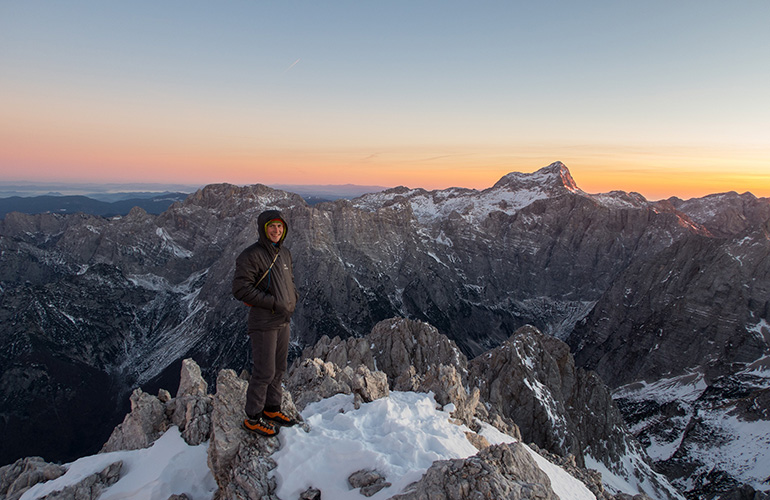 His approach of building the basics has clearly paid off. In 2015, he became one of the youngest people to win the prestigious Piolet d’Or Award, considered the “Oscars of alpinism”. Luka, and his two climbing partners Marko Prezelj and Aleš Česen won the award for their ascent of the north face of Hagshu (6515 m) in India.

Always coming back to relatively easy routes also reminds Luka why he fell in love with climbing in the first place. “I can’t deny that when I have a really ambitious project that’s on my limit it’s also stressful. If I would do only this, I would forget the feelings that originally brought me into climbing – the simple joy of being in the mountains.” 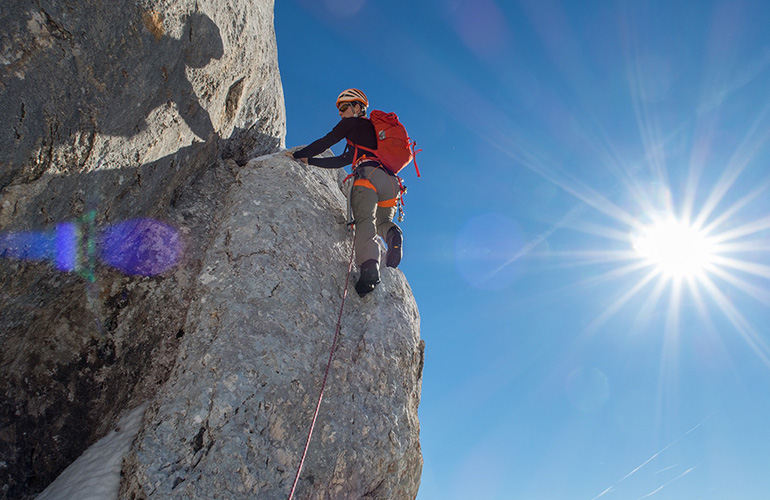 Luka’s love of the mountains began as a child. Hiking is one of the biggest sports in Slovenia and his hiker parents took Luka whenever they went. He remembers walking past rock faces and looking up in wonder at the climbers scaling them.

His curiosity grew and at 14 he joined his local climbing club and was fortunate to be mentored by some of Slovenia’s most experienced alpinists, particularly Marko Prezelj. They not only taught him the skills, but also brought him into the strong Slovenian climbing tradition.

“We live in such a small place, a small community, and we meet day-to-day in crags because the distances are so small. That's one of the reasons we have so many good alpinists here. I’m very lucky.” 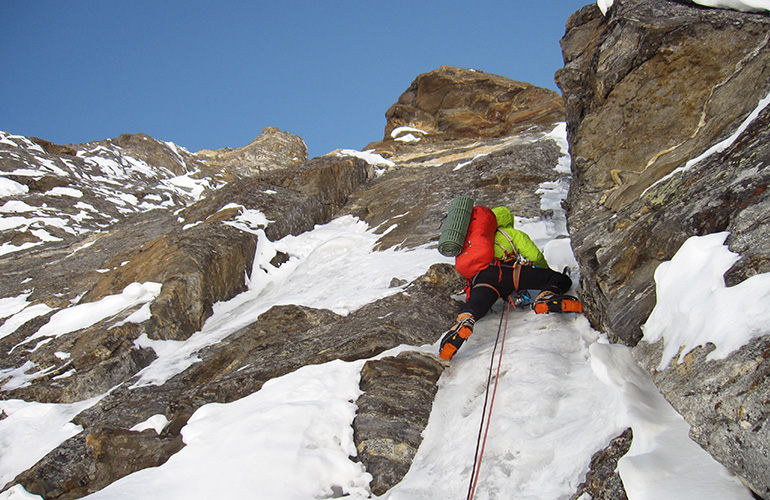 One of his toughest climbs was what was dubbed the “alpine ascent of the season” in 2014; the first free ascent of Rolling Stones on the north face of the Grandes Jorrasses, Mont Blanc massif. “Some people said it's wasn’t possible to do it in the style we did,” he says “But it was just a question of self-confidence.”

This summer he is going to Pakistan and has climbing permits for Broad Peak (8051 m) and Gasherbrunn IV (7925 m). However, he wants to keep his plans open.

“The reason is I want to be more free and not fix too much before I go,” he explains. “Many times when you are in big mountains you need to change your plans because of different factors. It's really important you feel free to do so, to play, to follow some crazy ideas, to think out of the box, and not be too fixed.”