The epic distance, plus 10,040 m of elevation gain to boot makes UTMB one of the most challenging ultra races on the planet. For this reason, it attracts elite ultra runners from around the world. First held in 2003, the route follows the Tour du Mont Blanc, one of the most popular long distance hiking trails in Europe. 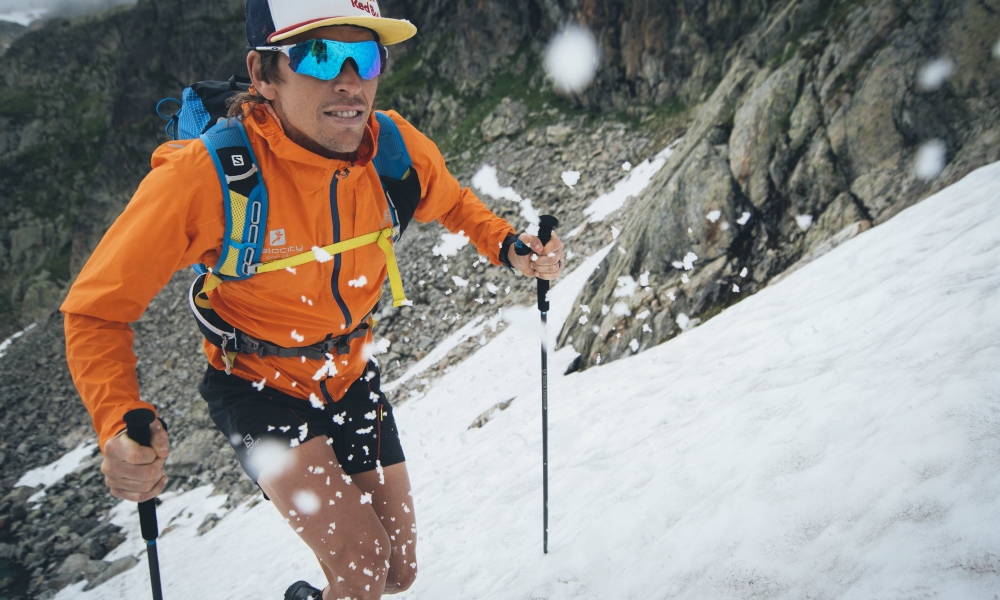 “UTMB has become the biggest race on the global trail running stage,” Ryan says. “It’s always great to be a part of that.”

Ryan is currently in Chamonix preparing for the race to be held on August 27-28. It will be the fourth time he’s been on the start line, and he hopes the first time he completes the circuit and crosses the finish line. “I’ve started it three times and actually never finished,” he says. “It’s the one race left that I really want to do well at, at least to finish. I feel I have a bit of a monkey on my back here.”

The first time Ryan entered UTMB was back in 2015. At the time he was recovering from glandular fever and had to pull out of the race at the 40k mark because the symptoms flared up. He tried again in 2016, but stomach problems early on resulted in another DNF. Two years later, he tried again, this time feeling good. But a shoulder injury had knock-on effects to a hip and forced him to drop out at 60k.

“So I definitely haven’t had the best luck at UTMB,” Ryan says. “Hopefully I can turn things around this year.”

Mont Blanc and the surrounding massif is one of Ryan’s favorite alpine landscapes. He’s enjoyed amazing experiences exploring the area. Just not while racing.

Even in 2017, the year he won the Western States 100-mile Endurance Run, Ryan ran the UTMB’s little sister race, the 100 km Courmayeur-Champex-Chamonix (CCC), and didn’t perform as he hoped.

“Whenever it comes to racing here things haven’t gone according to plan,” Ryan says. “I guess I’ve got a little mental block to be completely honest.”

The toughness of UTMB

You can’t fault him for struggling in this race; it has earned its reputation for toughness for a reason. Ryan’s hometown Cape Town doesn’t have mountains like the Alps.

“UTMB is the one race where all the top runners are always at, which is great for the sport of trail running,” Ryan says. “It’s super competitive so it starts off really fast. The very long and very fast downhill sections tend to smash your legs up a bit. That takes some getting used to. And then there’s the big climbs and getting used to trekking poles. The conditions here are quite different to what I’m used to.”

This is the first international race Ryan has competed in since the start of the COVID-19 pandemic. From a mental perspective this creates a degree of uncertainty both for himself and for many of the other competitors.

“First things first, my goal is to get around in one piece,” Ryan says. “Then being a naturally competitive person, I want to stay as close to the front of the field as possible.”

UTMB 2021 is (provisionally) set to start between 5pm and 6pm on August 27. Tune in live to watch the action here!