With races cancelled, fastest known time records are dropping like flies. Get in on the action.

Winner of the 2019 Ultra Trail Mont Blanc (UTMB) and Suunto ambassador Pau Capell has had an usually quiet year. COVID-19 rocked Spain, Europe and the world, forcing race organizers to cancel events everywhere. During the lockdown, training indoors was the only way the 29-year-old Spaniard could maintain his condition. Trail runners, possessing an irresistible urge to explore and push themselves, can only put up with that for so long.

On the morning of August 27, he will be attempting a FKT (fastest known time) record on the 170 km Tour du Mont Blanc, the route of the famous UTMB. Pau already holds the FKT record for the trail due to his incredible performance at the UTMB 2019: 20h19m. His goal this time is to finish in less than 20 hours. “It will only be me running, with no pacers,” he says. “It’s going to be difficult, but I will try.”

“I enjoy these kinds of personal running projects a lot because it’s not a race,” Pau continues. “At a race we have a lot of pressure. Media is there, sponsors, other athletes and fans. There won’t be any of that this time. In an FKT attempt it’s just you and your own team. The main excuse is just to run.” 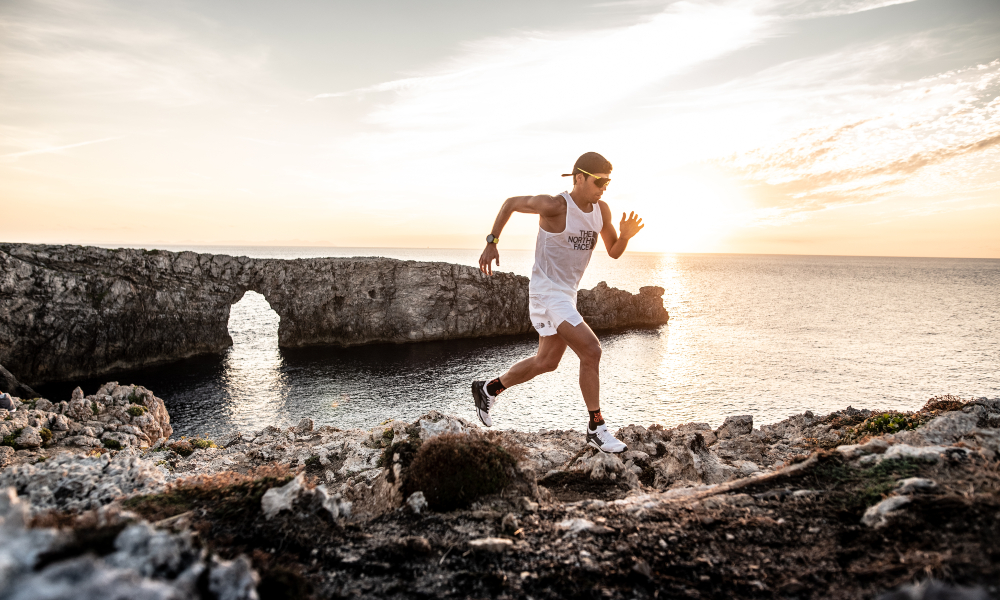 Pau (above) is going to have to push hard to beat his own UTMB FKT.  © Roger Salanova

With COVID-19 spoiling everyone’s race plans, FKTs attempts like Pau’s are now enjoying center stage. An article published online by US magazine Trail Runner, titled Summer of Speed: New FKTs are Falling at Record Pace, revealed a staggering figure: in July 2019 there were 151 verified FKTs added to the global website that tracks FKTs, www.fastesknowntime.com, and in July 2020 that number had more than tripled to 566. August, the article reports, is on track to break the 600 mark for the first time ever.

Kilian Jornet, however, says that FKTs aren’t really anything new. A historian of mountaineering and trail running, he points to Frédérik Morshead taking his time to climb Mont Blanc way back in 1864 and John Muir climbing Mt Shasta in 1874. “People have been trying to beat times like those and to climb or traverse their local mountain or trail as fast as they can ever since,” he says. “I think the branding around FKTs has grown, and the knowledge about how to promote them with social media, but FKTs existed before any race. Maybe it’s just that today they get more attention.”

Like Pau, other Suunto trail runners are also turning their attention to FKTs.

Ryan Sandes just set a new FKT on the 101.2 km 13 Peaks Challenge in Cape Town, South Africa. The challenge, which Ryan designed, involves 6203 m of ascent. Ryan finished it in 13h41m. Next he’s preparing for an FKT attempt on Namibia’s Skeleton Coast.

Earlier in August, Courtney Dauwalter ran more than 360 km, with 9000 m of ascent, during an FKT attempt on the 805 km Colorado Trail. The challenge, however, took an unexpected turn. On the morning of August 10, just over halfway along the trail, she started wheezing and was taken to the Leadville hospital where she was diagnosed with acute bronchitis. Her FKT attempt was over. Is she giving up? No way. “It ended early, but it was a really awesome experience,” she says. “I can’t wait to try again!”

In July, Kyle Curtin set a new FKT record on the 275 km Tahoe Rim Trail (1d17h9m). He’s not stopping there. He’s now turned his gaze to the 112 km Smokies Challenge Adventure Run course that follows the section of the Appalachian Trail in the Smoky Mountains. Next up after that he plans to have a crack at the 100 km Pitchell Challenge course.

Kilian Jornet is also casually trying to set FKTs on mountains near his home in Romsdal, Norway. “Over the last few weeks I have been doing my best on summits like Romsdalshorn (1550 m), or linking all the 2000 m peaks in the Hurrungane range, and I’m sure more ideas will come up this summer.”

Because of the COVID-19 impact, Emelie Forsberg cancelled her plan to attempt a new FTK record on the 900 km, 40,000 m, GR10; a hiking trail traversing the Pyrenees.

Francois D’ haene has one in the back of his mind, but he’s keeping it a secret for now. Lucy Bartholomew is itching to get back out on the trails. The latest wave of COVID-19 infections and the subsequent lockdown in Australia delayed her attempt for a FKT on the 223 km Larapinta Trail. 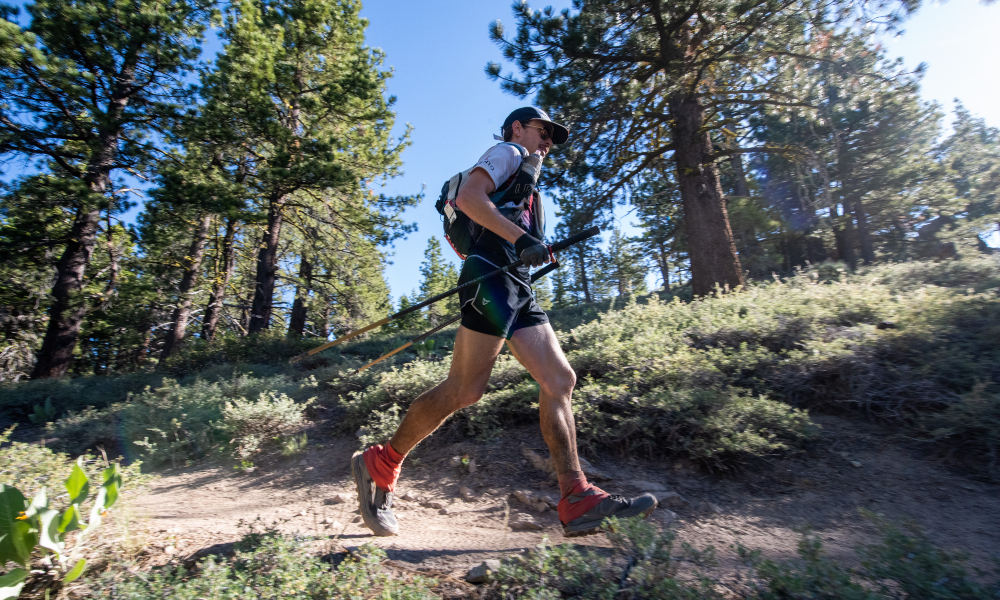 Kyle Curtin grinding it out on the Tahoe Rim Trail.

What makes an FKT?

Based on the criteria of the global body that validates and records FKT attempts – www.fastestknowntime.com – not all routes can qualify for a potential FKT record. The guidelines published on the website lay out what passes for a verifiable FKT trail, and what doesn’t. First up, FKTs must be done on foot only, not cycling, paddling and so forth. And these three criteria are important:

That’s the official criteria for an FKT. Ryan Sandes has noticed the term being used in other ways, however.

“I’ve been running ultras for 13 years now and FKTs have definitely grown in popularity,” he says. “This year, with no racing, there has been a massive boom. All sorts of mini challenges and things. I’ve noticed a lot more people setting their own personal FKTs. Maybe it’s someone trying to do the Table Mountain Crossing (37 km) as fast as they can. Maybe last year they did it in three hours and this year they want to break three hours. I think the term ‘FKT’ is getting used quite loosely now.”

Or maybe another explanation is that the real FKT attempts are inspiring a generation of trail runners to customize their own adventure runs and set personal bests. For this reason, Kilian Jornet believes FKTs are good for sport.

“They support the trail running community, because they are local,” he says. “Every village, region, has their trails and mountains and everyone can go and try to beat the FKT or just to see their personal best any day, any time, without the race restrictions and logistics. It’s simple and local so I believe that encourages people to run.” 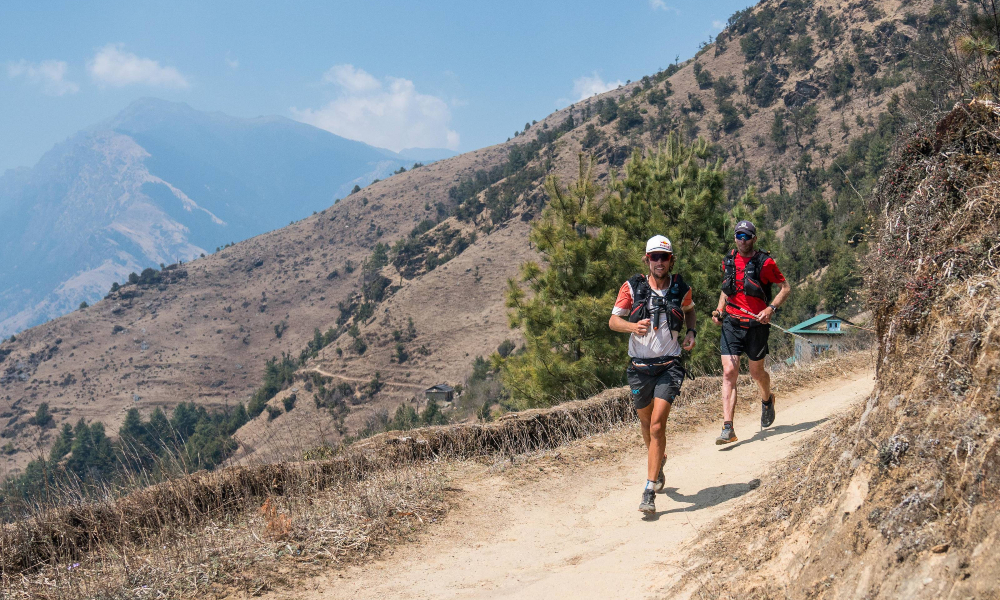 The fact FKTs are open to anyone, any time, is what 33-year-old Kyle Curtin finds so inspiring about them.

“Races can be prohibitive with their cost, what time of year they are, or because of a multitude of other reasons,” Kyle Curtin says. “With a FKT attempt you can literally control every factor. You can wait for a good weather day, and you can accommodate your work or life schedule.

“For the Tahoe Rim Trail I picked dates with a full moon for running at night, and still pretty close to the solstice and also late enough the snow had melted out to give me clear running trails, but still plenty of drinking water. You can weigh in all the factors you want to decide when you want to start.”

How to prepare for one

Kilian Jornet has achieved FKTs all over the world. He says training and preparation of course depends on the trail; distance, vertical gain, surface, climate and so forth. But there are three general rules to follow:

Buy and study topographical maps of the trail. Read trip reports about the trail and try to talk with the person who currently holds the record. He or she might have important insights to offer. Identify fueling, rest, water spots.

If possible, train on the route. Get familiar with it. When you attempt an FKT you don’t want to take a wrong turn; you should know exactly where you need to go. To avoid going off track, you can use your Suunto watch to navigate routes. Plan your route with Suunto app and transfer it to your watch with the next sync. Alternatively, you can also transfer GPX files to your Suunto and use those to navigate.

If training on the route isn’t possible because you live too far away, find a trail or terrain that approximates the route as closely as possible – in terms of surface, elevation, climate etc – and train there. If it’s a fast flowing trail, find a fast flowing trail to train on. Vice versa if it’s a more technical trail.