On Sunday evening, in Port Macquarie, Australia, history was made, as Debi Hazelden crossed the finish line at Ironman Australia. But that one race had very little to do with it – about one percent, in fact. It was the 99 days before that race that made the record – in which Debi ran a half-distance triathlon every day. Let us repeat that again. Every. Single. Day. For 100 days straight.

How did the new mom pull off what is one of the greatest achievements ever in endurance sports? Dedication, planning, consistency – and plenty of mental fortitude. We interviewed Debi and her coach (and husband) John to find out what made her tick - and keep ticking.

We know it was hard – but what was the hardest?

Debi: Illness, injury… and rain. I caught a virus from Ryder [Debi and John’s one-year-old son] and that really knocked me back. Days 50–56 I was battling through a foot injury, but by day 60 I was 100% pain-free again. Other than that – rain! We had one super rainy week at the beginning, including a day with up to 85mm. There was often water up to the axles of my bike! Then of course there were the days with 40°C heat. 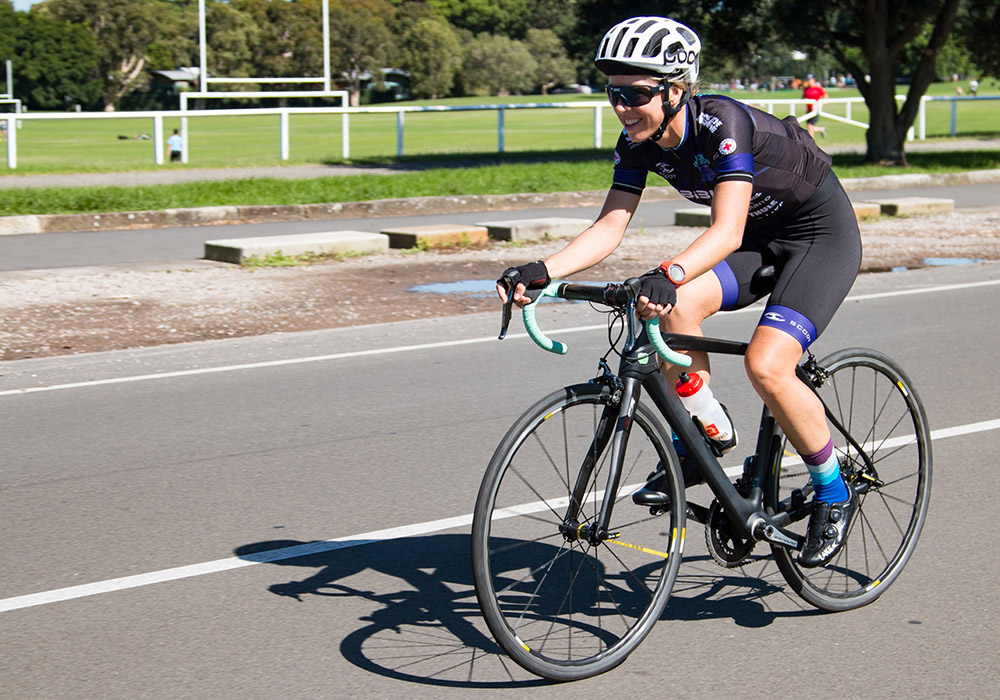 Debi during one of the sunnier bike legs.

Speaking of the bike, how did it survive?

John: Actually, we took it for a tune-up before the big official race day here in Port Macquarie – he took one look and said ‘what the hell have you been doing to this thing?’. Debi was really only using two gears so those were totally worn while everything else was quite clean. The bike did better than the shoes – she went through about eight pairs of shoes!

So you ran first at home in Sydney, then finished in Port Macquarie.

Yep - days 1 – 94 were at Centennial Park near our home. Then we hopped in the camper for a 5-hour drive to Port Macquarie, where she did the last six. The transition was tough – especially with a short night of sleep. But the final day – one which I did a full Ironman, not just a half. 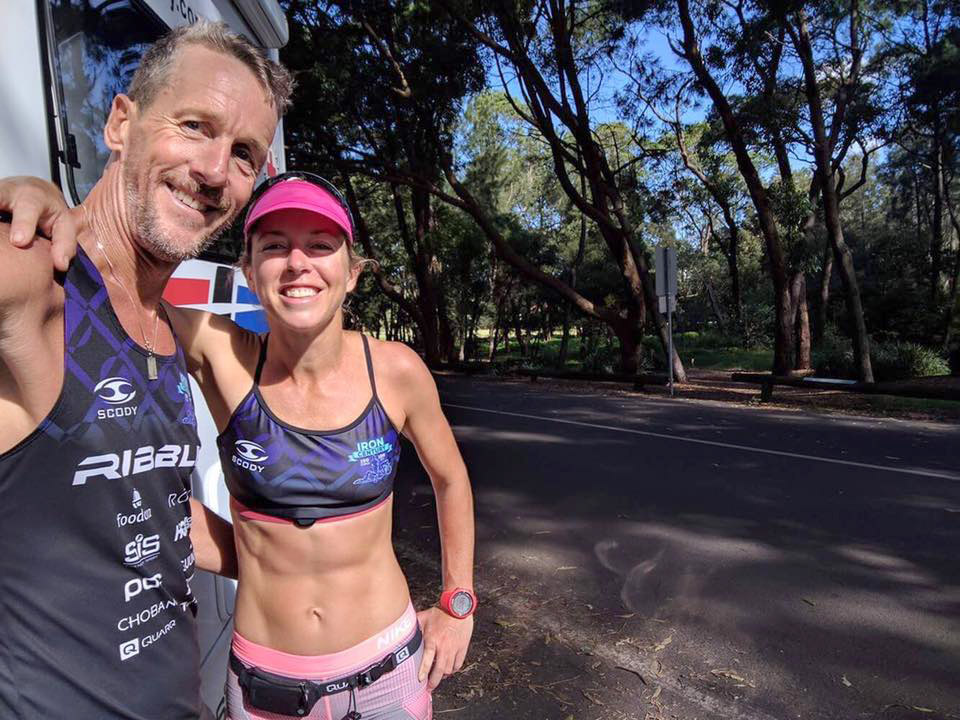 John is Debi's husband, coach and a fellow triathlete.

That’s… not how to taper.

John: Talk about coming in with tired legs! Debi still did great – fourth in her age group and 18th overall. Not bad for a cumulative 99 days of half-distance triathlons preceding.

Debi: Yeah, the course was tough – the road is big chips, not smooth at all – but having all the people out there helped. There were about 3,000 people out on the course, and tons of spectators. That made a huge difference!

What kind of pace did you keep?

John: Well below race pace – we knew we were in for the long haul. Debi became addicted to heart rate and time. It was nothing to do with the distance – if she kept the heart rate and time, she’d finish. It was about 125–130 average running, and on the bike 110 average. That’s versus 160 during the run and 150 with the bike when fresh, tapered and race-ready. 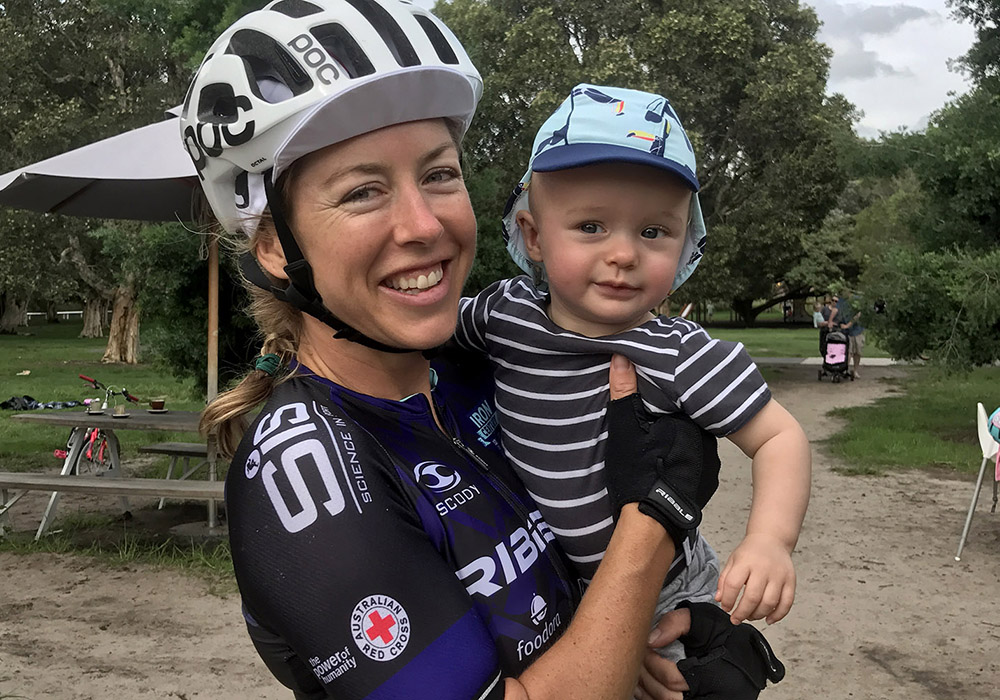 Debi: Breaking the world record on day 31 was a blast. We had about 70 people out with us that day. (You can read more about that day here!)

How much of it is physical vs mental?

John: After a certain point, your body adapts and the physical impact is the same. Debi went on autopilot – you can see it in her Movescount times. Her average speeds are so consistent. After that it’s all mental. Most people run on emotion, not intelligence. When you use intelligence for endurance events, you become a lot more successful – it’s a three-way conversation between body, intellect and emotion. As long as everything is going well, the body responds accordingly. When your emotional level suffers, your body suffers. You have to reason your way out of a difficult situation. We’ve likened it to the body being a computer. The software is the emotion. The processor is the intellect.

Debi: Lots of other ideas! John would love another go at the 100-day challenge – he’s got a couple tendons in the shoulder that need surgery first. But we feel that we work best as a team, so it’s going to be something together. There’s definitely another adventure in the works!

Watch Debi, John and Ryder cross the finish line on the final day