Two Suunto athletes test their uphill engines in the Alps.

For ordinary mortals, completing the Hoch Tyrol ski route – with 10,000 m of ascent over 100 km – usually takes six days. The alpine route runs from Kasern, South Tyrol and proceeds from hut to hut, crossing Grossglockner ( 3798 m), Austria’s highest mountain, before finishing in Kals am Grossglockner. Often exposed, with steep climbs, and technical skills required, it’s not for the faint hearted.

Suunto ambassadors and mountain athletes Francois D’Haene and Philipp Reiter didn’t have six days. So they decided to complete the epic alpine crossing in one push, on one day. This is what having vertical power provides – epic adventures in a single day.

Click here to learn how to improve your vertical speed! 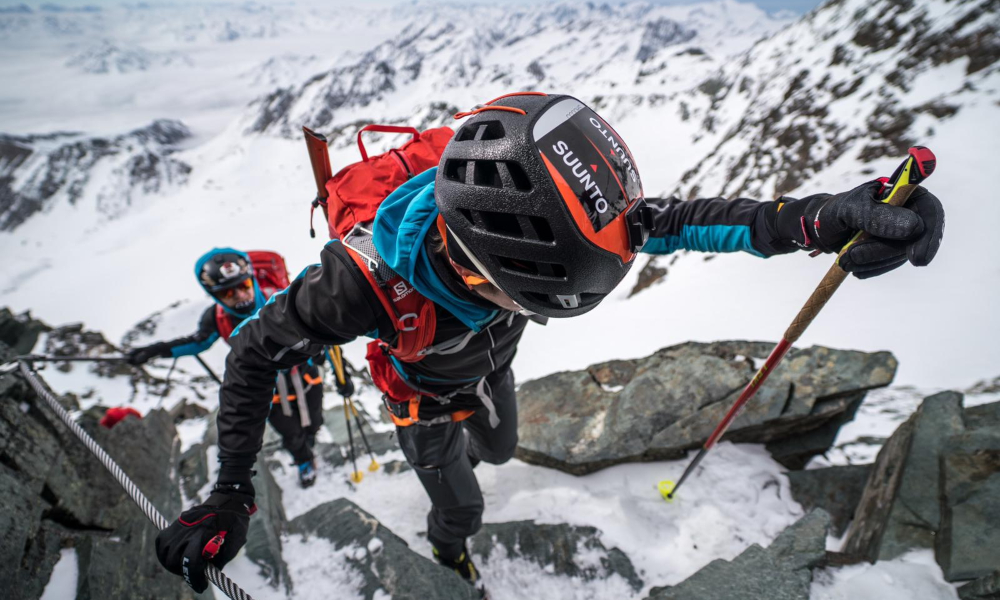 Setting out, the weather didn’t play nice, and they found themselves skiing down a couloir in poor visibility. Their Suunto 9 watches allowed them to safely navigate the white out. The crossing demanded more calories than they anticipated so they ordered big plates of pasta at one of the huts. As they continued, the weather cleared, and they enjoyed some stunning descents. By the time night fell, their tanks were nearly empty, but somehow they reached the end.

"I was never as destroyed as when I was fighting my way up to the final peak, Grossglockner," Philipp Reiter says. "I tried to convince my body to keep walking but every 30 steps it just stopped for a few moments before I could push on again. It was a mix of all the pre-planning stress, not enough sleep and physical exhaustion from almost 10.000m+. When we finally reached the summit it was just overwhelming feelings - so happy to have completed our project!"

Hit play below to watch their big day out!

And the World Vertical Week winners are...