Follow these principles to tread more lightly on our planet.

Growing up in the wild forests of north-east Sweden, Suunto ambassador and mountain runner Emelie Forsberg formed a deep, enduring relationship with natural places and a desire to explore and protect them.

After recently giving birth to her second daughter, she has gradually returned to running and training, and aims to race again soon. Her other great passion in life is working with the earth and understanding natural systems.

The former sky running world champion, mother of two and avid gardener is passionate about sustainable living and minimizes her household’s environmental impacts.

“The most important thing in life is to live sustainably in all ways, in relation to myself and the goals I have, with nature, and my children,” Emelie says. “I think everything is connected. Of course the biggest concern is to take care of the planet we live on.”

With sustainability and climate change urgent topics, with grave implications for humanity, we caught up with Emelie to talk about her approach to it. Read below for her principles.

Learn about Suunto's approach to sustainability 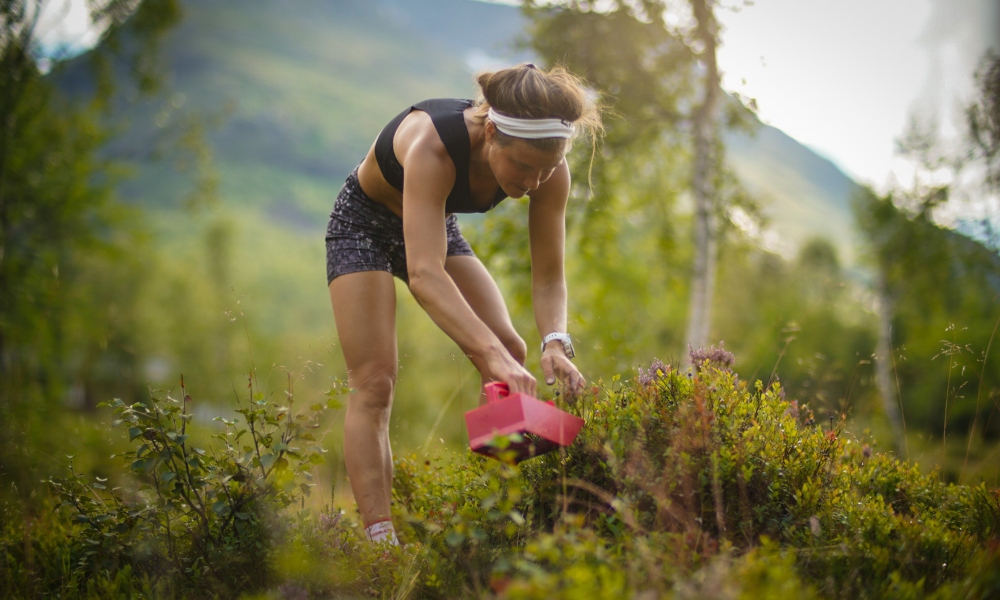 Emelie collecting berries for the freezer to last over winter.

Emelie first learned about these 30 years ago when she was in kindergarten. Now, they are more important than ever.

The four ‘R’s are: reuse, reduce, refuse and recycle.

With 7.5 billion people on the planet and growing we need to be careful how we manage the planet’s resources. Every year Earth Overshoot Day - which marks the date when humanity’s demand for ecological resources and services in a given year exceeds what the planet can regenerate in that year - arrives earlier and earlier. In 2021, it arrived on July 29. Reusing, reducing, refusing and recycling are essential components if we are to preserve, even restore, our planet’s natural systems.

There are so many possibilities here. For example, there are the obvious ones like taking a reusable coffee cup with you and using that on the go, or getting reusable cloth shopping bags, rather than using plastic bags. You can also reuse clothing, kitchenware and furniture by buying second hand. Glass jars, plastic containers, milk cartons and so many other household items can be repurposed and reused.

“I often think about my grandparents when it comes to reusing things because for them, and their generation in general, this was very natural,” Emelie says. “I grew up with this principle so it feels very natural to me, and I implement this with my daughters as well.”

Ok, so we know we didn’t mention this one at the outset and that’s because it’s really just another aspect of reusing - repairing items rather than tossing them out because of damage. The less we put into landfill and reuse the better. Items like shoes, clothes, furniture, sports equipment and more can, with a little skill, be repaired. In cities around the world “upcycling” - the creative reuse of discarded items in such a way as to create a new item often of higher quality or value than the original - has become a popular activity with courses showing people how to approach it. Repairing can be fun!

“In general, I try to reduce my impact by reducing unnecessary gear, clothes and other material things,” Emelie says.
Reducing can also mean choosing to drive and fly less, and cycling or walking more. It can also mean reducing how much meat and dairy we eat, given methane emitted by livestock is a more powerful greenhouse gas than C02. We can also reduce how much electricity we use by turning unnecessary lights off and shutting down our devices rather than leaving them running. Reducing can also mean buying your vegetables from a local market rather than plastic wrapped items from the supermarket.

This one might seem touchy. But if you accept what the vast majority of climate and environmental scientists are saying and the impending disaster human civilization might face as a result of our impacts, then saying no to certain things is a logical and necessary next step. Many people, for example, have decided to stop flying. While others have decided to say no to taking short haul flights. We can also refuse to invest money in organisations that support the fossil fuel industry. In terms of everyday life, we can refuse to buy single use plastics, cheap plastic items, or vegetables packaged in plastic. There are many possibilities.

“Say no to meat, fruit and vegetables produced with a lot of pesticides, non-seasonal food and so on,” Emelie says. “The list can be huge if we want!”

This one doesn’t need much explanation and is really the very least we should be doing. But we can get creative about what we recycle. Glass, metal containers, paper and plastic, obviously, plus clothing, batteries, electronic equipment and so much more. 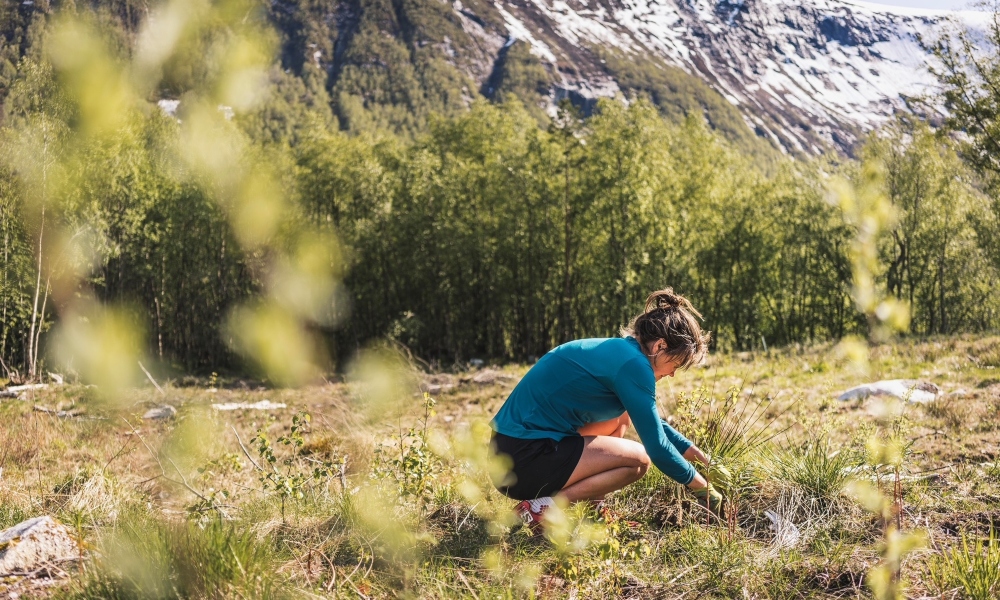 Eat plant based, or as much as possible

The UN and multiple studies have found one of the best things we can do to stop climate change is adopt a plant based diet. Less livestock animals belching and farting methane the better. It also means less land use for grazing, and more space for forests to regrow. If going full plant based doesn’t work for you, then like our other ambassador Greg Hill and many people try being a weekday vegetarian - only eat meat on the weekend. 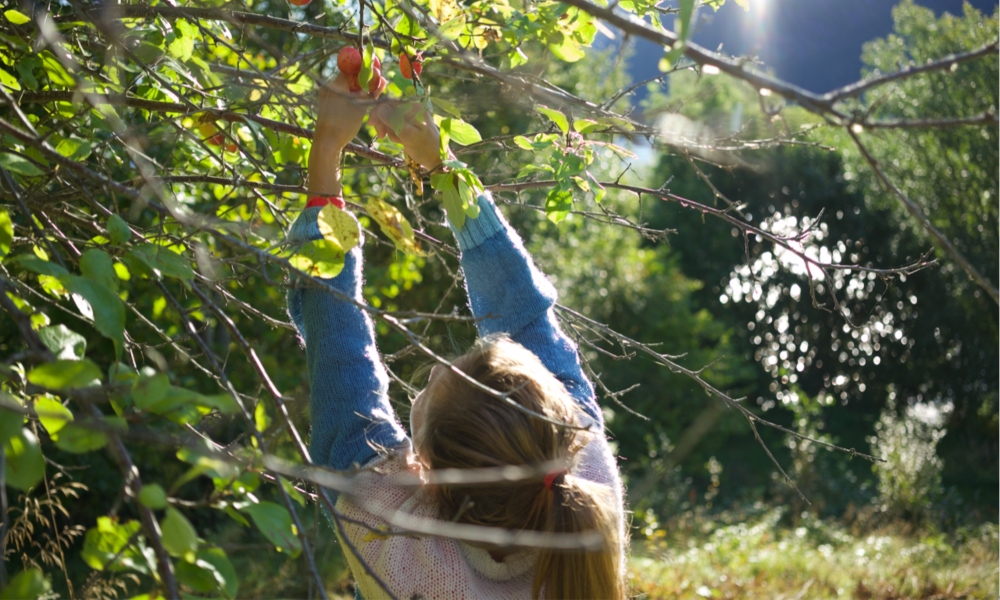 Eating seasonally and eating locally are two sides of the same coin. “Locavores”, like Emelie, choose to eat what is grown nearby, season to season, keeping to a minimum their “food miles” - how far their food has had to travel to arrive on their dinner plate. This means less resources are required to transport and store food. Ask yourself whether you really need to eat those strawberries in the middle of winter or whether you can wait until early summer and buy them from local producers?

Scientists have sounded the alarm about what they call the insect apocalypse - steep bug population declines because of stresses caused by humans. Sure, bugs can be annoying, but they play crucial roles in our ecosystems. Bees and other pollinators, for example, pollinate nearly 75% of the world’s plants that produce 90% of the world’s food.

Yet their numbers have been decreasing, and one of the reasons is the use of insecticides; nasty chemicals designed to eliminate insects that threaten crops. The problem is they kill much more than the targeted pest.

“So important to support farmers who don’t use pesticides,” Emelie says. “Pesticides destroy the living ecosystem.” 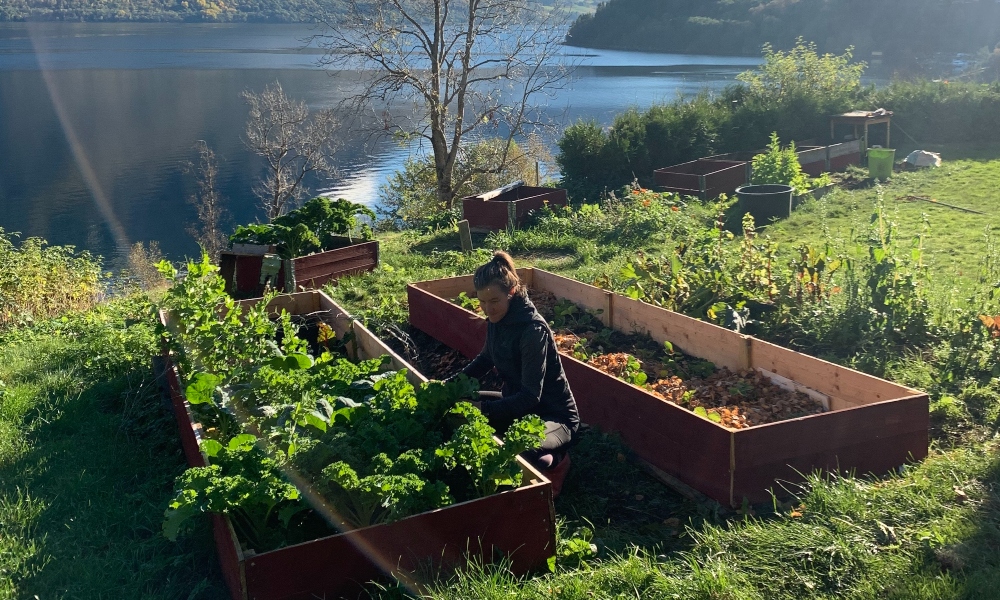 Grow your own food

“For me this is a way to connect to nature and realise how important it is that we take care of it,” Emelie says. “It also gives me so much respect for the products of organic small scale farms and farmers and their work. I would never ever let any veggies I grow in my own garden go to waste, and I bring this awareness into how I respect veggies I buy as well. I know the process of growing the food!”

If you do start your own garden, Emelie encourages growing flowers in and around it to help the bees!

Small caveat:
It’s also important to point out that while all of these measures can help reduce our individual emissions and other environmental impacts, the challenge of climate change is too big to be solved by individuals alone. System change is required.