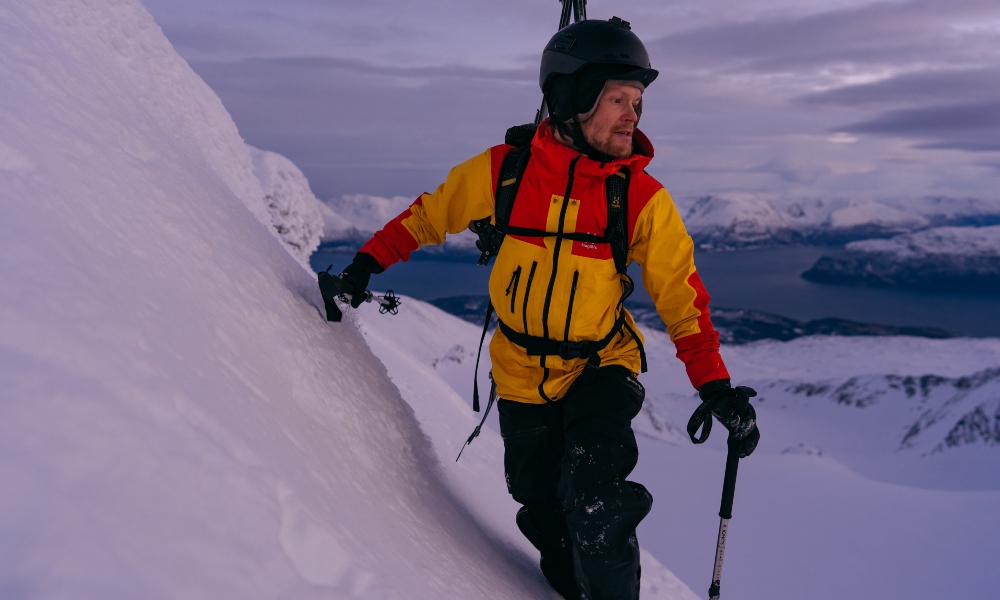 Getting to the top of the lines Antti rides often involves challenging climbs with ice axes and crampons. 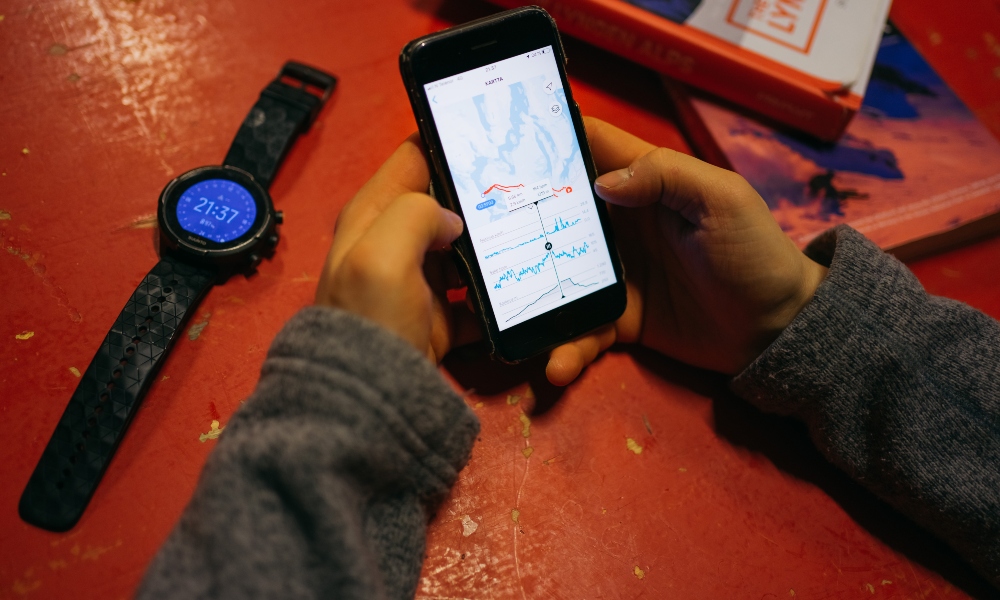 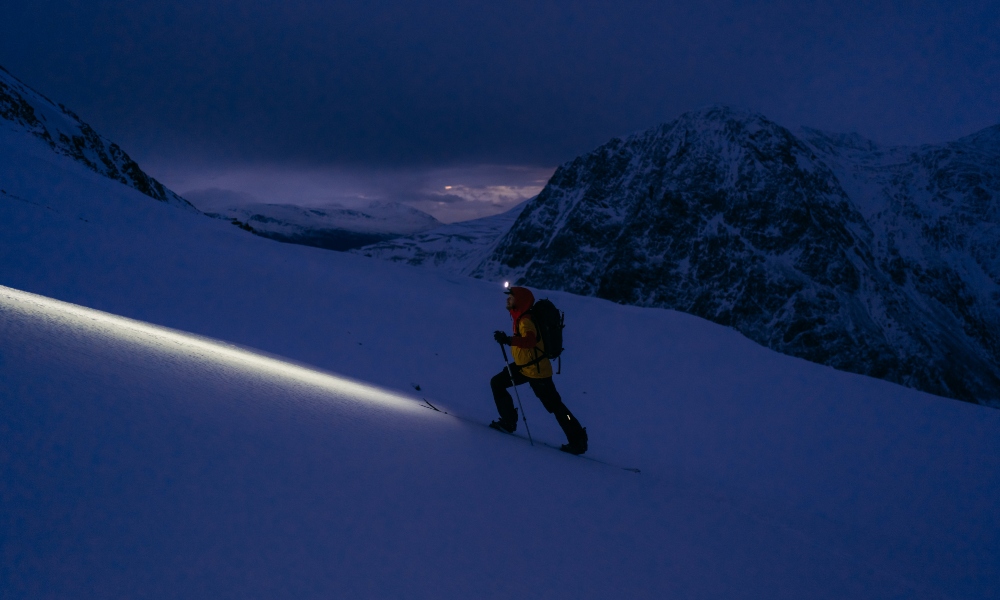