Traditionally, since Haldane’s 1908 tables, decompression stops have always been deployed in fixed steps such as 15 m, 12 m, 9 m, 6 m and 3 m. This practical method was introduced before the advent of dive computers. However, when ascending, a diver actually decompresses in a series of more gradual ministeps, effectively creating a smooth decompression curve.

Suunto RGBMs optimize these two contradictory issues through a combination of a slow ascent rate and continuous decompression curve. It all comes down to proper control of the expanding gas during an ascent. This is why all Suunto RGBMs use a maximum ascent rate at 10 m/minute, which has proven over the years to be an effective protective measure.

The added advantage of having a decompression ceiling and floor is that it recognizes that in rough water, it might be difficult to maintain the exact depth to optimize decompression. By maintaining a depth below the ceiling but above the floor, the diver is still decompressing, although slower than optimal, and provides an additional buffer to minimize the risk that waves will lift the diver above the ceiling. Also, the continuous decompression curve used by Suunto provides a much smoother and a more natural decompression profile than the traditional “step” decompression.

In this decompression profile the ascent has divided into traditional 3 m (10 ft) steps or stages. In this model diver will decompress at traditional fixed depths. 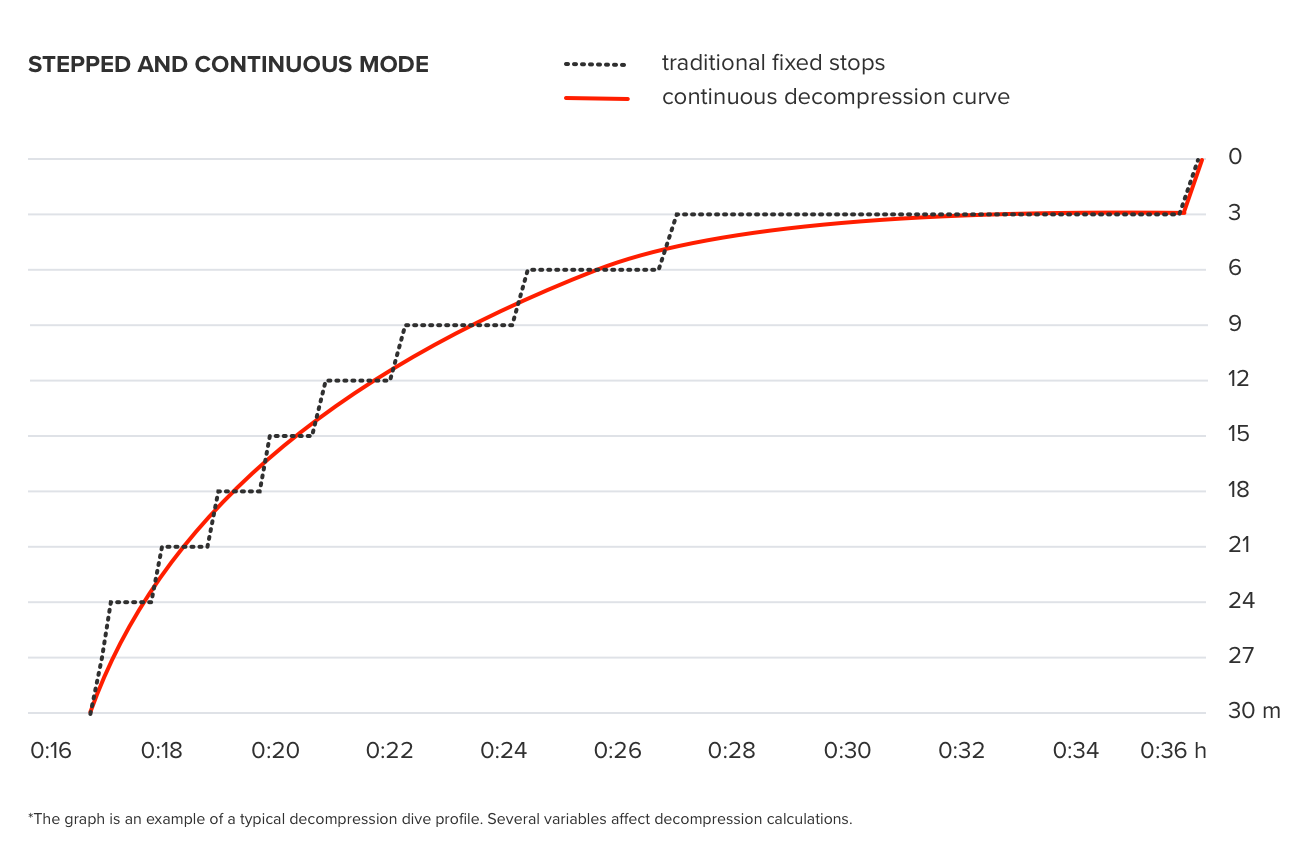