Mid-winter is traditionally a time for hibernation and holing up before the better weather of spring arrives. And so it is for the Under the Pole expedition who are currently over-wintering in Greenland.

“All our suppliers are now installed in front of Ikerasak in our wintering place,” the team say in their latest dispatch. “The strong winds of these last weeks have not let the sea ice form. We hope to see the WHY [the team yacht] immobilized in the sea ice at the end of December.” 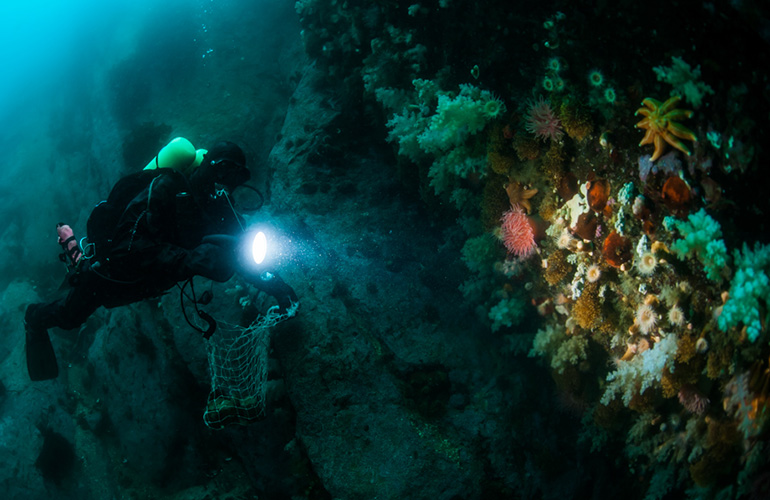 “We have still two hours of light despite the fact the sun doesn’t rise any more above the horizon. Navigation is still practicable and we’ve made some back and forth to Uummannaq to pick up crew members and to protect us from the violent storms.

At the beginning of December we registered winds of more than 65 knots! During 20 hours the crew did shifts to keep an eye on the hawsers and to protect the boat from the icebergs that came and hit the boat’s hull.” 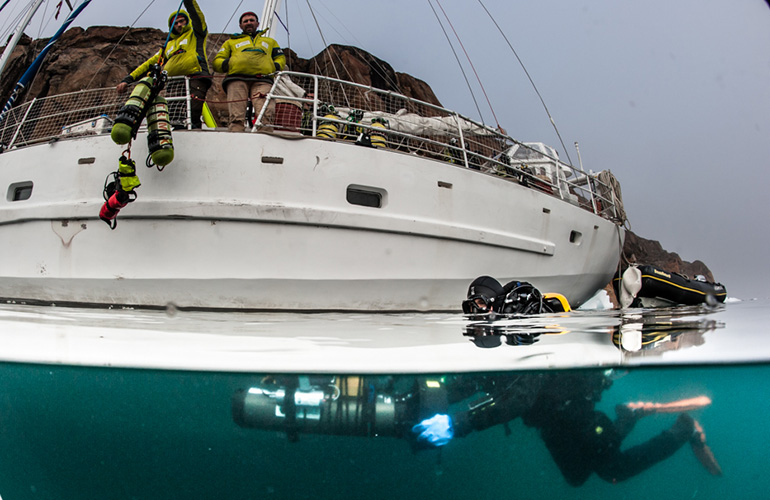 Despite this, diving conditions have been exceptional. “Visibility is magnificent, worthy of the incredible environments that we found at the North Pole in 2010. This winter is going to be remarkable,” adds Ghislain Bardout, expedition leader.

Under The Pole is a series of submarine polar expeditions aiming to explore the hidden face of the Arctic and Antarctic polar regions in their diversities. The expedition, which is supported by Suunto, aims to further our scientific knowledge of the region and environment.

All images © Lucas SANTUCCI / Under The Pole