After touring towns in the Alps, a photo exhibition about the project has come to its last stop. 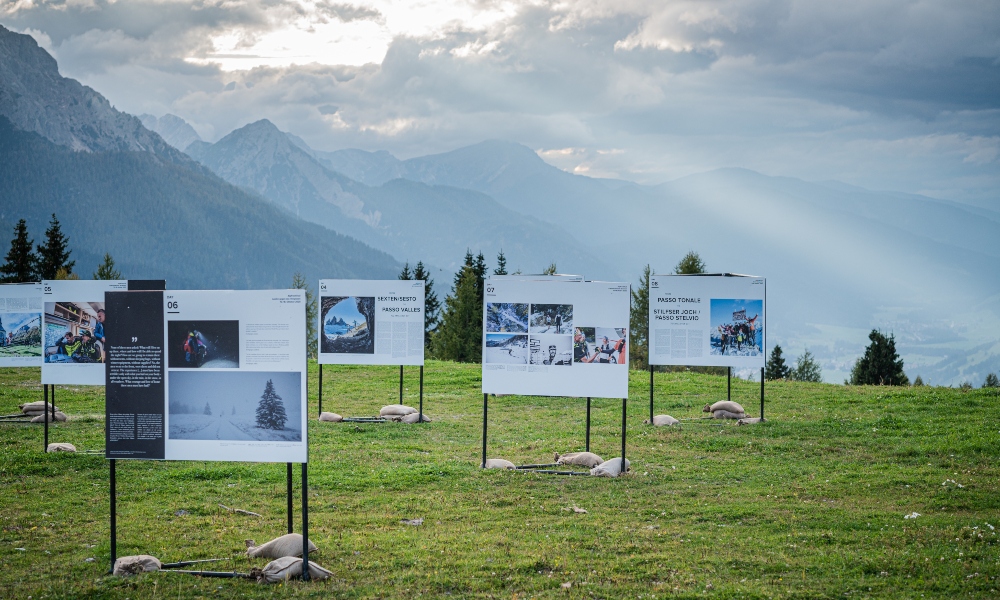 It’s been a year since a group of German, Austrian and Italian athletes completed a relay run along what was the frontline between Italy and Austria during the First World War.

They did the AlpFrontTrail run to explore their own history and to remind the public what can happen when divisions fester and walls go up. As they ran the 850 km frontline, they visited former military forts and met local guides who explained the events of that dark time. Each athlete was personally touched, and went home with a newfound appreciation for the importance of remembering history.

“There are stories from that time that we find unimaginable today,” says Harald Wisthaler, a professional photographer who captured the journey. “There’s no one who’s still alive who lived at that time. But we met a lot of older people who said their family was in the war.”

Harald combined his photography, bits of history and personal experiences from the project to create the AlpFrontTrail exhibition, which travelled through six towns in the Alps over summer. It’s not too late to see the exhibition, which is now being exhibited in Monte Elmo, Italy, next to the largest sundial in the world.

The exhibition has been well received as it has travelled through the Alps, reminding many younger people about the war in the mountains that happened 101 years before. “Many people realised, especially after everything that happened with COVID, that borders are still here, and they can be closed. Now, the border is just a line on a map. But 101 years ago it was much more.”

All images by Harald Wisthaler