Janick Lemieux and Pierre Bouchard are on the first leg of an epic cycle journey NOMADS² from northern Europe to the southern tip of South Africa in search of indigenous nomadic peoples.

Janick Lemieux and Pierre Bouchard are no strangers to long cycle journeys. The Canadian couple previously spent six years on a 60,000 km 'cyclovolcanic' quest around the Pacific. For this trip, their plan is to cycle 35,000 km from Nordkapp Norway to Cape Agulhas, South Africa via 50 countries and dozens of nomadic groups.

“We're embarking on an epic ride and a true voyage of exploration!”

So far they've already cycled across Norway and encountered the Sami reindeer herders.

“We snaked our way up north amidst its jaw-dropping fjords and celestial plateaus jutted with glaciated peaks and entered Sami (Lapland), traditional territory of the first nomads on our list, and were riding on the lookout for reindeer, their summer pastures and their herders,” the pair say in their latest dispatch. 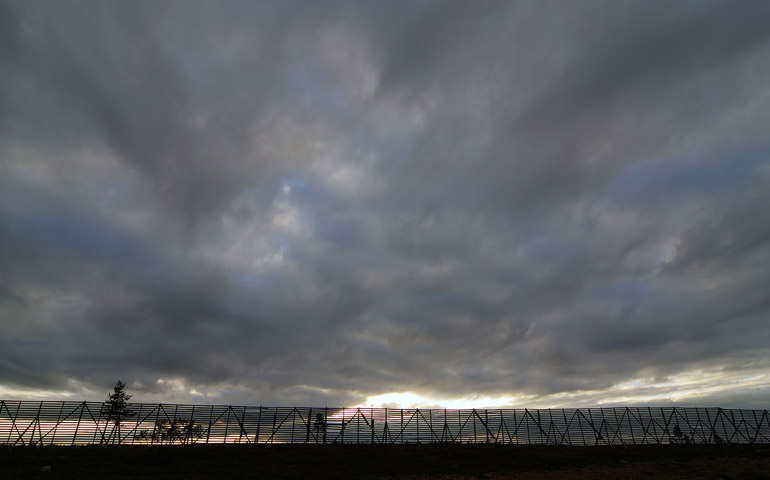 Besides Norway, they've also cycled across Finland's wilderness. “It's a land of magnificent taiga forests speckled with a multitude of lakes, vital marshes, and vast expanses of tundra covering summits and upper reaches of tunturis or fells. Reaching some 800 m above sea level, the venerable bald ridges are the sole survivors of billion of years old lofty mountain ranges. With their abundant lichens and few mosquitoes, they provide ideal summer grounds for reindeer. It's been a real immersion in this amazing land,” they add.

It's not just remote indigenous peoples whom the pair have met. They also managed time for an encounter with an equally engaging team of individuals – the workforce at Suunto's HQ in Vantaa, Finland. We wished them the best of luck in their onward journey.