Gediminas Grinius was a road runner from Lithuania – a country without mountains. In a short time, the father of two has become a formidable competitor in the international ultra trail running scene.

Not only did he win the 125 km Trangrancanaria Ultra Race, the 35-year-old broke the race speed record set by fellow Suunto ambassador Ryan Sandes. Most recently he placed fourth at the Western States 100-Mile Endurance Run.

Not bad going for a guy who lives 500 km away from the nearest mountain range. Below, he shares six things that helped him make the leap from road to trail.

1. Patience is a virtue

Over winter I was in the gym doing all kinds of things to keep my legs in shape. For example, I’ve been doing a lot of squats and step box training, which imitates power hiking.

Want to become a better runner? Then click here to check out Suunto's How do I Run? contest!

3. Make friends with a hill, any hill

There’s one hill near where I live and it’s only 70 m high, but I’ve used it to do hill repetitions, usually 20 or 30 times up and down. It helped me to handle the mountains in the Trangrancanaria race. 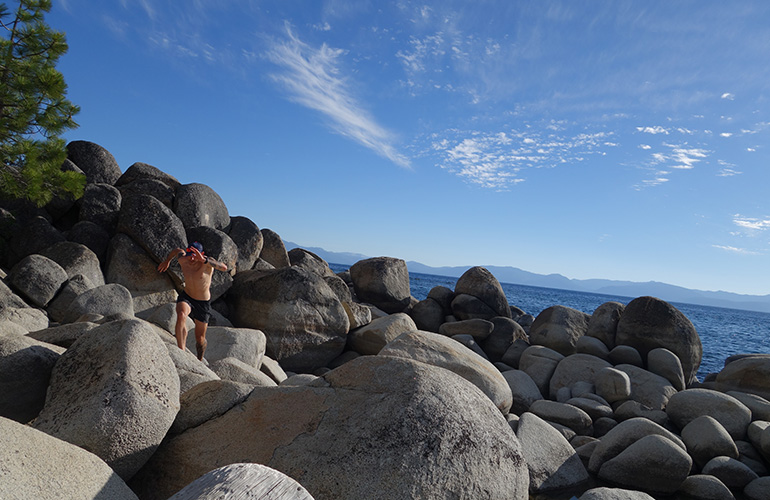 He spent time training on the shores of Lake Tahoe. © Gediminas Grinius

When you're doing a lot of training you have to be careful to listen to your body to avoid getting injured. Over the last five years I haven't had any serious injuries so I've been able to sustain my training level and increase it. This has helped me to become a stronger runner.

5. Be prepared to travel

Sometimes when you're running in the mountains it becomes stressful. But yoga has taught me how to relax my mind. Sometimes even when I have pain or some other issue, what I’ve learned through yoga has helped me to relax.

How to improve your walking technique