The second annual World Vertical Week was held last week, between February 27 and March 5. The goal was to find out where in the world Movescount members ascend the most and who are the queens and kings of the hill.

The World Vertical Week is about collecting vertical meters for your country and your sport. All moves in all human-powered outdoor sports count. To keep the playing field level, we were only comparing averages. A cumulative number of ascent meters per country would not have made sense as the population and number of Suunto App users varies. 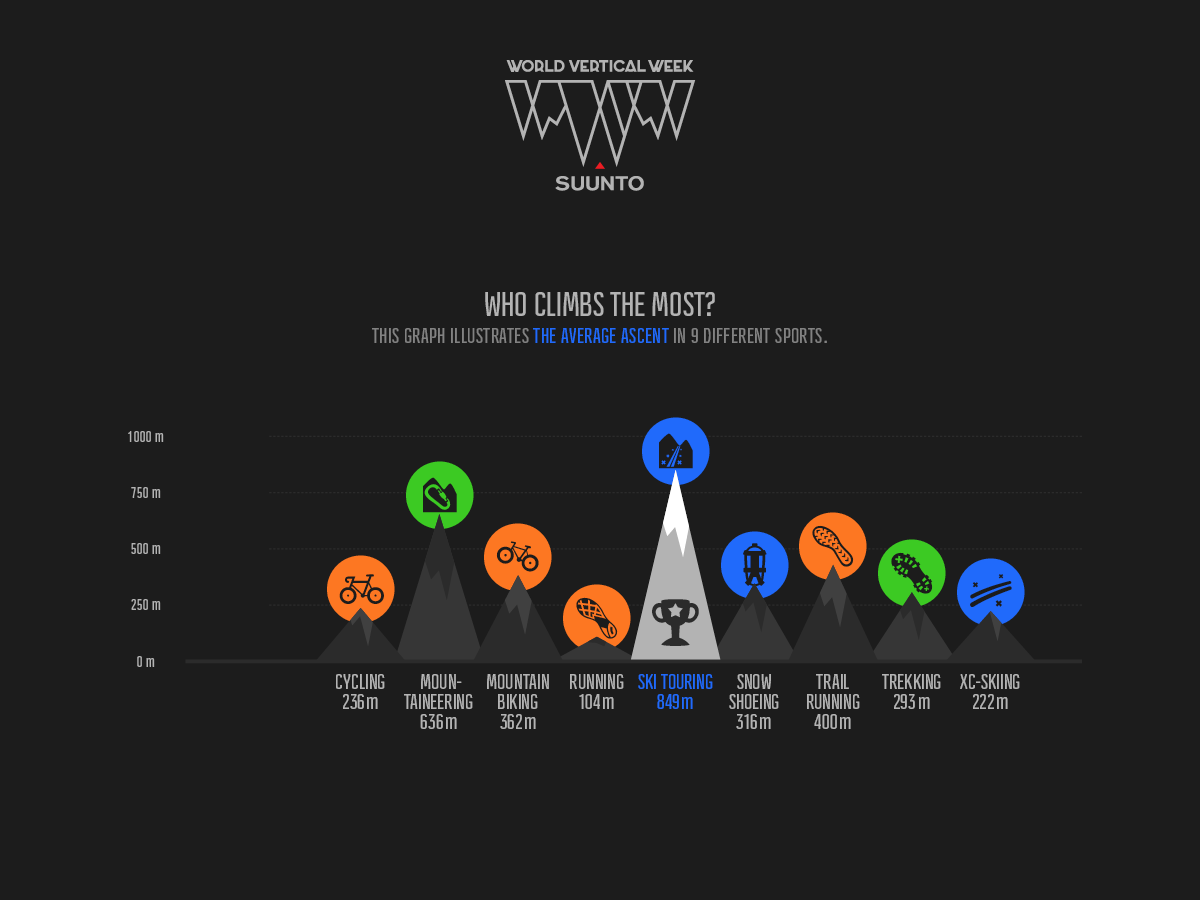 Skiers are still quite clearly the queens and kings of the hill with 849 meters of ascent in average. The mountaineers climbed on the second spot with 636 meters and the trail runners rounded out the top three with their 400 ascent meters.

Actually the order of the activities remained almost identical compared to 2016: the only difference was that mountain bikers passed the snowshoers in the listings.

SKI TOURING IS NUMBER ONE – BUT WHO SKIS THE MOST? 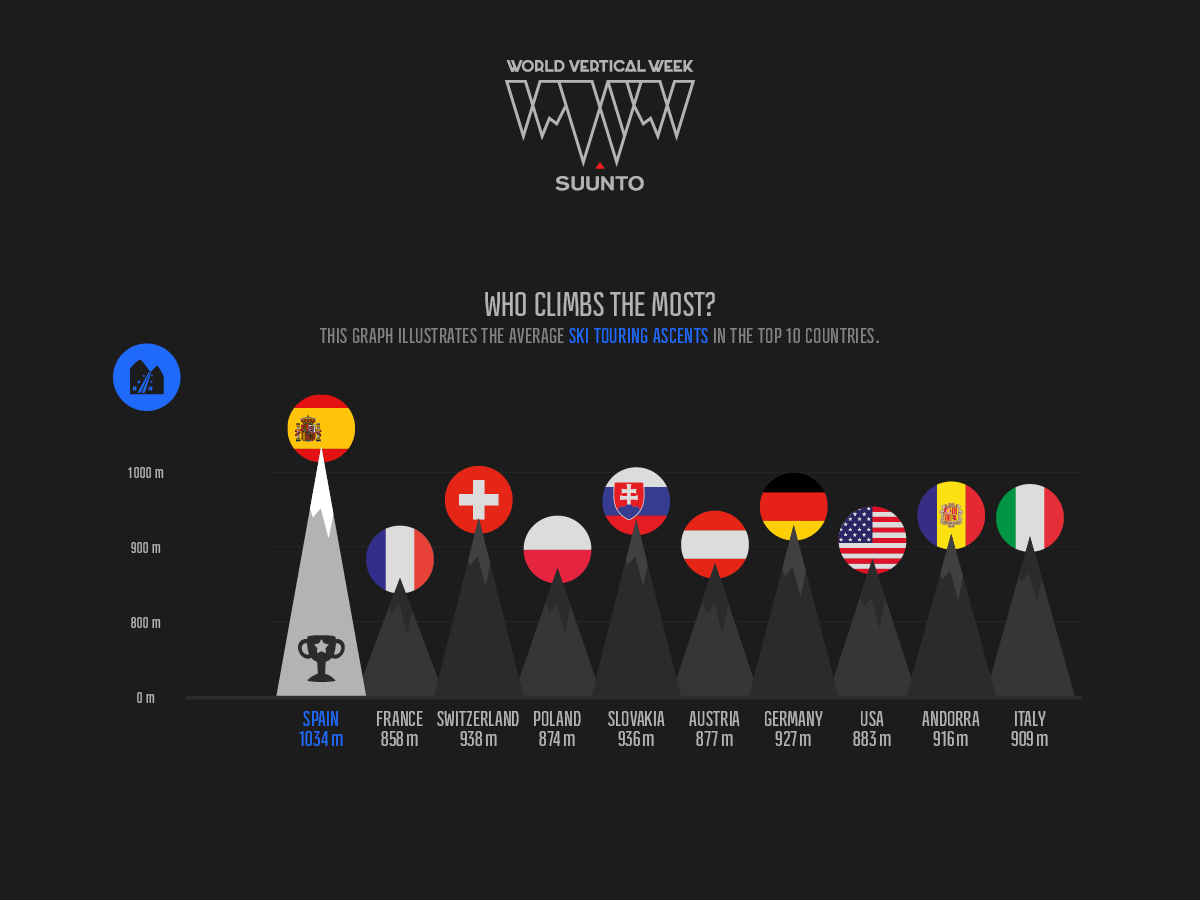 Now that we know that ski touring is the sport with the biggest average ascents, it is time to dig deeper. The snowy winter in the Pyrenees has boosted the skiing spirits of the Spanish and they were the only athletes to cross the thousand vertical meter mark – in any country and any activity. Felicitaciones, españoles!

A SLIGHT SURPRISE IN MOUNTAINEERING 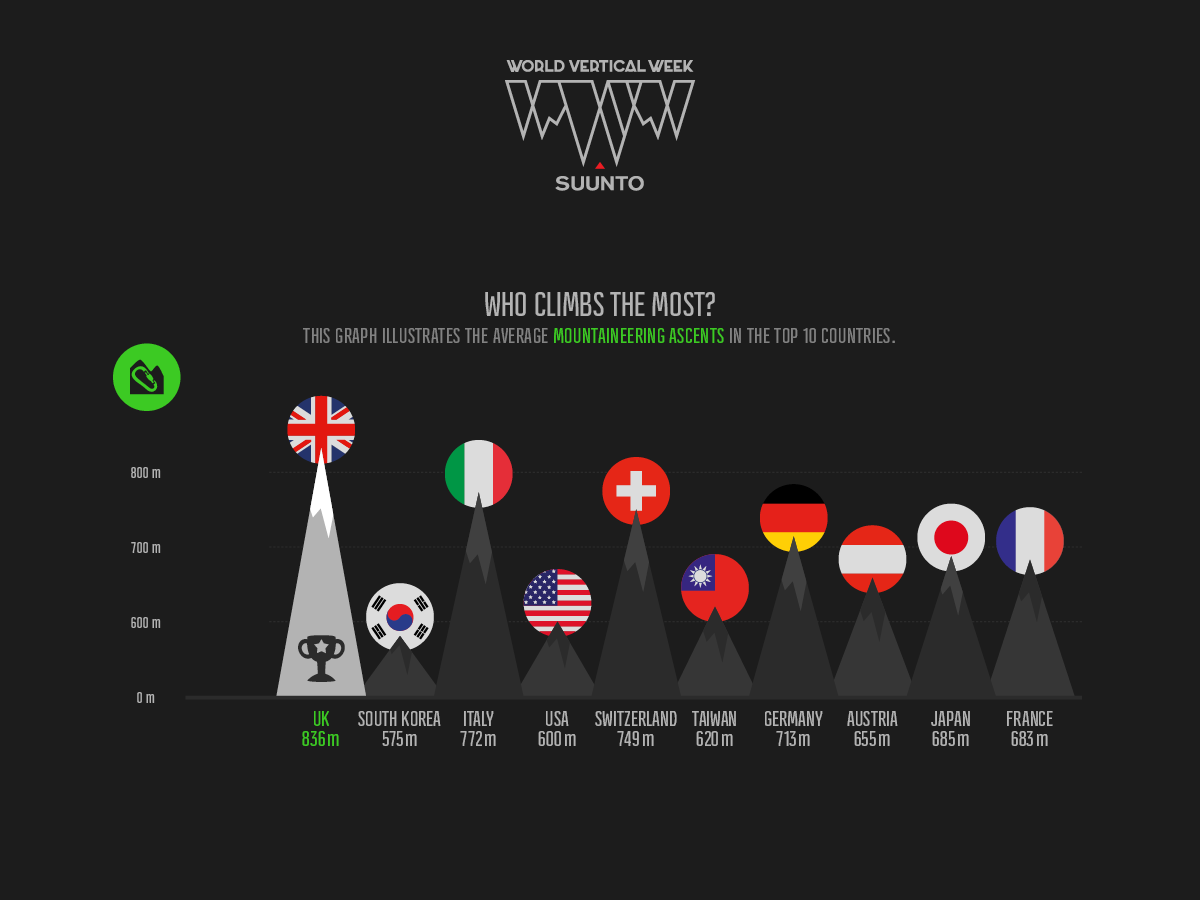 Mountaineering was second in the activity listings. But the leading nation within that activity was a slight surprise: United Kingdom surely has a long mountaineering tradition, but only a few – at least here in the Suunto office – would have bet their money for the island nation. The UK was not among the top mountaineering nations last year, but still they took the first place with 836 meters in 2017. 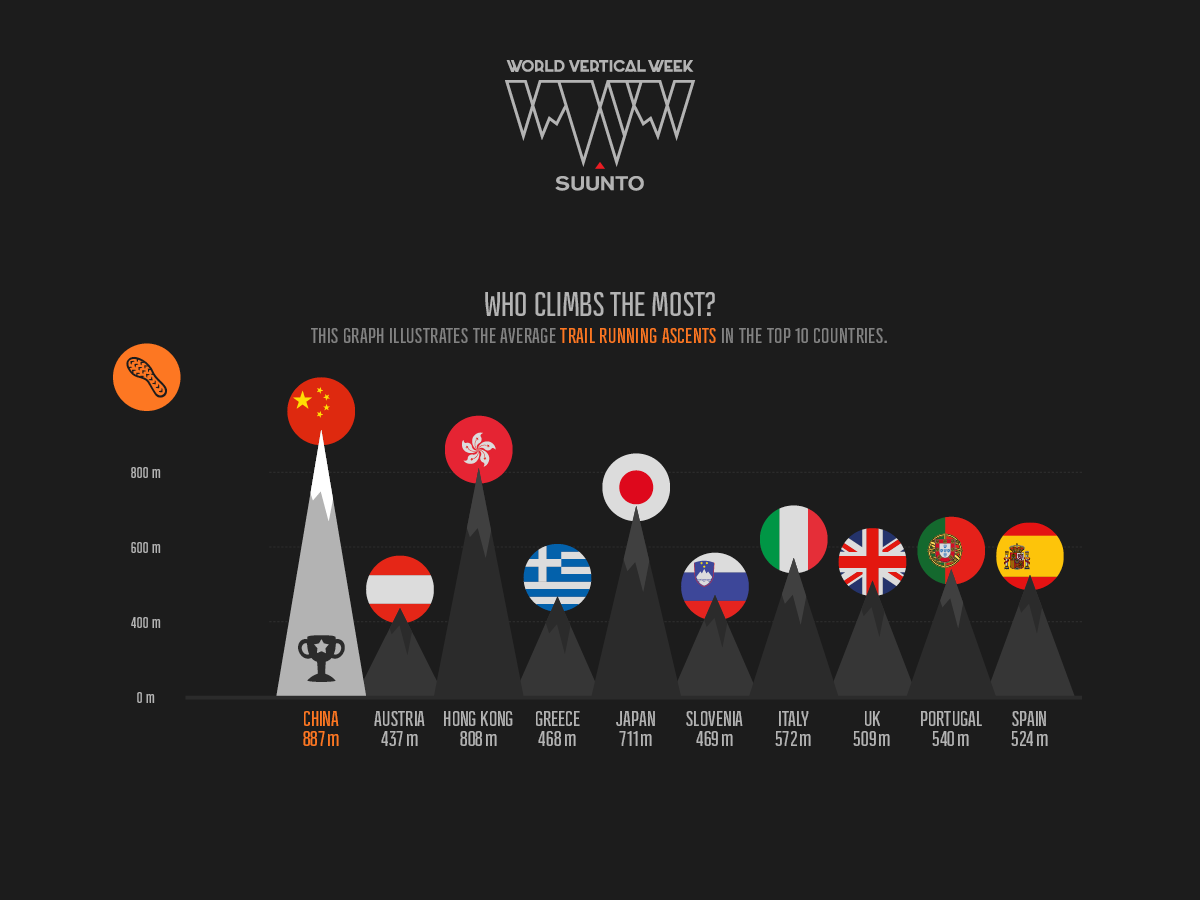 It was clear already last year that China, Hong Kong and Japan are strong in the trail running segment. This year they occupied the top three with excellent performances and clear margins.

Maybe having the Vertical Week in winter limits the possibilities for trail running in mountainous areas in Europe and North-America but still the Asian performance was impressive. Great climbing, China, Hong Kong and Japan! 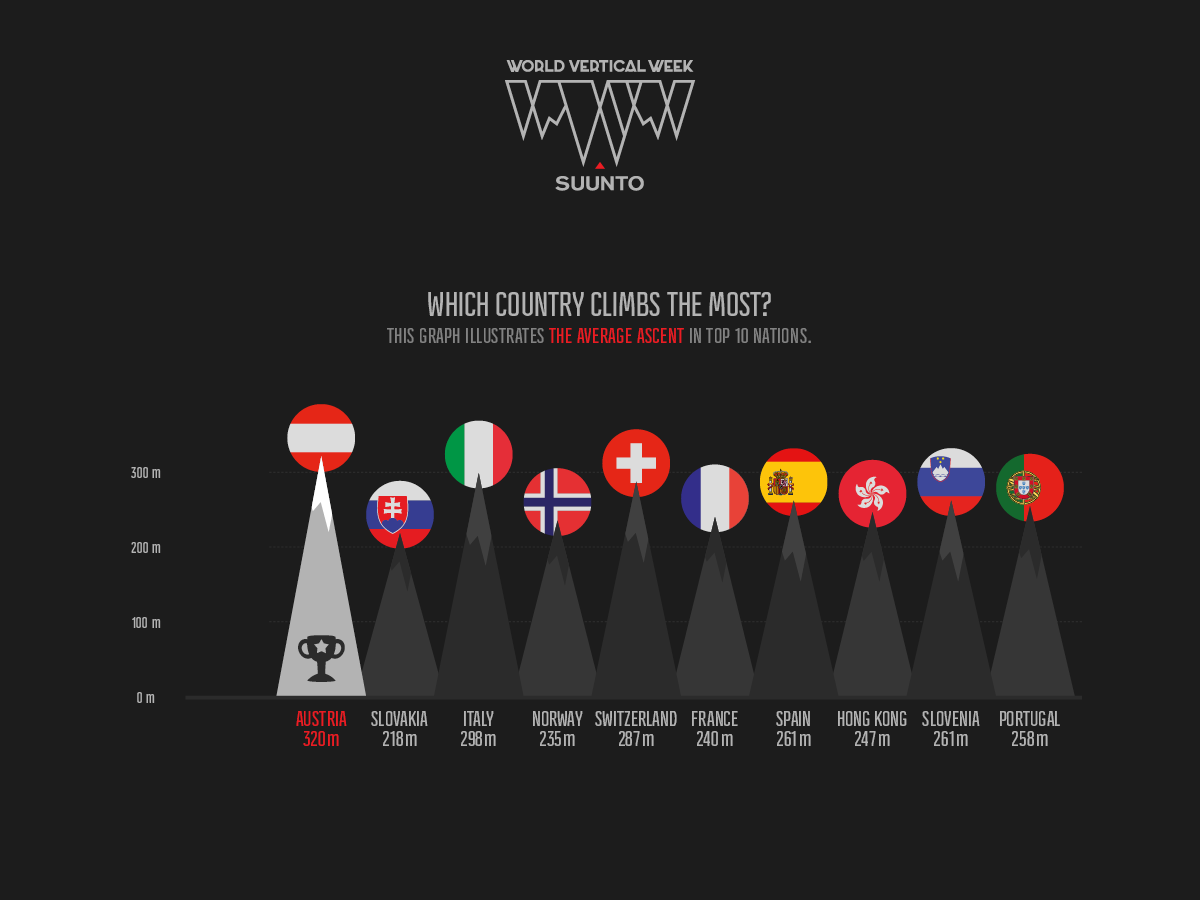 We also analysed the data for all human powered outdoor sports and compared the average ascents between countries. The margins were tight, but still there was one above the rest: The Austrians ascended on average more than any other nation, 320 meters per every Movescount Move tracked during the Vertical Week.

TOP COUNTRIES IN OTHER ACTIVITIES

And to give you even more to speculate here are the top countries in the other activities mentioned above.