What makes ski mountaineer and trail runner Kilian Jornet tick? It’s not winning races or setting speed records, although he does excel at both. For him, it’s all about the mountains. 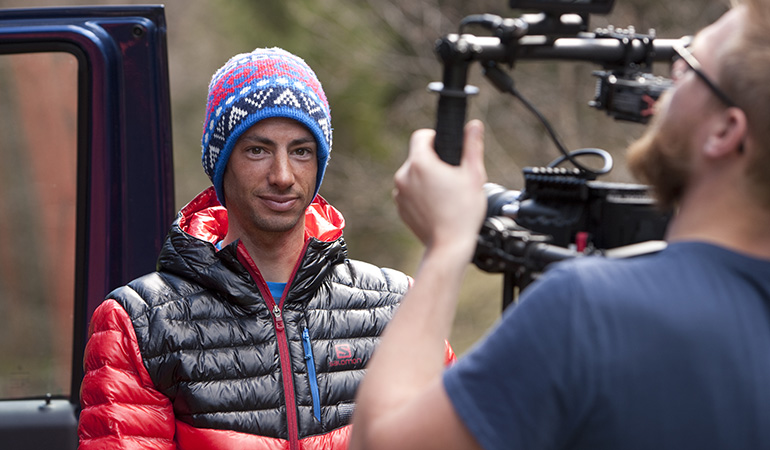 That passion stems from his childhood – Kilian grew up in a mountain hut in the Spanish Pyrenees where his father worked as a hut keeper and mountain guide. From a young age, Kilian was living and breathing mountain life. “The first time I walked for five hours alone in the mountains I was two years old!” says Kilian. He went on to climb his first 3,000er aged three. “I have conditioned my body to long distances from an early age!” he says.

It clearly paid off. These days Kilian is known for dominating not one, but two mountain sports; ski mountaineering in winter and trail running in summer. As a trail runner he’s proved himself to be one of the world’s best – dominating ultras and setting a slew of records from the Ultra Trail du Mont Blanc to the Hardrock 100 and dozens of races

In 2012 Athletics Weekly argued that he was the ‘world’s best runner’ and he has one of the highest Vo2 levels recorded of an athlete (85-90).

When the snow comes Kilian switches over to ski mountaineering where he has been world champion four years out of five since 2010. “Ski mountaineering is hard because you want to go fast. You have to push, you have to power through every step,” says Kilian.

But again, it’s the lure of the mountains that ultimately win Kilian over, not the battle of competition: “Sometimes it’s in the forest, sometimes in couloirs. You can go wherever you want. You don’t have to follow a trail. You make your own track. It’s this feeling of freedom you get from ski mountaineering.”

Yet Kilian is more than a record-breaking trail runner, a world champion ski mountaineer. With his Summits of My Life Project, in which he has set speed ascents on the Matterhorn, Mt Blanc and Denali among others, he has redefined what it means to be a mountain athlete, moving into territory once the preserve of elite alpinists.

What beckons next for the athlete is never certain, but one thing is for sure – it will take place somewhere in the mountains. “The day I stop winning I’ll continue to go the mountains,” says Kilian, “I don’t run for victory. I don’t practice sport for competition. The reason I ski or run every day is to be in the mountains.”