The Mezzalama Trophy is one tough challenge. The iconic, high-altitude ski mountaineering race takes place in the Cervinia region of Italy every other year, and sees about 300 teams of three skiers tackle some of the toughest terrain in the Alps. We take a closer look at this historic competition and the Suunto athletes training for the 20th edition of the race.

As part of the “big three of ski mountaineering,” The Mezzalama Trophy is among the highest alpine ski mountaineering events of the world. It's a 45 km race with 3,430 m of vertical ascent. But it’s not only the competition’s toughness and high altitude that makes it so appealing – it’s Mezzalama’s history.

Established back in 1933, it’s one of the oldest races of its kind, and holds historic significance in the minds of many skiers. Like in 1934, when a young German solo skier called Anderl Heckmair overtook all competing teams despite starting one-and-a-half-hours after the pack. Heckmair would later achieve global fame for leading the hardest pitch during the first ascent of the North Face of the Eiger four years later.

Check out the Mezzalama Trophy Trailer below:

This year, in commemorating 150 years since the first ascent of the Matterhorn, the Mezzalama Trophy route will run in reverse. The race will guide athletes from Gressoney-la-Trinité to Breuil-Cervinia – the exact opposite of previous editions. The  change adds about 350 meters of altitude to the route.

Of those competitors, Suunto ambassador, Kilian Jornet will once again join his teammates in Italy. “As every year, I'm happy to compete and be able to combine different modalities and distances,” says Kilian.

Also in the lineup, and further down the pack, will be a team from Suunto made up of guide Fabien Meyer, ice climber Matthias Scherer and digital manager for France, Franck Largeault. “Heckmair's incredible dedication to alpinism is for me a great example of the spirit of mountaineering,” says Matthias. “I would never dare to compare myself to him but I love his commitment and spirit. He was psyched to run this race, to be out in the mountains, to feel strong and alive. I am stoked to race it!” 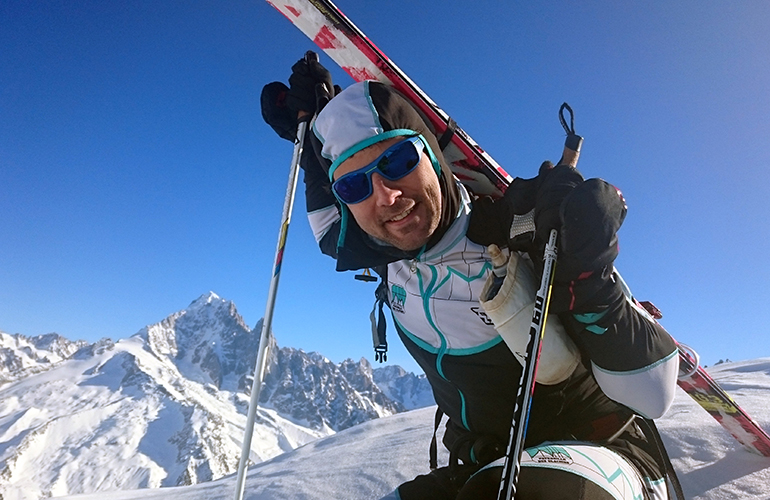 The team have been training hard. “To create any good training plan, a good starting point is required,” Largeault says. “We therefore conducted aerobic and technical stress tests to assess our fitness levels. These starting points allowed us to establish our training plan and use the remaining 6 weeks to prepare.” Largeault explains: “We used the Ambit 3 Peak to perform the tests by measuring our heart rates, climbing rates etc.”

The 2015 edition of the extraordinary Mezzalama Trophy kicks off on April 25. Stay tuned for more updates, or follow the action here: www.trofeomezzalama.it/