It’s always a good idea to dive with a partner – they’re there to help if things get sticky, plus it’s a lot more fun. But we’re going to go out on a limb and say few are more fun than the colony of sea lions at North Rocks on Hornby Island, near Vancouver, Canada. Suunto ambassador Jill Heinerth fills us in on what it’s like to go underwater with one of nature’s cutest, coolest creatures.

There was easily a couple hundred sea lions around

The sea lion colony at Hornby Island is active, and has little fear of people. My dive happened to be right around the biggest herring spawn of the year, meaning they were all around waiting for a feast. Ones you see solo in the wild tend to be a lot more shy. 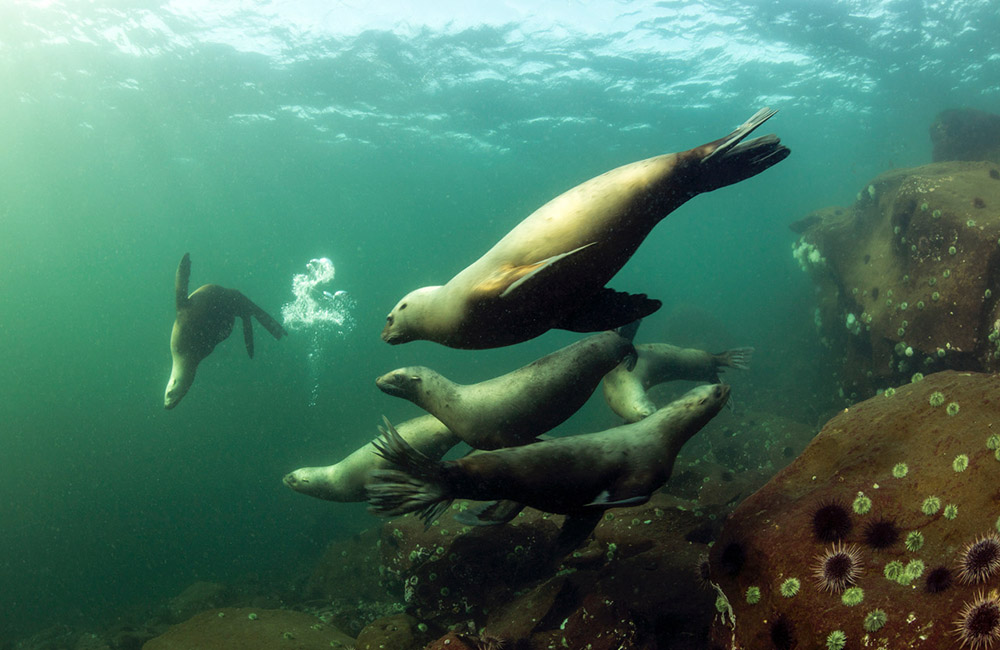 They just want to play…

Of course, sea lions can be dangerous. I’m not saying you should go out and hug a sea lion – but if you happen to dive with this group you don’t have a choice. As soon as you’re in the water, they just want something to play with. They can come across as quite aggressive – they’ll nip at your suit, the top of your head, or tug on your wings, but they aren’t trying to injure you. I’ve had one put his full mouth on my dorm port – and another one yanked me up to the surface to play.

When they’re done, they’ll just head back to the rocks to sunbathe.

These are ‘Stellar Sea Lions’

That’s actually the name of the breed. I saw a few California Sea Lions as well, but mostly Stellars. 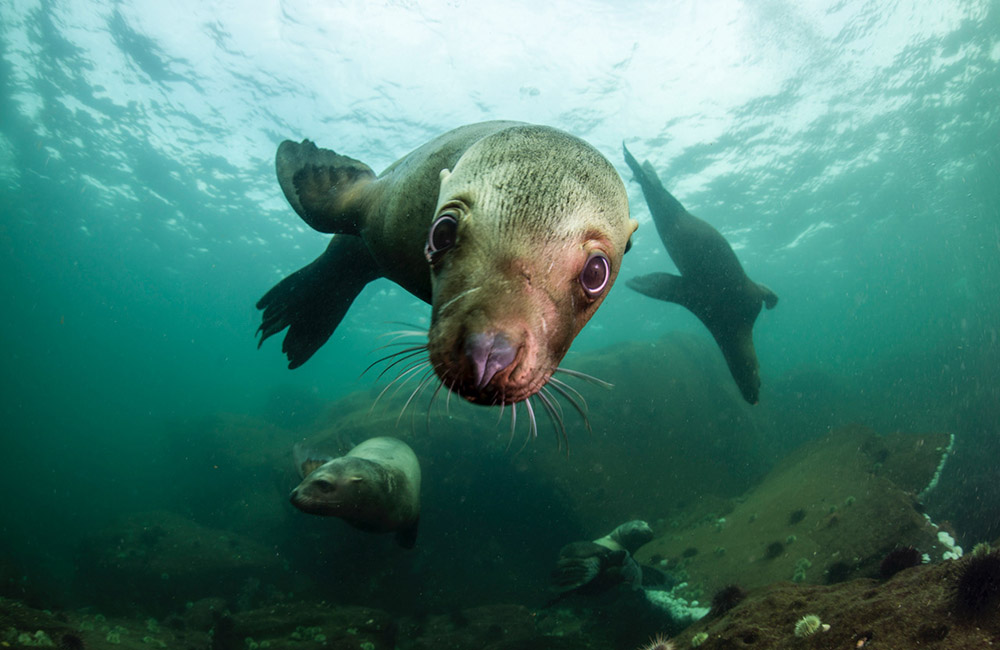 When you dive with these sea lions, you get the perception that it’s all play. They’re very curious, and they’re very trainable. At the seaquarium, they train the sea lions to undergo all sorts of vetinerary procedures to keep them healthy.

That part of British Columbia is absolutely stunning

On this trip I was diving a wreck called Capilano. There’s so much to see underwater. Some of the best diving in the world! Nutrient rich water year round. Stunning wildlife. Plenty of wrecks. 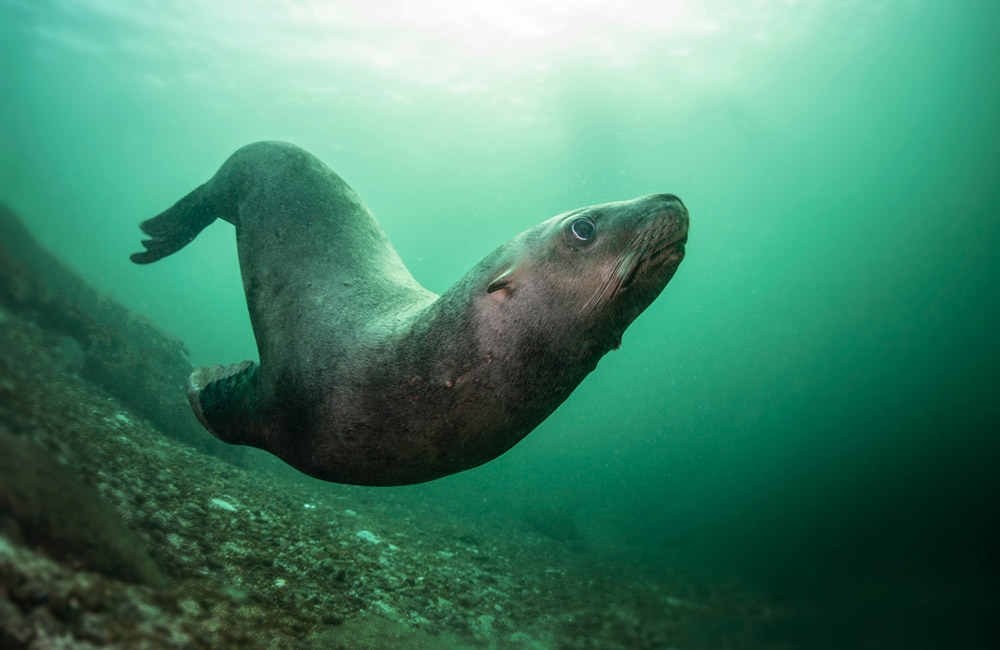 We dove during a blizzard

Full white-out topside. Great visibility below. Sure, the water is cold, but the air above was even colder. If you’ve got the right gear it’s no big deal.

He kept tugging at my dive computer – at one point he even looked like he was checking out my dive stats. So maybe one day they’ll make a good diver partner anyways!

Diving offers a unique chance for humans to observe marine animals in their native environment. Stay tuned  for even more incredible stories of divers and the denizens of the deep sharing space beneath the surface of the sea!

What is your favourite marine animal and why?