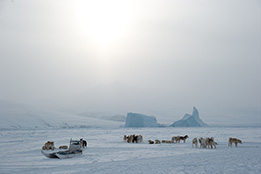 A team of French explorers has set sail on an ambitious scientific expedition to chart the western coastline of Greenland from both above and below the waterline. The group set off from Concarneau, France on January 16th and will spend the next 22 months on the expedition.

The first phase will see them sailing up the west coast of Greenland, carrying out detailed surveys before wintering on the boat in the Nares Strait. A third phase, from March to June next year, will the see them undertake a 600 km adventure as they cross northern Greenland with Inuit and dogs. “It's an amazing dream come true,” says expedition leader Ghislain Bardout. 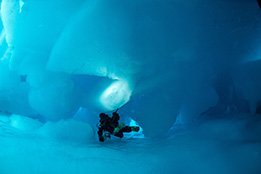 The expedition website reveals the many goals of the expedition: “Under The Pole is a series of submarine polar expeditions aiming at exploring the hidden face of Arctic polar regions. We will explore the coastal ice sheet, open sea ice sheet, glacier fronts, icy fjords and the continental shelf between the polar circle and the north of Greenland.”

Suunto is pleased to be an expedition partner and is supplying the team with a range of products. The scientific aims of the expedition include listing the polar submarine biodiversity during a complete season to a depth of 130 m and studying the relations between atmosphere, ice and the ocean.

Stay tuned for updates from the team. 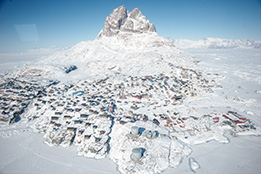 All images © Emmanuelle Périé / Under The Pole