After eight months exploring Greenland, members of the Under the Pole team push their ice diving limits to new depths.

The descent was five-minutes only, but the small hole dug in the ice 111 m above would demand a two hour return trip – in sub-zero waters.

In the icy darkness  111 m below the surface and the rest of the Under the Pole team, Martin Mellet and Ghislain Bardout smiled at one another – they’d reached a difficult new “summit” together.

Like ambitious alpinists trying to reach the next peak, they are always tempted to descend to the next “summit” below them. Unlike alpinism, however, deep sea diving has no ultimate summit to reach. The deeper you dive, Martin says, the more complicated the dive becomes while at the same time not satisfying the craving for an ultimate end point.

“This frustration is a powerful motivation for deep diving, but a dangerous one because you constantly need to control the urge to go further,” he says.

Only two things would ensure their safe return; their trust and confidence in each other and the thin lifeline leading them back to the hole in the ice ceiling. “We get in the water through a small hole in the ice, and this opening is our only way out,” Martin wrote after the dive. “If we lose track of the life line that connects us to the hole, things can only end in tragedy.” 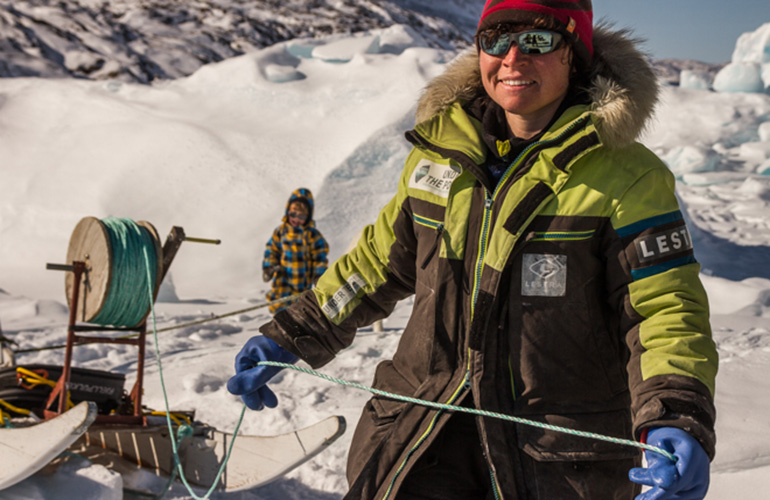 The visibility was poor when they began their descent, but their spirits were high. After eight months of hard work and diving together as part of the Under the Pole expedition, Martin and Ghislain had achieved a level of trust to make such a risky dive possible.

On their descent to 90 m, they had dove along a steep, reassuring cliff face. After that, the cliff ended and the vast ocean expanded before them. “Everything was calm and quiet, intensely exhilarating,” Ghislain says. “We dive because we want that moment when the unimportant just fades away and everything we feel is suddenly amplified by our heightened senses.” 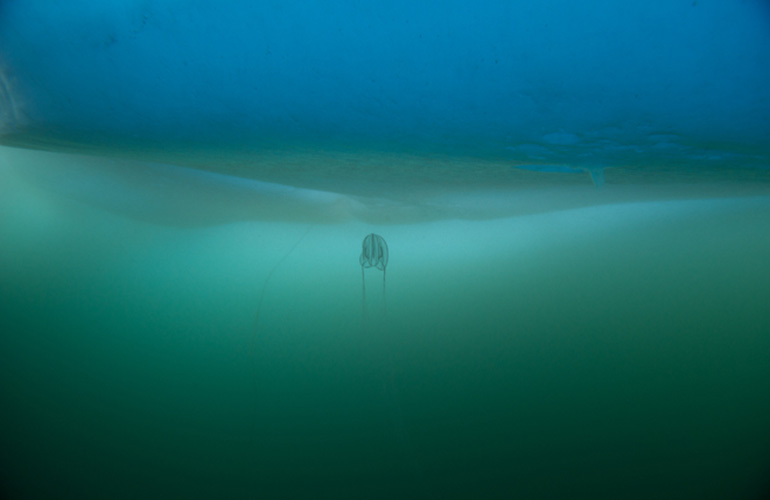 At 111 m they stopped and contemplated their surroundings and situation. Going further was unnecessary; they were already deep enough.

“Being there, 111 m below the sea ice and icebergs, is a big deal – at that extreme depth, our lives were pending,” Ghislain says. “Like an alpinist who has reached his summit, we had just reached ours and it was time to ascend.”

To avoid decompression, the return trip took two hours, with 1h 30 spent at 12 m and above. But this meant they could take their time on the way up and better enjoy the dark shapes of the huge icebergs above them.

“After a little more than two hours, we emerged from the hole one after the other and entered a different world where the team welcomed us with satisfying smiles, cake and hot tea,” Ghislain says. 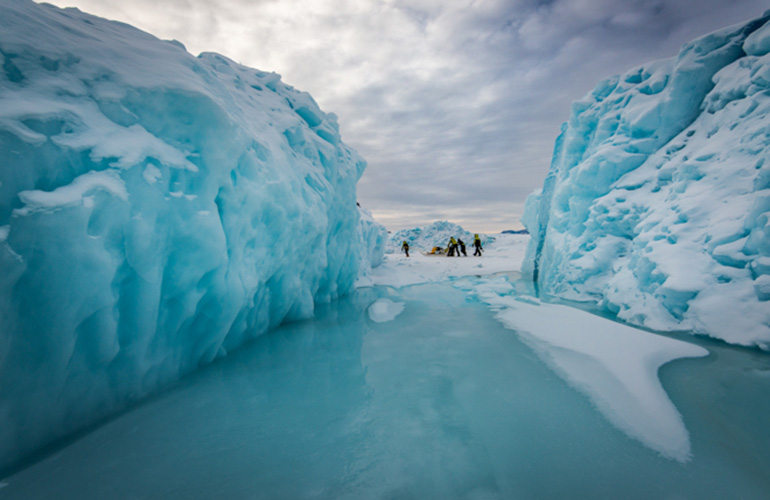