Here’s one of those vacation bugs: great beaches often have lousy snorkeling. You wander into the sea hoping for pristine waters and a vibrant underwater life and what you get is cloudy visibility thanks to all the sand – and zero fish. But you don’t have to join a boat trip to that ‘hidden’ cove to enjoy great snorkeling. Here are seven beaches you can take both your book – and your fins.

The Maldives is home to some of the best diving and snorkeling around the world; an abundant sea life, clear warm waters and some fantastic beaches as well. Where to stay? We’re biased but last year the Suunto Dive team stayed at Ayada Maldives. The house reef is just a few minutes swim from the beach and home to reef sharks, rays and sea turtles. You’ll love these incredible underwater shots. 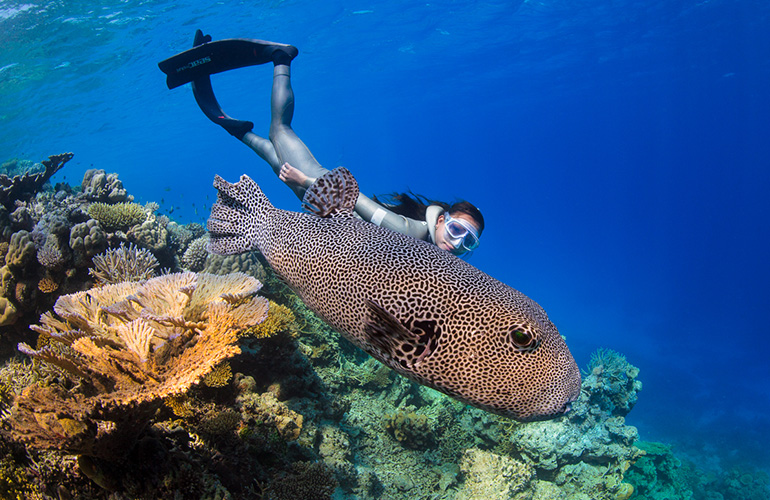 Dean’s Blue Hole is the well known venue for some of the world’s deepest freedives. One of the world’s largest salt water blue holes, it plunges down to 200m just meters from the soft sanded beach. But you don’t need to be a champion freediver like Will Trubridge to enjoy the venue. Diving down to the entrance rim of the blue hole is within reach of most people, while there’s great snorkeling to be had around the cove.

Let’s be honest, New Zealand is not the first place you’d think of for a beach and snorkel vacation. But as the country’s first marine reserve, Goat Island is a surprisingly awesome and family-friendly venue for sun and sea worshipers. Approximately 90 km north-east of Auckland, the reserve is home to snapper, kingfish, kahawai and jack mackerel. Lobster and crayfish are also common while seals and dolphins are also occasionally spotted.

Move over Great Barrier Reef, Thailand (see # 6) and Bali. If you’re looking for awesome snorkeling within reach of some pristine sandy beaches, head to Japan. We asked freediver Tomoka Fukuda for her recommendations. Unsurprisingly, she went for her home. “The Okinawa ocean is very beautiful,” she says. It’s also home to turtles, manta ray, reef shark and an abundance of other tropical fish. The sushi’s pretty good too.

It sounds like it could be the lair of a Bond villain, but there will only be pleasant surprises for those who visit the private island of Noa Noa. An official marine sanctuary, it is surrounded by a 70 hectare tropical reef. It features easy beach access, areas suitable for beginners as well as caves and walls for those adventurous snorkelers who want to explore further. 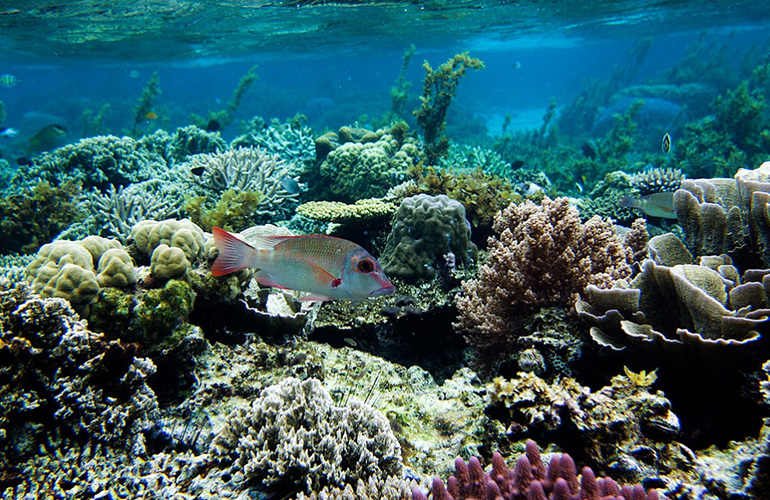 We tried really hard not to mention Thailand but some places you just can’t ignore. Among them are the many beaches in Phuket. Some offer better snorkeling than others. Find beautiful coves and rock formations at Ao Sane beach in the south-west.

If it’s unparalleled snorkeling and biodiversity you’re after, you’ve come to the right place. The Raja Amapat Islands of West Papua are home to 75% of all known coral species and abundant marine life. There are over 1,000 different species of fish in the reserve. Expect to see sea turtles, sharks and manta rays, and because it’s so remote, very few people. The catch? Access is also remote. There are some incredible beaches with snorkeling just a few steps away, but you may need a boat to get to the beach first. 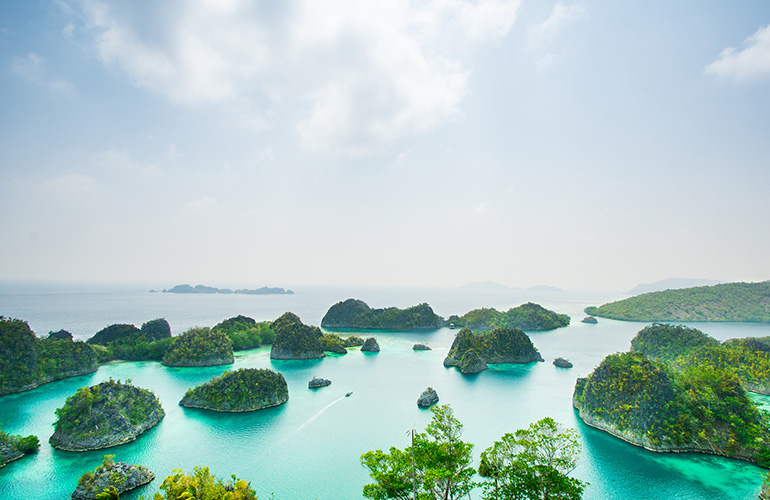