Finnish freediver Johanna Nordblad made a Guinness World Record Attempt last Saturday at Lake Päijänne in Finland when she swam 50 meters under ice. 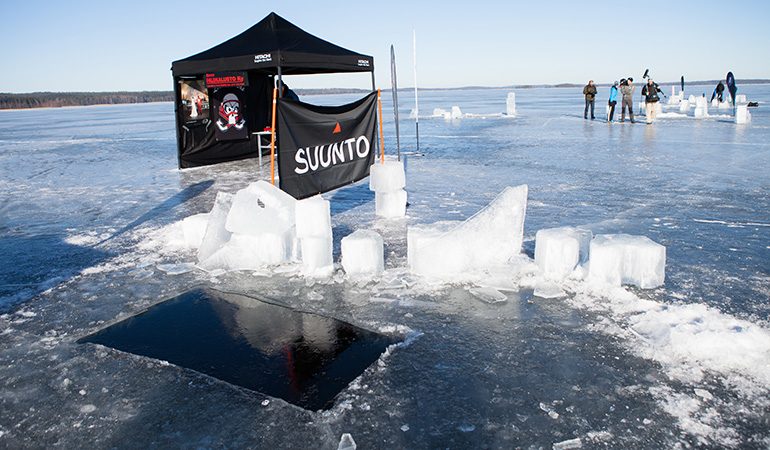 The dive team and spectators gathered on the ice on a beautiful sunny day for the record attempt.

The water temperature was 2 degrees Celcius when Johanna swam a distance of 50 meters under the ice from one hole to another. Everything went according to the plan. Nordblad said the dive was easy and that she couldn't be happier.

Nordblad is an experienced freediver who has been competing at the World Championships since 2000. In 2004 she did a World Record in Dynamic with fins, 158 meters. In 2013 in Serbia she swam 192 meters and was on the 7th place.

Cold-water training has been a big part of Johanna Nordblad's training since she broke her leg in downhill mountain biking. Cold water helped in rehabilitation and soon became a big part of her wintertime training in Finland.

Johanna Nordblad is the first woman to swim 50 meters horizontally under ice with no fins and no diving suit. The men's record is held by Stig Severinsen, who dove 76,2 meters under ice in 2013.

Previous
Workout Ashley
Next
Tutorial Tuesday Where am I