One of the toughest triathlon races in the world, the Norseman pushes the human body to its limits. Physiologist at Oslo University and 12-time finisher, Jonny Hisdal has a unique perspective on what it takes to make it through the epic race. 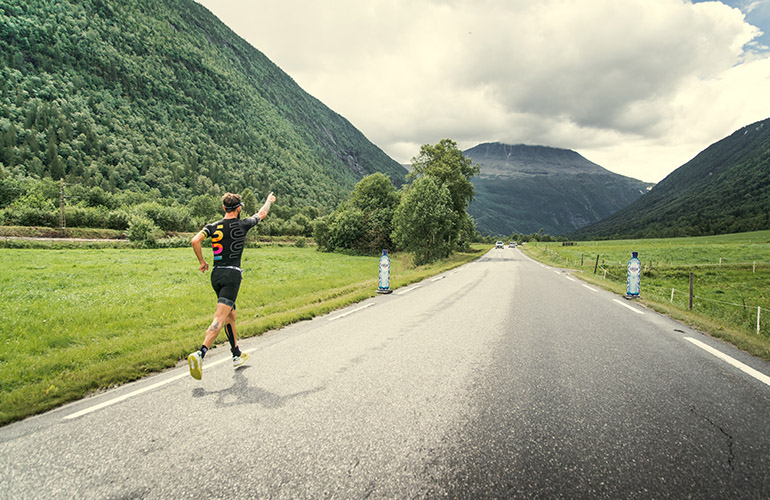 Ask Jonny Hisdal about the 226 km Isklar Norseman Xtreme Triathlon and you’ll get the honest truth. He should know afterall – not only has he completed the race course 12 times, as a physiologist he’s also researching what it does to the human body.

“Most of your biomarkers (chemicals, molecules, and hormones present in the blood indicating different forms of illness) are sky high when you reach the finish line,” he says. “If a doctor tested your blood immediately afterwards it would look like you are really sick, or having heart and kidney failure.” 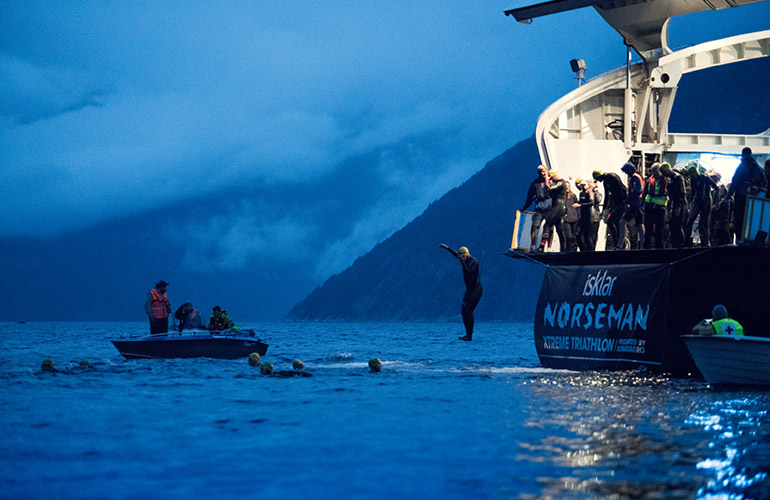 The good news is this alarming biomarker profile only lasts a short time. A day after the race the biomarkers are already on the way back down. Whereas, if you were really sick, the biomarkers would remain at the same level.

Hisdal is currently preparing to sample the blood of more than 40 finishers immediately after the end of the race, which starts on August 4. The goal is to understand what the normal blood levels are after such an extreme race. He’s also participated in a study looking at the possibilities and limitations of cold water swimming – the race includes a 3.8 km swim in a fjord with water temperature ranging between 13 and 15.5 °C.

To reach the finish line of the Norseman demands more than endurance fitness. “Yes, it requires really good base fitness, and a high level of endurance,” Hisdal says, “but also a lot of mental strength to compete for so many hours. The average athlete needs about fourteen fifteen hours.” 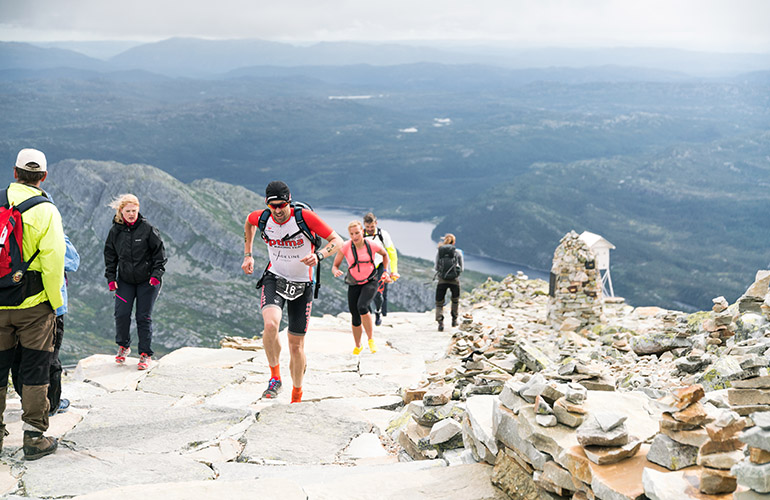 Hisdal is also on the safety team for the race, and recently completed the course along with the rest of the crew, making it his 12th time. He first competed in the race as an athlete in 2005, and did so the following five years. Since then, he has been on the race organising team.

“The swimming is the easiest part, something that everyone should be able to do,” he says. “Average athletes are in the water for one and a half hours – that’s a long time if you are not used to it.”

“After that you jump on the bike and cycle for 180 km, including 3000 m elevation gain. If you are not used to cycling uphill it's impossible to do it. Then you are running 25 km on the flat, and the remaining 20 km uphill for 2000 m of ascent. It's brutal.”

Some people, he says, quit before the race has even started. Others pull out 1000 m into the swim, and some on the bike during the climb. But the majority make the finish line, after giving their blood, sweat and tears to the terrain. “The biggest problem is people train too much so they get injured,” he says. “Almost everyone overtrains.”

The race has played a central role in popularising triathlon in Norway. Before it began in 2003, triathletes were hard to find in the country, whereas since the inaugural race triathlon clubs have been growing in membership. Only about 20 athletes signed up for the first race in 2003. Now, 4000 people from all over the world apply, vying for only 280 start positions.

“The reason why I do it is because it's an incredible experience, and it keeps me motivated to train and stay in shape,” Hisdal says. “It's not really like a normal competition; it's more like adventure or travelling. It's travelling through breathtaking geography, and also mentally; you travel through really deep lows and up to some really big highs.” 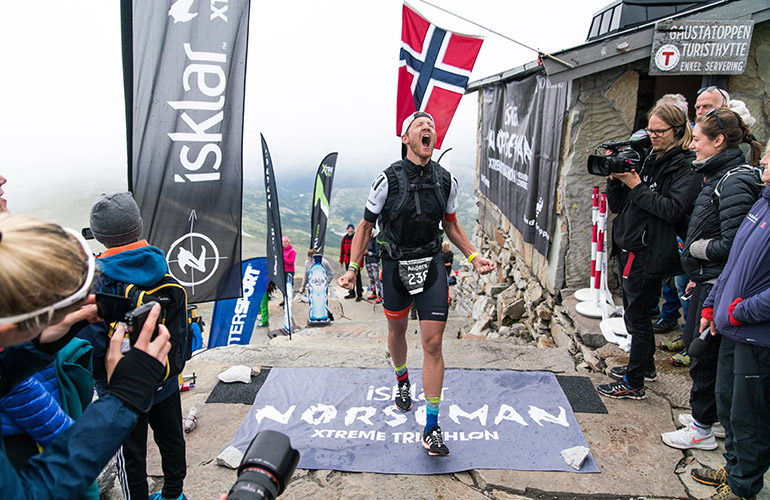 “It's essential to train uphill, both bike and running, because the race includes 5000 m of it.”

2. Get used to cold water

“It’s a necessity to train your swimming in cold water. It should not be the first time when you start the race because it will give you problems.”

“It’s important to have some long training sessions of at least six or seven hours so you know what you will experience during the race.”

“You need to be able to eat and drink for the race length. What you should eat, when and how much, is something you need to practice well in advance. It's very individual. You need to learn what your body can tolerate.”

5. Race smart with a sports watch

“Learn to control your intensity with a sports watch like the new Suunto 9. The most important thing is not to start too hard. If you are too high in intensity in the first few hours you will suffer for the rest of the race.

“I have used sport watches and a heart rate monitor to make sure I'm not too high in intensity. I have a max heart rate I can tolerate, and if I reach that I slow down a little. It's very easy to be too eager in the beginning, when people are passing you. You are blinded by adrenaline at the start and cannot trust your feelings. You will feel very strong, but suddenly the hammer comes down and you're finished. Sport watches help manage this – just make sure your one has enough battery life.”