It may seem old-school but using a map and compass, and gaining a little knowledge on your surroundings, will add to your outdoors experience, finds Tarquin Cooper.

I emerge out of a forest into thick mist – visibility is reduced to around 50 m – and the way ahead to the summit is not clear. There’s something that looks like a path ahead but it’s easy to get disorientated and I want to double check. And that’s when I do something that amazes my ski-touring partner. I pull out a map and compass. He makes a strange snorting noise – a mix of derision and laughter. The irony is, I was wearing my Ambit3. In just a couple of button pushes I could have checked the waypoints I’d inputted the night before. But the truth is, there’s just something mentally satisfying about working out where you are on a map, aligning it alongside a compass, and checking the bearing. Despite the disparaging comments from my companion, I’m not the only one who’s a fan of the lost art of navigation. 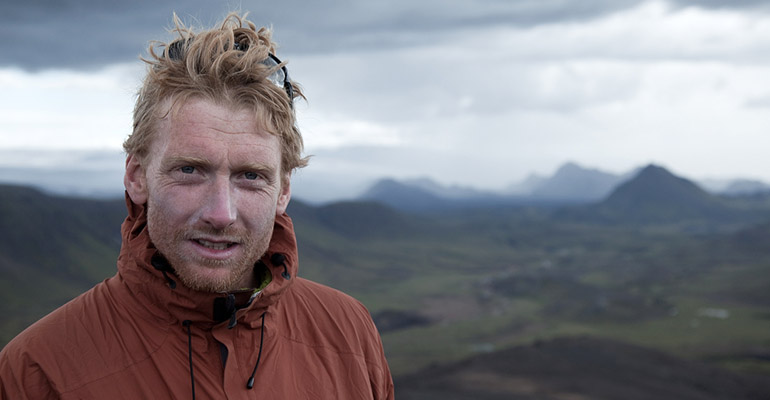 British adventurer Al Humphreys, who has popularized the concept of ‘micro adventures’ – short escapes from the city, also agrees. “I get quite lazy,” he says. “When I use a GPS I just press go and follow the instructions and pay no attention. For me, part of the experience of being out in the wilderness is moving competently, interpreting funny bits of the map. It’s more about the aesthetic and challenge than the practical, and it adds to the experience.”

Henrik Palin, Suunto’s product manager for compasses, says navigating with a map and compass can be more rewarding, in the same way it is to cook your food over an open fire. “It can be a bit more exciting,” he says.

He adds that there are also safety advantages to using a map and compass. “There’s the convenience and simplicity – you don’t have to wait for anything to switch on,” he says. “It also gives you more freedom for ad hoc navigation. If you’re relying on waypoints that’s all you have, whereas, if you have a big map, you can see interesting features like a nice lake, for example, which you can then navigate to using the compass.”

Today, most adventurers view a map and compass in the same context as other safety equipment such as first aid or an emergency blanket – something that always goes in the rucksack.

Maps themselves also have an intrinsic value beyond navigation, adds Humphreys. The walls of the log cabin where he works and writes his books are plastered with maps from around the world.

Humphreys says maps serve two purposes, as a means to navigate, but also as objects, like books. “I love maps for daydreaming about future trips and about reminiscing about old adventures,” he adds. “Some maps are things of artistic beauty.

One person who has taken the art of navigation to a new level is Tristan Gooley. As an adventurer he is the only living person to have flown and sailed solo across the Atlantic. (The other person to have done it is the late billionaire businessman and multiple record breaker Steve Fossett). But arguably a far greater distinction is that he is the author of two of the only books about natural navigation.

Natural navigation, he says, is ‘the art of finding your way using nature – the sun, moon, stars plants, even buildings. He says it’s not about survival – although of course such knowledge would come pretty useful if you ever got stranded in the wild. Rather, he says the knowledge adds to the experience of being in the outdoors.

“Natural navigation is a culturally and scientifically enriching way of looking at the outdoors,” Gooley explains. “It is only necessary the way the arts are – they make life more fascinating and richer.”

“For most people there’s a joy and satisfaction in following the northern star for two kilometers and then, finding yourself two kilometers further north. We’re now so modern that the idea it might work is weird but it’s deeply rewarding to see that it does!” 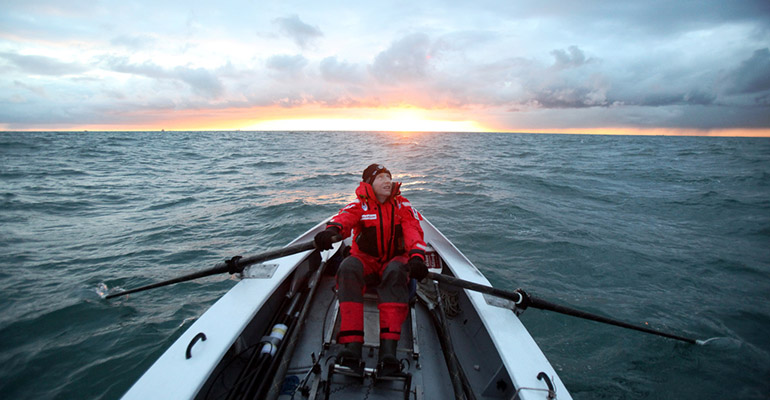 Natural navigation is much more than using natural signs to pick up north, south, east or west, he adds. “It becomes much more interesting when you’re using plants and animals as a map.”

As an example, he says the brain is very good at pattern recognition. “Every time you come across water, whether that’s a pond, river, lake, have a look at the trees lining that water. You don’t need to be able to identify them. Then have a look at the trees around dry ground.” He says that very soon you’ll be able to spot when water is nearby. “It’s surprisingly easy.”

Other indicators Gooley likes to demonstrate is how the roots of a tree will reveal the direction of the prevailing winds. In England (where he is based) this means stronger bigger roots on the south-west side, where the wind is coming from.” And if you’re ever caught trying to orientate yourself in an urban environment, a favorite tip he likes to point out is to look at the satellite dishes. “Everywhere has a trend. In England they point reliably south-east but they will broadly point to the equator.”

“For me the excitement of the outdoors comes from the comfort of knowledge. It gives you a warm feeling,” Gooley adds.

And that neatly sums up my own feeling as I put the map and compass back in my jacket. “It’s this way,” I say with new-found confidence, and start making tracks into the mist.

This, and many more adventure stories, can be found in the 7R Magazine that is published quarterly with-in the 7R App.

Download the app at the App Store to read the latest issue.