“For those who love adventure and exploration, the fraction of a second when you realise that you have actually rewritten the history or confirmed something that has only been speculated on before, is an unforgettable moment,” says underwater explorer Immi Wallin.

Immi Wallin and her Subzone team discovered a missing German U-boat off the Estonian coast in August. Here, Wallin tells the story for the first time.

“The secrets of the seas, with its hidden lost ships, do not reveal themselves easily. To find these secrets, you sometimes need perfect weather, plotting information from the archives of sea charts and then checking a mysterious marking on your chart, which you do not remember how and why you put down in the first place.

On August 12th, about a month ago, I went to check a marking on my sea chart with side scan sonar together along with my colleague. The marking had bothered me for some time because I did not remember what it was and it seemed to be next to a mine row and in a patrol area of a still missing German U-boat. 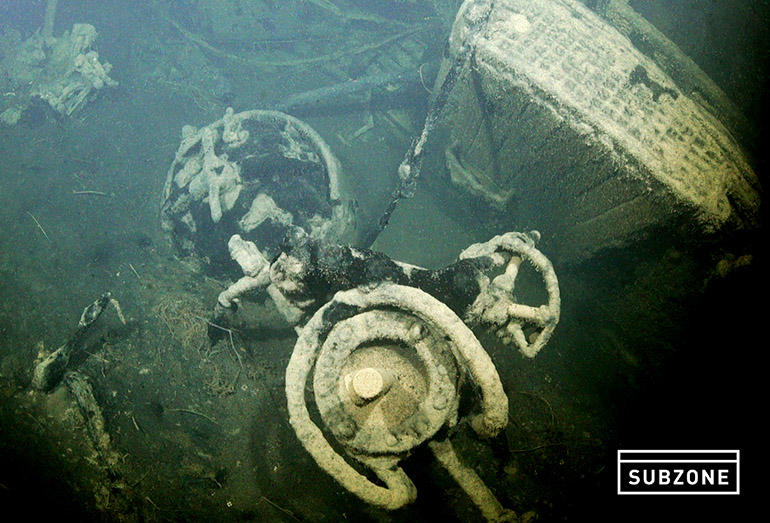 U-679 gave a weather report on December 27th 1944 while in the Gulf of Finland. She had rendezvoused at sea with U-637 and U-745 in the evening of December 26th. U-745 had delivered encrypted communication.

On January 9th, Soviet MO-124 detected a submarine four miles northeast of the Pakri lighthouse and dropped eight large and 20 small depth charges. The Germans assumed that MO-124 had sunk U-679, but the Soviets did not believe it because they didn't find any evidence of a destroyed submarine in the area. Nevertheless, the cause for disappearance of U-679 that was recorded in Western literature was depth charge attack by MO-124. The fact that U-679 did not reply to a message sent on January 10th, 1945 supported this theory. 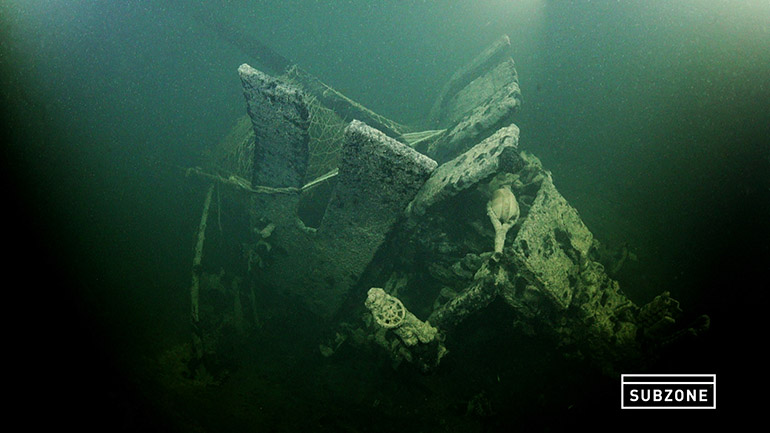 Back to August 12th 2015. I decided to survey the whole mine row laid in January 1945 that was plotted next to the marking I had on my sea chart. When reaching the marked spot on the chart, something happened on the screen of the side scan sonar. The moment I saw a submarine image appearing on the sonar screen was exactly the fraction of a second that I will remember forever. The image showed a Type 7C German submarine – already recognizable from the image. There was only one that had not been found yet – U-679. That same night the Estonian National Heritage Board was informed about the discovery.

The first dive to U-679 was conducted on September 10th. Due to the depth, 90 m, we needed a flat sea and a team of deep divers, support divers and boat handlers. The aim for the dive was to document the wreck’s condition. The video material was provided to the authorities.

Conditions were good at the surface, but more challenging in the water. There were slight horizontal currents all the way from the surface to the bottom. The most challenging part was the visibility that worsened towards the depths.

We passed several white cloud layers and just about 10 m above the bottom the visibility got very bad and I could smell the hydrogen sulphide typical for a sea bottom with hypoxia. The shape of the submarine’s conning tower became slightly visible in the light we carried with us. The shot line was in the middle of the conning tower, so we decided to shoot video around the conning tower having possibility to find back to the shot line. 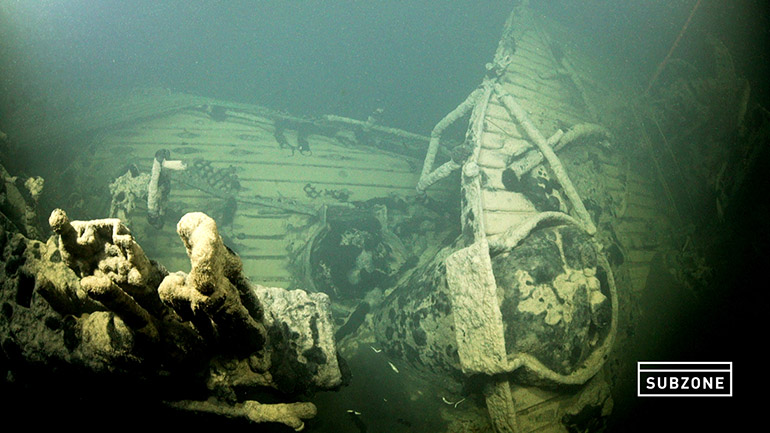 The video camera, once again, could see much more than our eyes. We could confirm what was visible already on the side scan sonar image. The conning tower was type IV, having 3.7 cm anti-aircraft gun on the lower wintergarten and two 2 cm zwilling anti-aircraft guns on the upper wintergarten. The hatches were closed.

U-679 was lost with all hands, so the wreck is also a war grave for 51 men who lost their lives serving their country. The wreck will be respected as these men’s final resting place and as a historical monument of the war event. U-679 is now under state protection set by Estonian Heritage Board.”