Watch this underwater drone footage of Will Trubridge diving deep

Watch this underwater drone footage of Will Trubridge diving deep

The X-Adventurer Freetracker is going to be a game changer for freediving. 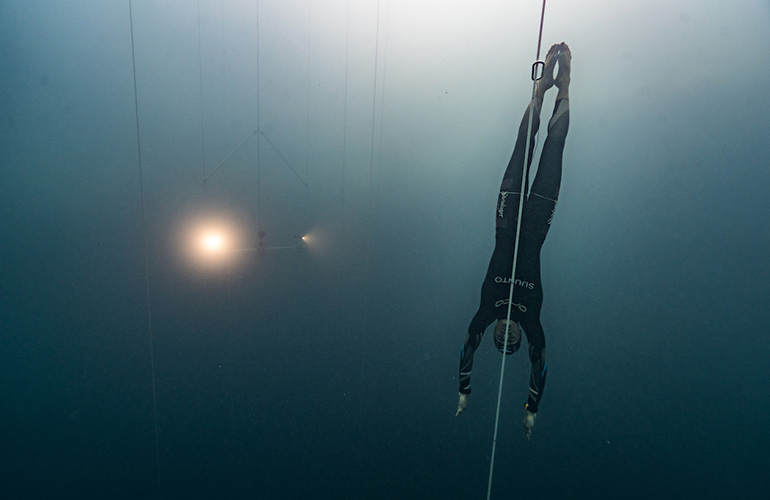 When Suunto ambassador William Trubridge attempts to break his own freediving world record in July, an underwater drone will follow his dive.

He and his team tested the drone, called the X-Adventurer Freetracker, during Vertical Blue 2016 and hope at next year’s competition it will offer live video to audiences around the world.

It’s mounted on parallel tracks adjacent to the competition dive line, and descends and ascends with the diver, capturing the entire journey from the surface to the plate and back again.

See how long you can hold your breath as William dives!

“For this year we just got a proof of concept,” Will says, “but for next year’s Vertical Blue we hope to have it hooked up to a live internet feed, so people can watch from the other side of the world while an athlete grabs the tag at 120 m.”

“I think it’s going to be a real game changer for the sport because once people can tune in and be in their living room watching someone dive to 100 m as it happens, then that will really increase the spectatorship of the sport.” 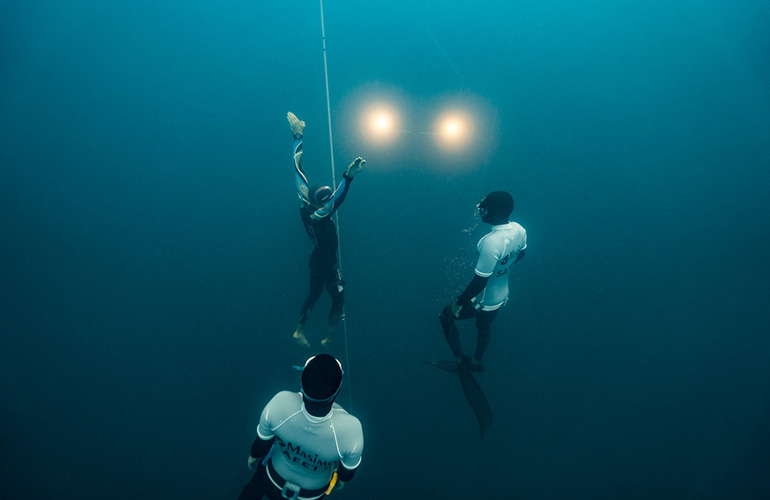 Aside from making freediving more accessible to spectators, The X-Adventurer Freetracker will also improve safety. Never before have safety staff been able to see what’s happening for an athlete at depth before. If anything goes wrong, the safety crew will see it immediately via a live feed at the surface.

“It will definitely help with analysis of technique also,” Will says. “Because there's such a logistical difficulty in videographers going deeper than 40 m, a lot of freedivers have never seen what their technique looks like at depth from a good angle.”

William is attempting to break his current world record of 101 m this July and the X-Adventurer Freetracker will follow his journey into the depths.