What’s the best thing about the Alps? The skiing, of course. This crazed crew of seven is about to do a lot of it.

There are a couple interesting FKTs happening in the world right now. You might have heard about Ryan Sandes' epic across the Himalayas – but you might not have heard of Red Bull Der Lange Weg. In case you don’t speak German, we’ll translate that for you: the long way. The long way across what? The Alps – from Vienna to Nice. Over 2,000 kilometers and 80,000 height meters. The time to do it? 40 days. While they hope to spend most of their time on skis, they’ll also be moving on foot, climbing technical terrain, and doing whatever is necessary to make their traverse happen via human propulsion. 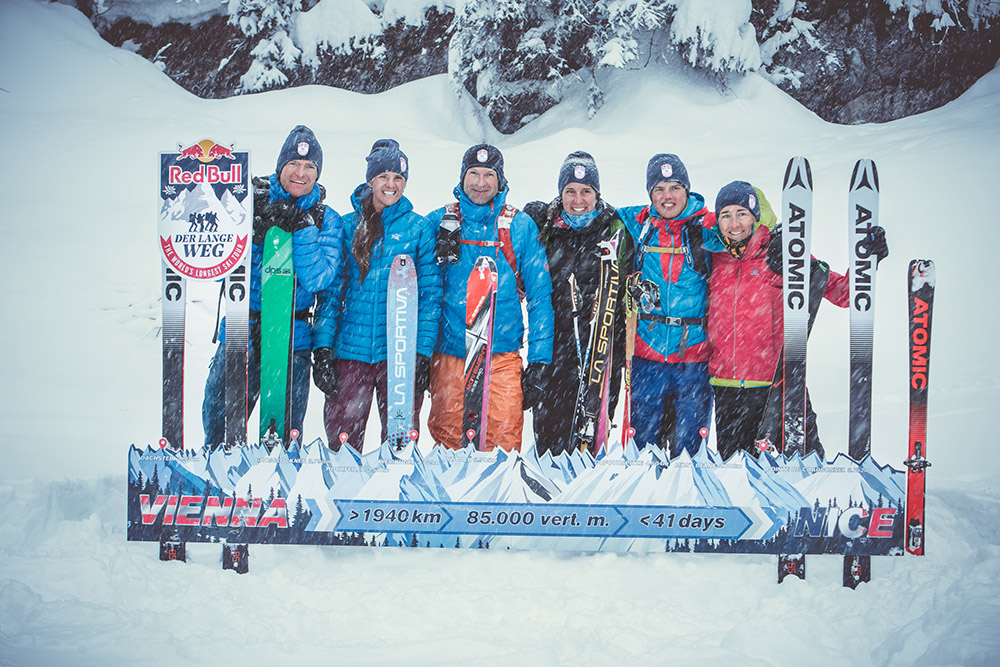 If you think this sounds absolutely brutal, you’d be right – some of the itinerary includes days with almost 4,000 of climbing and 80+ km of horizontal travel, and takes the athletes to the top of the Alps – including Dachstein, Grossglockner, Piz Palü, Mt Blanc, and a few other famous peaks. No rests. No pauses. At least they don’t have to camp. (That’s… assuming they make it to the hut. If they don’t make it to the hut by dark? Well… we’re going to guess they keep going.) The crew of seven includes four Suunto athletes – Mark and Janelle Smiley from the US, Philip Reiter from Germany, and Nuria Picas from Spain – each one of them extremely accomplished athletes in their own right. 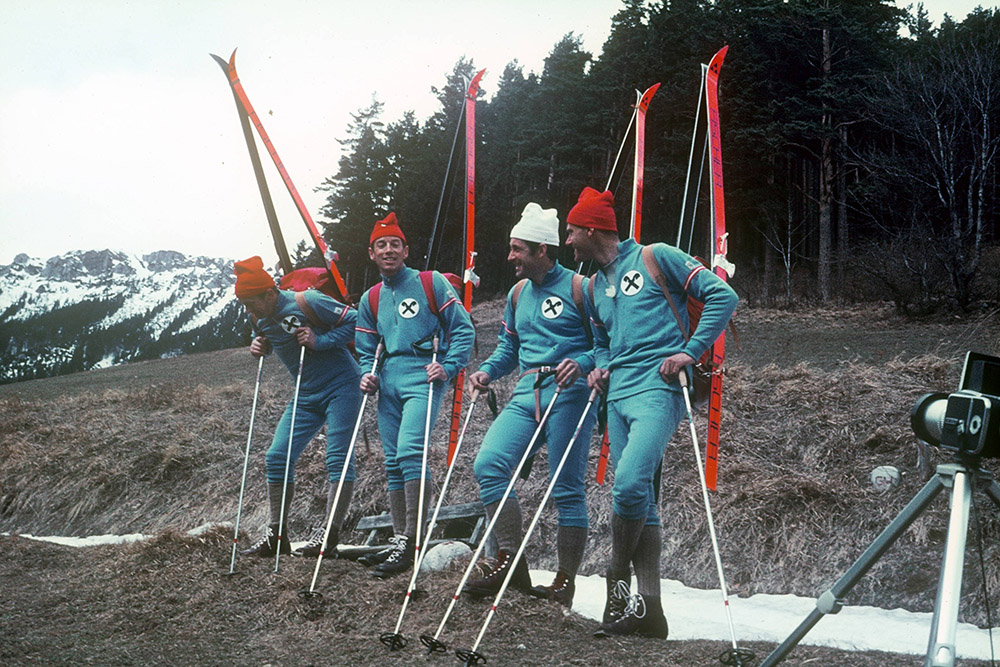 The original crew that skied from Vienna to Nice in 1971. (©Klaus Hoi, Red Bull Content Pool)

What’s perhaps most interesting before the challenge start is the story of those who came before them – almost 50 years ago, an Austrian team of four embarked on this adventure, with big questions about whether they could finish. While Robert Kittl, Klaus Hoi, Hansjoerg Farbmacher and Hans Mariacher were using the most modern ski gear of their time, it’s a far cry from what’s underfoot today – not to mention the advances in outerwear, layering, and of course, the gadgetry that helps us navigate. The adventure was well documented for its time, and Red Bull shared a few of the photos that you can see here. Extremely impressive stuff!

The planned route for Red Bull Der Lange Weg will have any number of difficult days – but some are a lot longer, harder and higher than others. We picked out a few highlights for you.

After 5 days of 2000+ height meters in the first week alone, one of the first big days will be the top of Austria – Grossglockner. They’ll need to ascend a total of 3600m over 38km, reaching an altitude of 3,454 – meaning the air will start to get thin.

Just two days before the finish, there’s one last big push: 3,276 height meters and 81 kilometers, and 15 hours on foot.

The cumulative numbers here are just mental – they’ll take an estimated 420 hours to traverse almost two thousand kilometers, and pick up 85,000 estimated height meters (and we’re going to guess quite a few more here and there.) That’s like climbing Everest from sea level 9.5 times – up and down, day in, day out, 40 days in a row.

Sound awesome? It absolutely is. Will they finish? Even the athletes themselves can’t be positive – bad weather, injury, equipment issues can put a stop to the adventure at any time.

Find out what Mark Smiley packed for this epic skitour!