Allround mountain sport athlete Anton Krupicka shares how he strikes a balance with the four sports he loves.

With winter deepening in Boulder, Colorado Suunto athlete Anton Krupicka is dusting off his ski gear and getting ready for some big skimo days in the mountains.

This builds on a huge summer of adventure that saw him complete an epic tour that involved cycling to five different 4000 m mountains, running up as far as possible and then climbing to each summit.

We wondered how in the world Anton finds time to train in all these disciplines and how he strikes a balance. Read on for our Q&A with him. 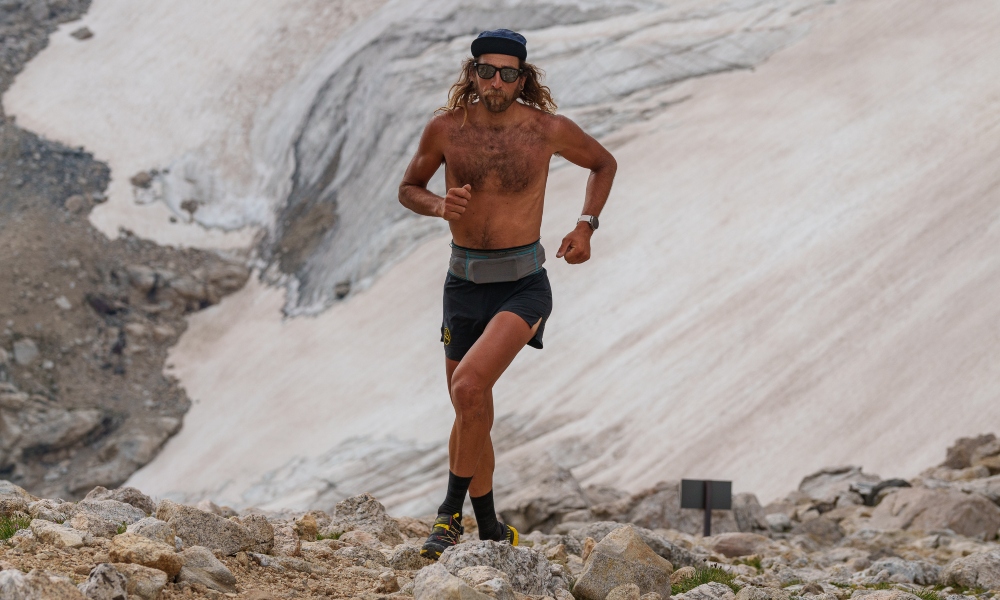 What adventures have you been on recently?

I had a pretty busy summer. In June, I rode the Unbound XL gravel race - a 360 mile (579 km) bike race in the Flint Hills of Kansas. It was the farthest I’ve ever ridden in one stretch.

Finally, in August I ran the Leadville 100, my first ultramarathon in more than six years. This fall, I took a trip back east to North Carolina where we enjoyed some climbing and also a four-day bikepacking trip along the Blue Ridge between Boone and Asheville. That was more for relaxation and recovery, though.

That’s huge! Anything coming up?

Right now, I’m looking forward to skimo racing this winter and hopefully a bikepacking trip to southern Arizona over the winter. I’m already scheming a bikepacking tour for next summer that can top Sagebrush & Summits, though!

You love to mix disciplines; how do you approach this from a training perspective? How do you build in enough recovery time?

It’s all intuitive. I tend to specialize a little bit more as a key objective approaches, but in general I’m trying to balance running, climbing and cycling, and skiing in the winter.

A typical week will probably see me biking 3-4 days, running 2-4 days, and climbing 2-3 days. I do some kind of cardio every day. I typically go on a bike ride after climbing (after having already ridden to the crag), and I use the bike/climb days as recovery from the running days. On days that I run, I usually only run. That’s the general thought process.

What I do is further influenced by the weather forecast - I’m constantly paying attention to weather patterns! - as I prefer to run on cooler or wetter days, and ride/climb on sunnier/drier days, and, of course, run/climb in the alpine when the weather is favorable.

What signals do you look for in your body to determine where you’re at and when you need more recovery time?

Everything is ultimately determined by what my body is telling me. Specifically, how my Achilles is feeling and how it’s responding to the stresses I’m placing on it. As for taking an easier day, I decide that in the moment. Unless I have some key session that I want to be sure to hit before a goal (say, a long run before an ultra or a long bike ride before a bike race), all of my easy/recovery days are determined by how my energy levels are feeling on the day. If I’m feeling good and my body is feeling sound, I’ll push the pace or the distance, or both, in a session. But there are plenty of times where I’ve wanted to hit a harder session and I just don’t have the energy, so I go easy or shorter, sometimes a lot shorter. 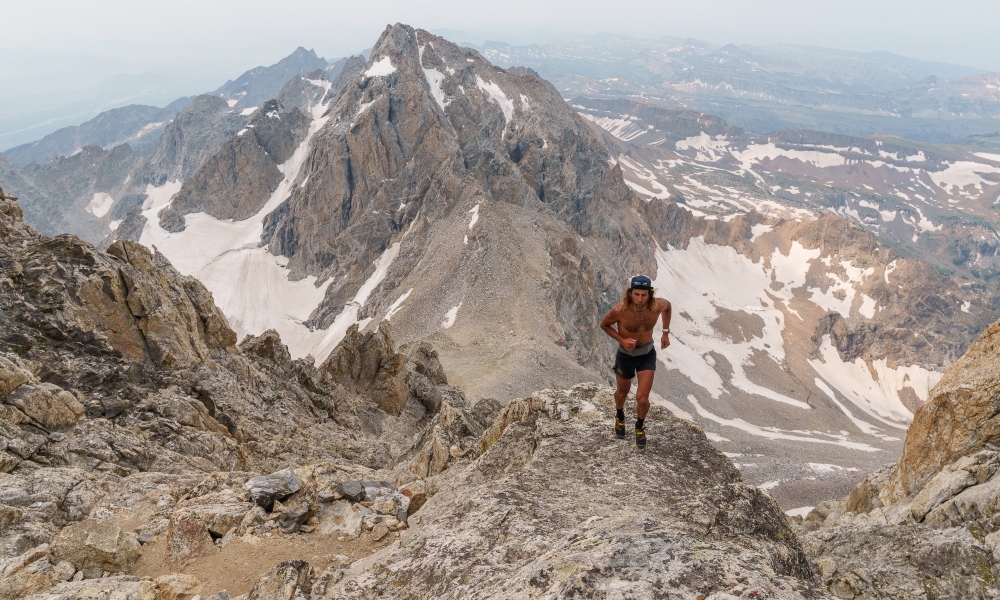 What have been some of the key lessons you’ve learned about mixing it up that might be helpful to others who are doing the same thing?

I think you have to realize that you can really only be progressing meaningfully in one activity at a time. That doesn’t mean that I’m not pursuing other activities simultaneously, it’s just that they’re temporarily in maintenance mode. Also, as my previous answer made clear, it’s extremely important to listen to your body and your energy levels and know how they will react to various activities.

For me, running is always the most intense and abusive pursuit. Recovery from that requires only cycling, and probably at a low intensity if I’m really tired. Climbing shouldn’t be classified as active recovery, as the climbing I do usually involves a fair amount of vertical gain/loss in hiking and descending and several multi-pitch routes where more vert is being gained and lost. And if I’m trying to climb hard - at my technical limit - then that’s only going to be possible if I’m not overly tired from running or riding. I love climbing as much as running and cycling - maybe even more - but I rarely prioritize it in any meaningful way. It necessarily takes a back seat because it doesn’t really do anything to further my development in endurance pursuits, where I actually have talent.

Are there any classic pitfalls to avoid?

Like I said above, I think it’s important to not try to progress in more than one activity at a time. I think that usually just ends up being counterproductive. 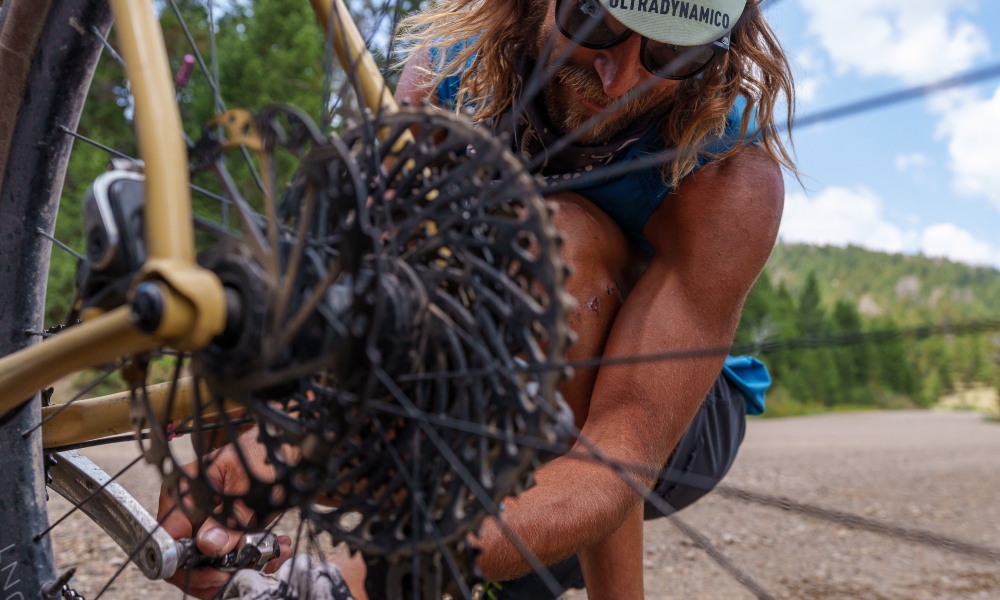 How has mixing it up made you a better athlete? I guess fun is an important benefit?

Embracing a variety of mountain sports has made me a more well-rounded athlete. It’s also extended my running career - there’s no way that I could only run now and stay healthy enough to race and have it be sustainable. That’s the main benefit.

I don’t like the word “fun”. I think the way it’s typically used is too broad and not incisive enough. What do people really mean when they say “fun”? Often, I think what they really mean is “rewarding”, “satisfying”, or “with joy”. To me, those words imply hard work, challenge, discomfort, and/or intentionality. None of those things, I think, really apply to the textbook definition of “fun”.

The most important benefit to me of mixing up activities is that it has allowed me to grow and learn so much more about each activity and, concurrently, about myself. Having spent several years now pursuing all of these things, I can’t imagine ever going back to being only a runner.

Do you think mixing it up in the way you are is becoming more popular today?

Hmmm, I don’t know. I think to truly reach your potential in a given pursuit you have to be singular in your focus. I did that for a decade-plus with running. But it eventually became physically unsustainable. I think it’s fine to go through phases or seasons in one’s life. I doubt that pursuing multiple sports at the same time is anything new. But, with social media and the internet, we’re probably all just more aware of people who are doing that.

All images by Fred Marmsater