Almost six weeks ago,  John  and  Debi Hazelden  began an incredible, never-done-before mission: to complete 100 triathlons in 100 days – Ironman distance for John, half for Debi. An on-going battle with injury has led John to hang up the shoes on his world-record efforts – but Debi is still breezing through Half Ironmans like an afternoon jog in the park. She’s even broken the world record – previously at 30 Half-Ironmans in a row. You can follow along on  their Facebook page  – but we’ve picked out a couple of the biggest plot points for you below. 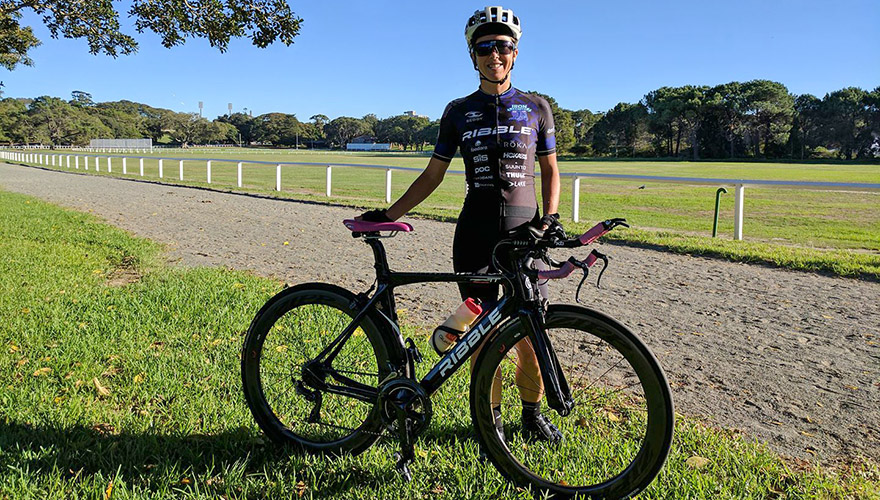 Debi Hazelden has broken the record of most half-ironmans in a row.

Debi’s on top of her game

With 40 runs, bikes and swims under her belt, Debi is going strong – and going quick, averaging just under 5.5 hours. While according to the daily update blog, she’s feeling the physical drain, she’s also full of energy and raring to go. And the pictures? Debi looks as fresh as a high-school track star pacing the 10-minute-per-mile group at the local Turkey Trot. Of course, Debi’s been sneaking a carrot cake every now and then – she deserves it!

…but it hasn’t been easy.

The biggest challenges up to this point? “Illnesses – Our 7 month old son goes to daycare and has had his first couple of viruses which have been passed onto me! I had Hand Foot and Mouth in the first week and in the 4th week I’ve had a cold.

Unfortunately for John, an injury had him sidelined on the advice of a doctor. Says John: "As most of you know, I have encountered a glitch on route to my immediate goal. I have an inflamed VMO muscle for which I am currently receiving treatment. The injury has prevented me from running.” It was the first the right one, then the left one – John’s done some physio and is back to logging KMs, but at well below intended volume, and he’s too far behind to catch up. What can he still do? Help Debi – which he’s doing plenty of, whether it’s beside her on the bike, in the pool, or on the track. 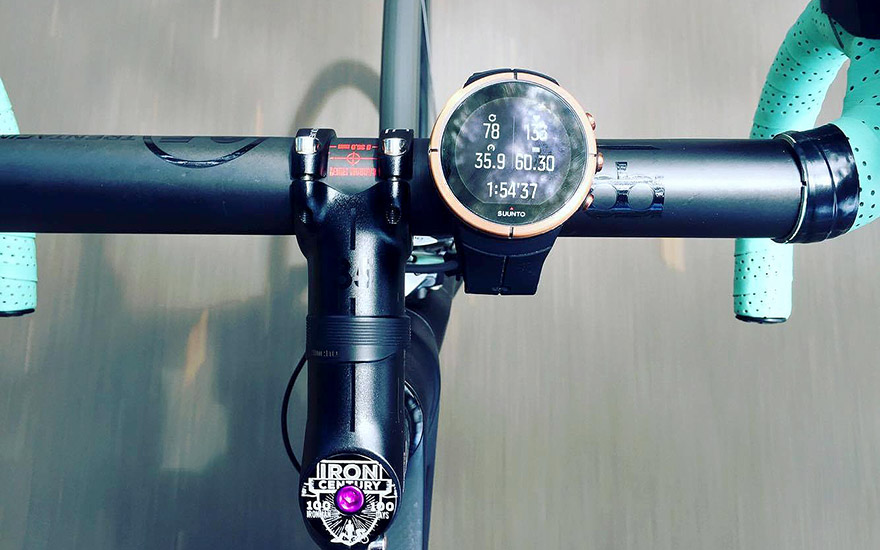 The weather’s been all over the place

From a high of 43-degrees celsius to wild thunderstorms with 70kmh winds, and one day with nearly ten centimeters of rain, the weather has been a challenge – especially when there’s no putting off your bike or run till the next day. Hey, at least in the pool you’re already wet.

She’s had plenty of help

A challenge like this is impossible without support – in addition to her core team, local members of the run/bike/swim community have been coming out to keep her company. If you’re in the area, head on down to Centennial Park and look for the white RV!

The swim is easy

"It’s definitely a surprise we look forward to the swim each day,” says Debi. “It’s not usually our favourite discipline. it’s like a recovery session for the body with no effort.” 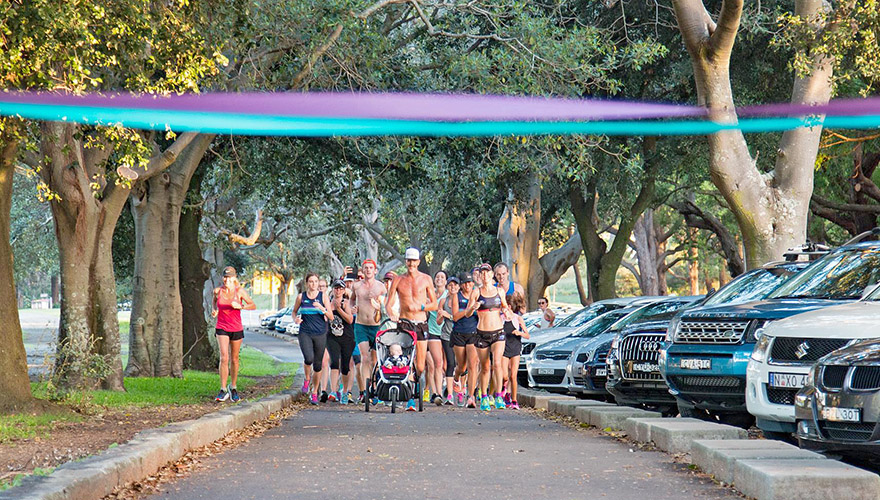 Ryder – and several others – joined Debi for the record-breaking day.

Don’t worry, Ryder has baby sitters – and a stroller

One of the most remarkable things? John and Debi are doing this less than a year after having their first baby. Ryder is logging plenty of distance on his personal Suunto as he gets pushed around on his stroller during the ‘run’ portion of the race.

With the world record already in the bag, some of the pressure is off – but the work’s not done yet. The goal is 100, and Debi’s less than half-way done. There’s sure to be more drama – follow along on their Facebook page and stay tuned here for more in-depth updates!