On Saturday August 3 at 5 AM (CET) the 17 th edition of Isklar Norseman Xtreme triathlon begins when 250 athletes from all over the world jump off the ferry in Hardangerfjorden. Learn about this epic race's beginnings from the guy who started it all: Isklar Norseman founder Hårek Stranheim .

Hårek: In 2000 only nine Norwegians had completed a long distance triathlon in Norway. I discussed with my good friend Bent what could be done to popularize this beautiful sport here in Norway. Bent wanted to start a triathlon club and he went and founded Oslofjord Triatlon Club. I wanted to organize and create a unique competition. I described the idea in an e-mail to Bent later the same day:

“I want to create a completely different race, make it a journey through the most beautiful nature of Norway, let the experience be more important than the finish time, and let the participants share their experience with family and friends, who will be their support. Let the race end on top of a mountain, to make it the hardest long-distance triathlon on earth. Since Norway has almost no active triathletes, we need to create a race that first attracts German triathletes, who can let the Norwegians discover that they are missing out on a great opportunity to have fun.”

Another purpose with Isklar Norseman was that I was always ending up last among the Norwegian triathletes; I simply wanted to recruit more lantern rouges into the sport. Bent did not fancy my idea too much. “I would never be able to finish this race”, he said. 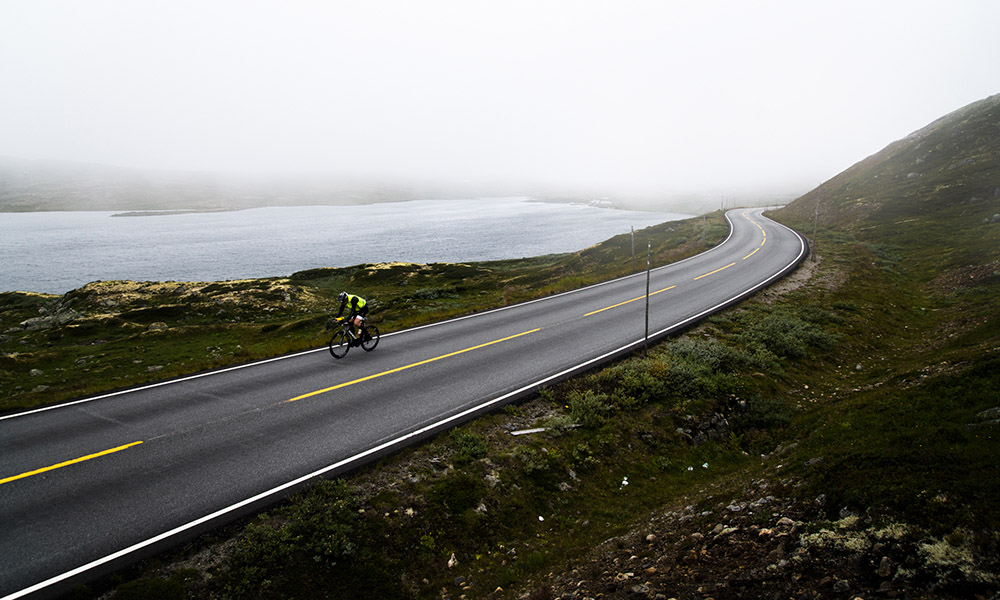 Tell us about the first Isklar Norseman.

Hårek: The pioneer edition was a great experience. When we finished the final route decisions for the 3,8 km swim, 180.6 km bike and 42,2 km run it was a beautiful A to B course. The swim was in the Hardangerfjord in Eidfjord, the bike segment was crossing the largest mountain plateau in Northern Europe, Hardangervidda, and the final run ended at the majestic Mt. Gaustatoppen (1883 m) in Rjukan. I believe the communities of Eidfjord and Rjukan thought we were crazy, but they gave us wonderful support and we knew it was something great going on.

How many people did the first race?

Hårek: 21 competitors showed up in Eidfjord July 19th 2003 and to their astonishment, I was also on the start line together with the rest of the organizing committee, so our wives and families had to organize the race, to their big surprise. 19 competitors reached the summit of Mt. Gaustatoppen later that day. 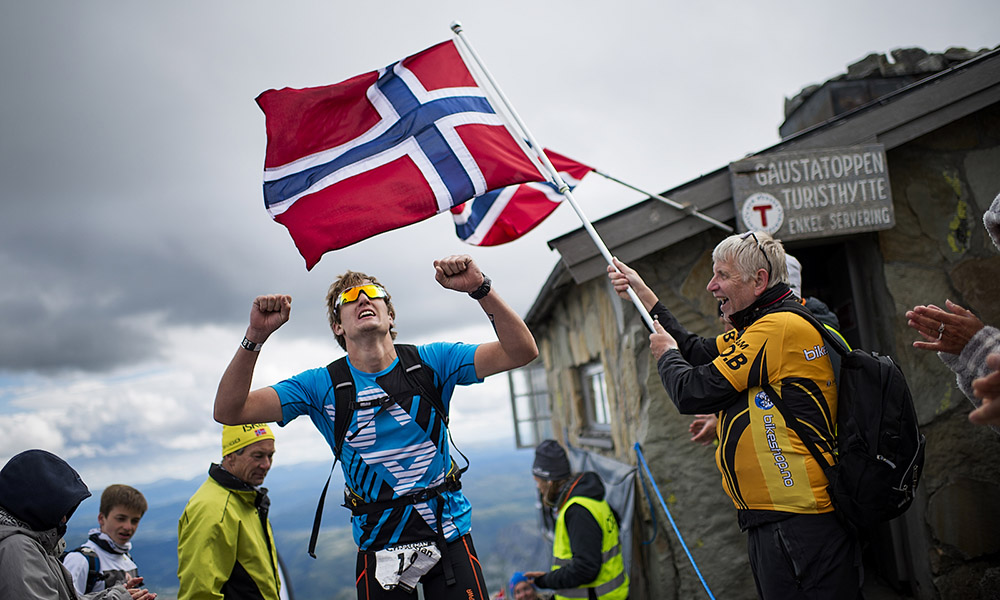 When the competitors cross the finish line on Gaustatoppen they will have climbed 5000 m. (Image by Agurtxane Concellon/ nxtri.com)

Why must you provide your own support for Isklar Norseman?

Hårek: The support aspect of Norseman is to create a race that competitors must share with their family or friends. They have to plan the race together and share the entire day together. Instead of excluding family and friends in the preparations for the race, the competitors must include them. It's hard work to be support during Isklar Norseman, but it is a great moment for both support and competitor to share all ups and downs in a long distance triathlon. The support teams put a lot of energy, and it's not unusual that they forget to eat race day – they are completely into their mission of getting their competitor to the finish line.

What is your best memory from the years with Isklar Norseman?

Hårek: There is a bunch of good memories from Isklar Norseman. The joy and excitement in Eidfjord before the event always gives me goosebumps. The electric atmosphere the evening before all the competitors jump into the water is really something all triathletes should experience once in their lifetime. But the best memory is probably to sit on a rock at the finish line at Mt. Gaustatoppen after a long day, with my support, looking at the course and scenery you have conquered in one day. 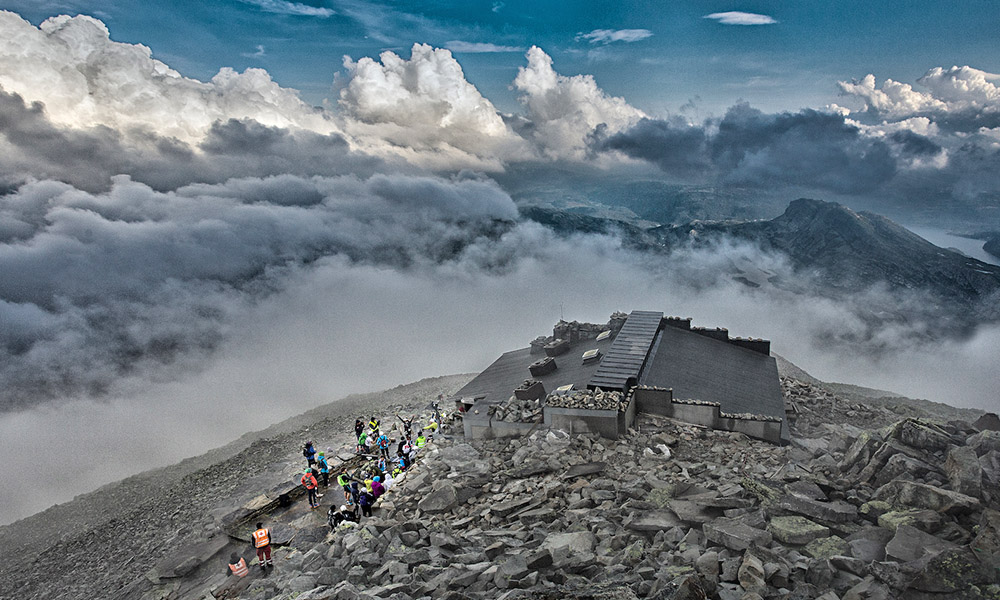 The race finishes on 1883m high Gaustatoppen, the highest mountain in Telemark county in Norway. (Image by Thomas Dahlset / nxtri.com)

Norseman is a long distance triathlon with a 3800m swim, 180km of cycling and a 42km run. When athletes cross the finish line, they have climbed 5000m of altitude.

Unlike a traditional triathlon, Norseman is a point-to-point competition. From Eidfjord on the west coast to the finish on Gausta peak in the east, Norseman takes competitors through the most amazing landscape Norway has to offer.

Every year race organizers hand out 250 slots in Norseman's famous lottery. Today the race is a proud host to athletes of all ages from all over the world. World champions like Björn Andersson, Jonas Colting and Tim DeBoom are among those who have made it to the top of Mt. Gaustatoppen – and they have all left with the same trophy: a black t-shirt.