Lucy Bartholomew on how to almost quit... then not

Lucy Bartholomew on how to almost quit... then not

Gut problems almost pulled the young Aussie out of the race. Then she took 5th place.

Ultra-runner Lucy Bartholomew is known for a few things: being an up-and-coming young gun on the distance scene, her constant grin, and of course, “bein’ ‘Strayan”. (That’s ‘being Australian’, in case you couldn’t figure it out.) After this year’s UTMB weekend, she’ll be known for another thing: comebacks. After contemplating a voluntary DNF just 30kms into the 120km TDS race at UTMB weekend, Lucy found a spark and picked up 25 female places, finishing the last 7km at a blazing 4:00/km pace, and taking 5th place overall for women.

“I was having some tummy issues early one in the race – and I just couldn’t get anything down. Water, food, gels – the second I brought it up to my lips I felt nauseous, and anything I forced down was just coming back up,” she says. Not long after the six A.M. start, Bartholomew was forced to walk a 15km downhill – which, as any runner can tell you, is a poor place to be losing time. “I think the extra jolting of the downhill just upset my stomach even more,” she said. 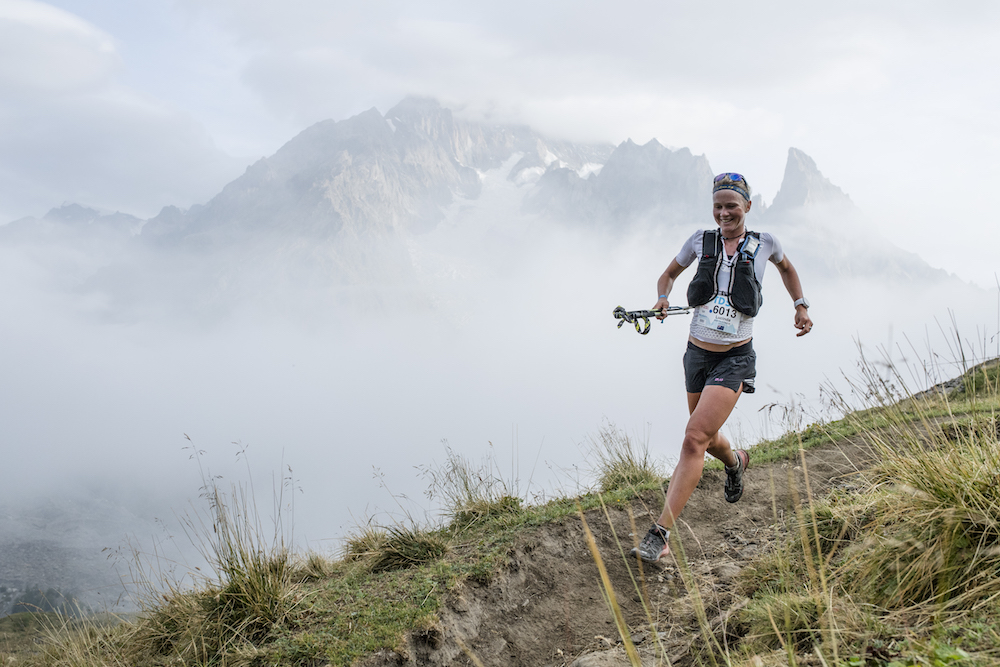 It was a shame – Bartholomew had been in Chamonix training and doing reccy for four weeks prior to the race, and she was coming off an impressive finish in the Mont Blanc 80, taking an unexpected 2nd place. The TDS route – more remote, with fewer aid stations, and more vertical per kilometer than UTMB – was to her liking. So coming off the downhill, she was going slowly and just waiting for her support – in fact, her dad who was also in the race – to catch her. “He probably would have told me to stop,” she says. What kept her going? Knowing what was coming – she’d done a proper three-day reccy before the race, giving her a solid overview of the entire course. “I think that helped – knowing what was ahead, no surprises.” And now? “Now I’m kind of glad he never drove by – it was something I needed to get through myself – and I learned a lot about myself out there.”

Nine hours into the race, she managed to get a shot block down her throat, and it stuck. “I’ve never been hit so hard by the sugar in my life,” says Bartholomew. “I think it was because I was just so empty. It really gave me a jolt and let me get back in the race.” She started passing racers, eventually roaring into town at the afore-mentioned speed, passing her last female competitor just 400 yards before the finish line.

While Bartholomew was still ‘disappointed’, the rest of us can agree: it was impressive display of resilience for the young runner. Now that it’s over, what’s in the plans? Lucy is happy to be home – and of course – more running. “It feels like I never left Australia – pretty happy to get back to my routine.” Potential upcoming races include the Ultra Trail Ning Hai in China – she’s not sure if she’ll do the 50 or the 100 – and the Capetown 100 in South Africa.

Next year, she might venture on to American soil. “I’d love to do the Hard Rock,” she says, “but I know people who have waited to get in [via lottery] for eight years!” Definitely not on the list? The Barkley Marathons or anything like it – navigation is not her game. “If it’s not on my Suunto watch, I’m not running – I’m not tough enough for that!”

Previous
Why Emelie Forsberg just loves to run
Next
Can an e-Car support an epic ski adventure? 100%.