It’s almost become a cliché: our biggest obstacle is usually ourselves. It’s not “out there”, but usually “in here”. Recognizing this marks an important transition in life. It’s often when we really start to fly as individuals.

In endurance sports our inner obstacles get magnified and compressed into a short period of time. Especially at the elite level, our head space has a massive impact on our game.

Suunto ambassador Anton Krupicka has had a long career as an elite endurance athlete. Through the years he’s had ample opportunity to explore what it takes to build mental toughness. It’s a slippery thing, he says. Something we must take hold of again and again.

Read on for Anton’s eloquent take on the secrets of mental toughness. 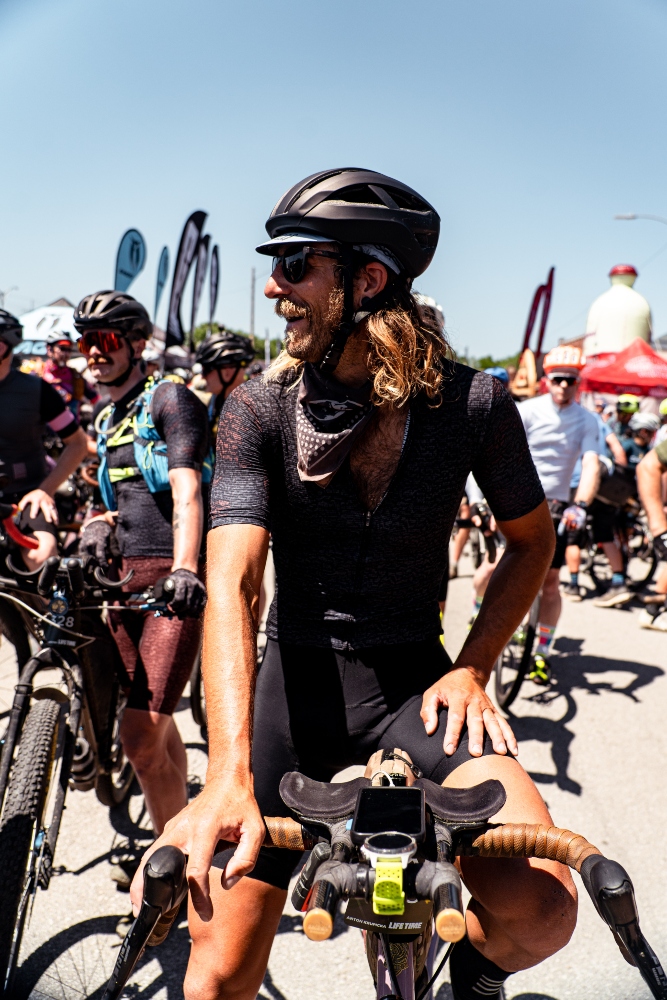 Waiting for the start at UNBOUND 2022. Photo by Sami Sauri

In 2021, when I first rode the Unbound XL–an approximately 350-mile (563 km) gravel race in the Flint Hills of Kansas–I came away from the weekend a bit, I don’t know, unimpressed, I guess. Underwhelmed, nonplussed. I hadn’t found the experience of riding my bike over the course of 28hr as emotionally affecting or significant as I had expected or hoped. Pedaling back into Emporia at the finish contained none of the end-of-race euphoria, relief, or satisfaction that I’ve come to associate with such ultra-endurance pursuits.

After letting the effort marinate for a few days, however, I realized the flatness of my experience was on me. For the first 250 miles (402 km) or so I had done a relatively good job of staying focused and engaged, riding to the best of my abilities. In the last 100 miles (161 km), though, I had let heat and drowsiness (the race starts at 3pm; riding through the night is mandatory) dominate my mindset; I basically soft pedaled the last 100 miles. At the finish, I already knew I had let myself down, and as a result, the whole event left me feeling unfulfilled. This didn’t sit well, and after some reflection, I was determined to return in 2022 with a more resolute attitude and give the event the opportunity to have an impact on me. There’s a certain kernel of truth to the cliche “nothing risked, nothing gained”. I hadn’t taken any chances, and I was, appropriately, not rewarded.

When the tough get going ... Photo by Sami Sauri

Recently, I was asked by a friend, after such a long career in endurance racing—primarily as a mountain ultrarunner—why do I still line up for races like the Unbound XL? It’s a good question, and I’ve asked myself that often. Over the last 15 years, my motivations for racing have shifted significantly. Ten years ago, I think I was still firmly operating from a place of seeking external validation. I was racing for my ego, to beat people, to garner respect from the community and my peers as a top athlete.

After years of injury, and a certain amount of maturation, however, my perspective has changed. I’ve realized that races are rare opportunities for us to try our best. To try to be at our best. Now, my motivation is not external—I would say my physical prime has passed, and, in general, I’m simply more comfortable with who I am and my place in the world.

Today, my motivation to race is more internal. I want to embrace the opportunity of working with other competitors to confront a significant challenge and be pushed and pulled to give it my best effort. To be proud of the way in which I conduct myself in the face of absurd difficulties. To fully experience life at an elevated level. The intensity of racing ratchets up the richness of life. So many emotions are crammed into a race—by time you get to the end, you feel as if you’ve lived a year’s worth of experiences, not just a day. Those are experiences that I never want to take for granted or stop seeking.

But, the nature of these events is such, that, to get there, you must, by definition, endure. This requires mental toughness. Last year’s Unbound XL taught me that a race is only as momentous an experience as the amount of effort that you put into it. Trying my best—regardless of finishing rank—is the essential ingredient to having an experience that will push me to grow, leave me satisfied and form a lasting memory. 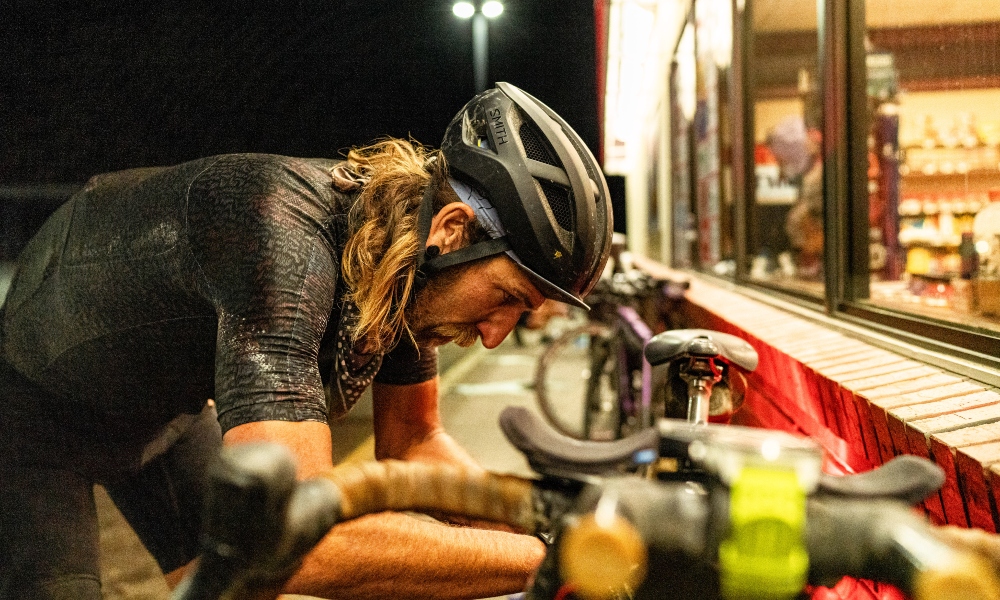 Sagebrush & Summits: A Tour of Enduring

About a month after the Unbound XL last year, I embarked on a three-week, 2300-mile (3700 km) bike tour that involved running and climbing six of the highest, most remote peaks in the Rocky Mountains. It was arduous. Every single day I was forced to confront some kind of weakness about myself, some inadequacy to deal with the challenge. For the first week or so, it was really tough.

By the end, however, I felt that I could detect a subtle, but important, shift in my mindset. When things got hard, it did not feel as mentally difficult to bear as it had at the beginning of the trip. I had realized an important lesson–when things got tough, they were only unbearable if I let my mind turn negative and project to somewhere in the future. If only this hill/headwind/washboard/rain/heat/dust (etc. etc. etc.) would end! If only I were already at the top of the climb, or the next gas station, or the next town! I realized that living with that future-focused mindset is untenable. If I let my mind fall into such a pattern, the task at hand would always feel interminable.

The alternative, of course, is to strive for contentment in the moment. Once I could accept my inadequacies in the moment and make peace with the fact that all I could do was try my best, the angst would fall away. The present moment would become bearable, even enjoyable.

That lesson was the great gift of that long tour. 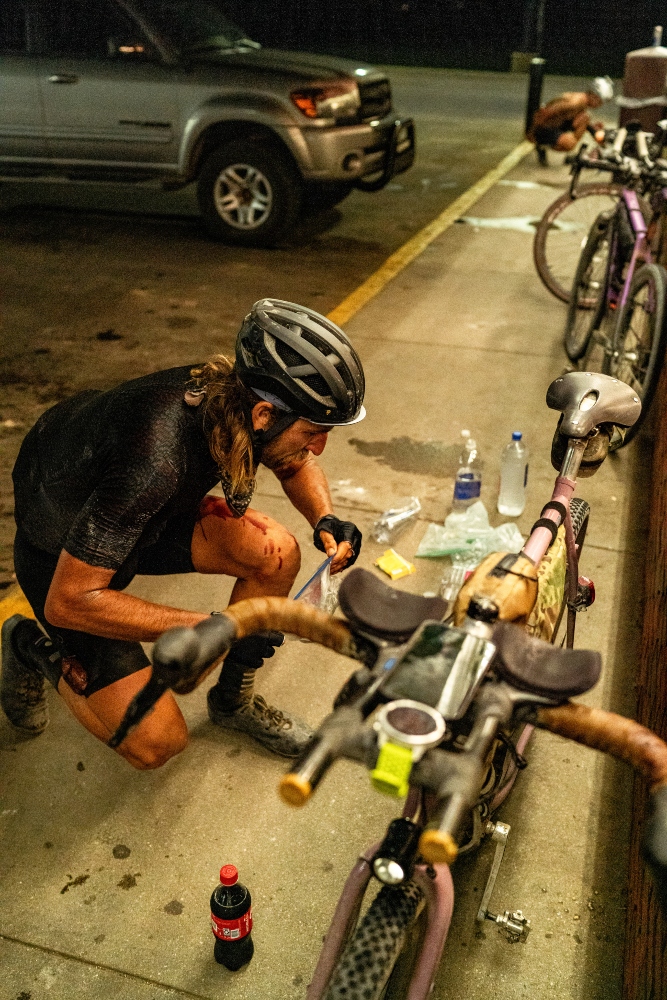 One thing at a time. Stay in the moment. Photo by Sami Sauri

In preparing for the Unbound XL this spring, I set out on a planned three-day tour of 150 miles a day in late March. My first night out went horribly. It was colder than I’d anticipated; my sleeping bag was too light. Out of desperation, I ended up sleeping in a Port-a-Pottie, desperate for any extra warmth. The next morning I woke up feeling depraved and haggard after hardly having slept at all. In defeat, I tucked my tail, and, after several cups of coffee, pedaled my bike the shortest distance possible back to my home (it was still over 100mi, but not at all what I had intended).

I had taken the lesson of the 2021 Sagebrush & Summits tour for granted. I thought I was permanently more mentally tough. This overnighter taught me that cultivating mental toughness—which really means mental equanimity in the face of hardship–was necessarily an on-going process. One never arrives at a state of mental toughness; it is a trait that must be constantly born anew.

I am satisfied to say that my experience at the Unbound XL a couple weeks ago was much different than last year. There were plenty of challenges. After only 70 miles I crashed hard, gashing my left knee, hip, elbow and hand. Despite all the raw wounds and torn up hand I was able to figure out a way to keep holding onto the handlebars for the next 280 miles. I fixed flats and didn’t give up when I no longer had anyone to ride with through the night. When the skies opened up with torrential rain in the last 50 miles, I just tried to smile and think about what a good story all the mud and water would make when we got to the finish line. I’m already looking forward to next year, but I know that having a satisfying race again won’t just happen. I’ll have to stay engaged and keep tending a mindset of contentment and equanimity. The trap of pining away for something different in the future is ever-present, but I’m now confident that with vigilance I can avoid it and have the adventure I’m looking for.

Find the right road surface for your adventure with Suunto app